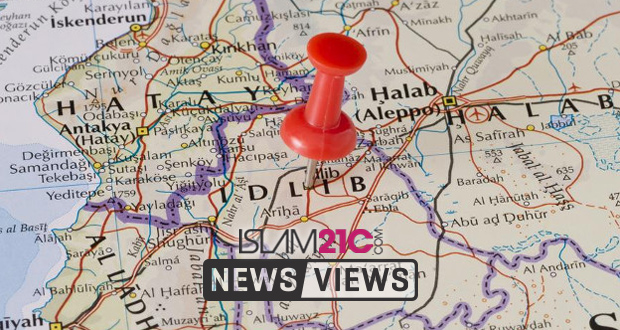 On Saturday, Turkish President Recep Tayyip Erdogan stated that “a serious operation” had been initiated in northwestern Syria’s Idlib province.  [1]

The operation has been launched by Turkish-backed Syrian rebel fighters in a region that embodies Syria’s most populated rebel-held area and is mainly controlled by Hayat Tahrir al-Sham (HTS). [2]

The move follows talks which took place in Astana and brokered deals aiming at ending the Syrian conflict. The main objective of the operation is to establish a “de-escalation” zone in the province of Idlib.

During a televised speech Erdogan stated, [3]

“Today, there’s a serious operation in Idlib and it will continue…We have opened up a space in our region with operation Euphrates Shield and now we are making efforts to take a step forward by maintaining security in Idlib,”

He further went on to add,

“We can’t tell them, ‘Whatever happens, happens. You can either die or survive.’ We have to extend a hand to our brothers. Now, this step has been taken, and it is under way.”

President Erdogan said that the operation was being led by the Free Syrian Army (FSA) and that Turkish troops itself had not yet intervened inside Syria. However, the Turkish army, Turkish commando units and military vehicles can be seen in the towns bordering the province of Idlib. [3]

This recent push has left many perplexed as to the intentions behind the incursion and has been received with mixed reactions. Turkey has supported and backed rebels that seek the toppling of Assad. However, both Iran and Russia are chief supporters of Assad and have strengthened his control over Syria.

Civilians in Idlib have been subjected to an escalation of bombardment of hospitals and infrastructure by the Russia and Iran-backed Assad regime, prompting the hashtag #IdlibisBurning.