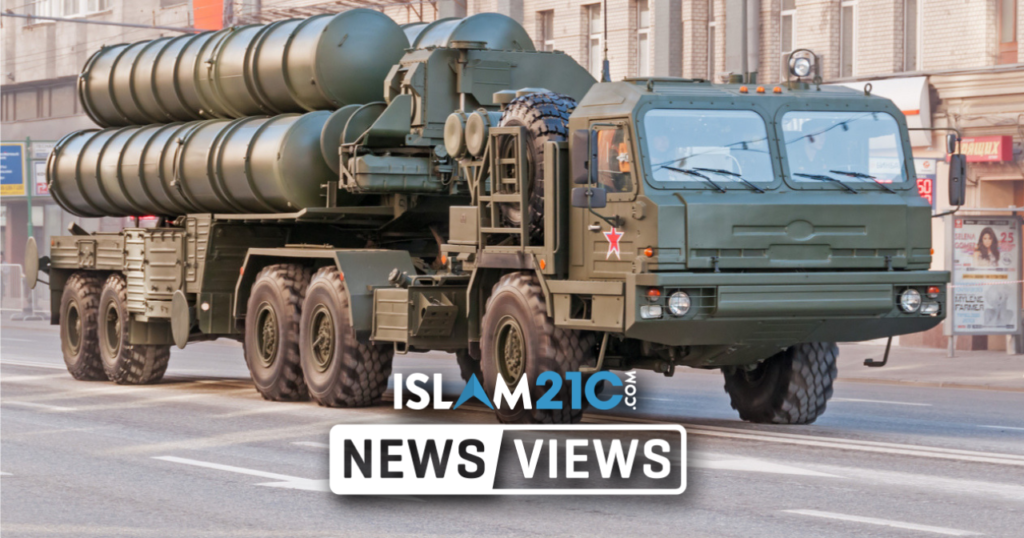 Turkey has received the first batch of the Russian S-400 missile defence system, ignoring warnings from the White House administration that it will no longer be a part of the F-35 fighter jet programme.

The first shipment, worth $2.5 billion, arrived on Friday at an air force base in the capital city Ankara, according to the Turkish ministry of defence. The US, a major NATO ally, has repeatedly warned Ankara that it cannot have both the missiles and the technologically advanced fighter jet.

The purchase will cause a further rift between the two NATO members as no other member has sought to acquire such advanced Russian weaponry. Furthermore, the US argues that the S-400 missile defence system is incompatible with NATO’s wider air-defence strategy in the region.

Moreover, defence officials in Washington DC are highly concerned that Russian technicians would be able to access certain vulnerabilities of the F-35 fighter jet and acquire secret and highly classified information regarding its technologies.

Turkey has heavily invested in the F-35 joint striker programme and Turkish defence companies produce over 900 parts of the fighter jet. It has also signed up to buy 100 of the US F-35 warplanes. It was due to be a regional hub for the F-35 programme and its maintenance.

The US has warned Ankara that it will remove Turkey from the programme if the purchase of the defence missiles went ahead, going as far as threatening them with economic sanctions. Washington has already halted the delivery of the aircrafts to Ankara and has suspended training of its fighter pilots.

Ankara, however, has argued that the missiles would be stationed at a separate location to the fighter jets. Moreover, the Turkish government has argued that the US did not provide an alternative missile system to counteract that of Russia’s and so it had no choice but to purchase the latter’s.

Despite threats from the White House of economic sanctions, Trump has reportedly reassured president Erdogan during the G20 summit in Japan that the US will not impose such a threat on Ankara.

Turkey is a major NATO member ally and has the second largest military in the 29-member military alliance. Its strategic position in the Middle East has allowed it to play a major role in the Syrian conflict, as well as in the conflict in Iraq.

Since the failed coup attempt that took place in 2016, in which Western nations and supposed allies of Turkey remained silent, Ankara has been building an independent foreign and defence policy. It has also been fostering closer ties to Russia, sending its soldiers to be trained by the Russian military and conducting joint military exercises.