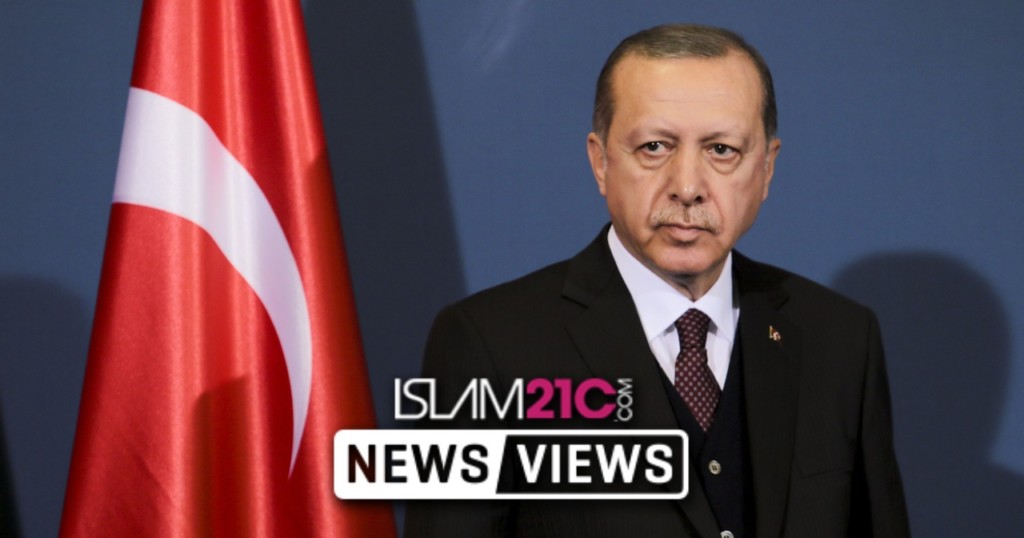 During the meeting of the Standing Committee for Economic and Commercial Cooperation of the Organisation of Islamic Cooperation (OIC) in Istanbul, Turkish President Recep Tayyip Erdogan called for the unity of Muslims and to overcome a history of division. He said:

“No one has the right to narrow the boundaries of brotherhood in Islam, drawn by our Lord and our Prophet.”

“As long as Muslims and people defend justice and freedom, Palestine will continue to exist.” [1]

He went on to say that Turkey will encourage its people to visit Al-Quds (Jerusalem) “so occupiers will not dim the lights of the holy city.”

Erdogan further added, “We should not fall into the trap of those who give more weight to a drop of oil than a drop of blood.”

He also reiterated the call he made for the reform in the structure of the United Nations’ Security Council, stating that it is a “must”.

Speaking about the conflict in the Middle East, Erdogan said that, “From Syria to Iraq, Yemen, Palestine, the crisis and the bloodshed in the region stems from the lines drawn after World War I”.

He added, “If millions are poor and starving in Yemen, Muslims are responsible for that and not others.”

Turkey has long been seen as one of the most generous countries through its concern for humanity across the world, leading in humanitarian projects emphasised by Islam.