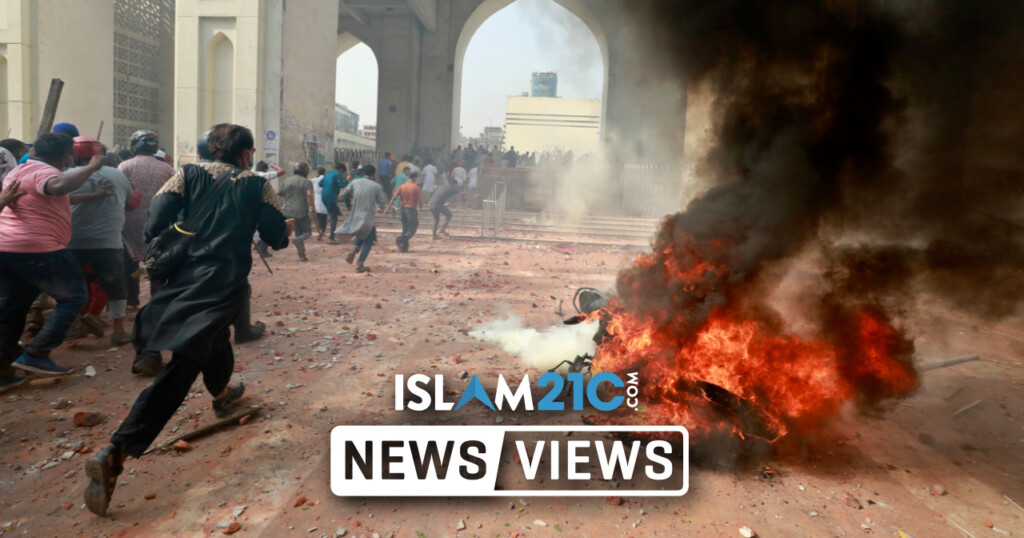 The 26th of March marked the 50th anniversary of the independence of Bangladesh from Pakistan, but the jubilant mood felt by Bangladeshis was short-lived as protests erupted concerning the two-day state visit of neighbouring India’s leader, Narendra Modi. [1]

Speaking at the National Parade Square in Dhaka, Modi revealed that he was arrested after partaking in a nonviolent protest calling for Bangladesh to be granted independence. In his speech, Modi said:

“I must have been 20 to 22 years old when my colleagues and I did a Satyagraha for the freedom of the people of Bangladesh. I was arrested and had an opportunity to go to jail in support of Bangladesh’s Independence.” [2]

The visit by the Indian Prime Minister, on invitation from the Bangladeshi Prime Minister Sheikh Hasina, unleashed widespread protests across the Land of Bengal, with tens of thousands demonstrating in regions including the capital city of Dhaka, the district of Brahmanbaria, and the wider port city of Chittagong.

Many have expressed their anger towards the nationalist Indian PM attending as a guest of Sheikh Hasina, the daughter of the late founding father of Bangladesh, Sheikh Mujibur Rahman.

Al Jazeera reported that five people died in the protests on Friday, with six more on Saturday. [1] Rubber bullets and teargas were used by riot police as protesters took to the streets to call out the then-Chief Minister of Gujarat, Modi, for his reportedly incendiary role in the 2002 Gujarat riots, where over 1000 people died, the majority of whom were Muslims. Today, Modi heads India’s ruling Bharatiya Janata Party (BJP) as the Leader of the Lok Sabha. [3] [4]

Bangladesh’s Golden Jubilee milestone was marred with demonstrations against India’s right-wing leader, who has consistently espoused anti-Muslim sentiments. In December 2019, Modi succeeded in rustling up support for and ultimately passing the Citizenship Amendment Bill, which permits immigrants of Buddhist, Christian, Hindu, Sikh, Jain, or Parsi religious adherence to legally become Indian citizens. Included in the bill are those who entered India prior to 2015 from the countries of Afghanistan, Bangladesh, and Pakistan. Notably absent in the religious criteria are Muslims. [5]

In addition to the anti-Muslim sentiment pushed by the BJP and Modi, protesters also vented their anger at the worsening situation in Jammu and Kashmir, which was stripped of its unique autonomous status in 2019 and brought under federal control in an attempt to begin the erasure of its Muslim identity. [6] [7]

Go back Modi Go back!

First time in the history, any Indian PM has faced such outrage on his visit to Bangladesh. The protests are against Modi Govt's treatment to Indian Muslims, Kashmiris. 4 protesters have been killed, many injured. May peace prevail! pic.twitter.com/ktD4UiaLvV

The protests reflect more broadly on disgruntled citizens who are furious with the government’s record on police brutality and extrajudicial killings, with demands that fair investigations take place to review forced disappearances and police shootings.

A truly bitter tinge remains during what was supposed to be a 10-day blockbuster celebratory period for Bangladeshis after finally reaching the half-century anniversary of their agonisingly hard-fought war of independence in 1971, which included the horrific genocidal mass rapes of between 200,000 to 400,000 Bengali women by Pakistani soldiers and militias with the aim of producing a generation of children loyal to Pakistan. [8]