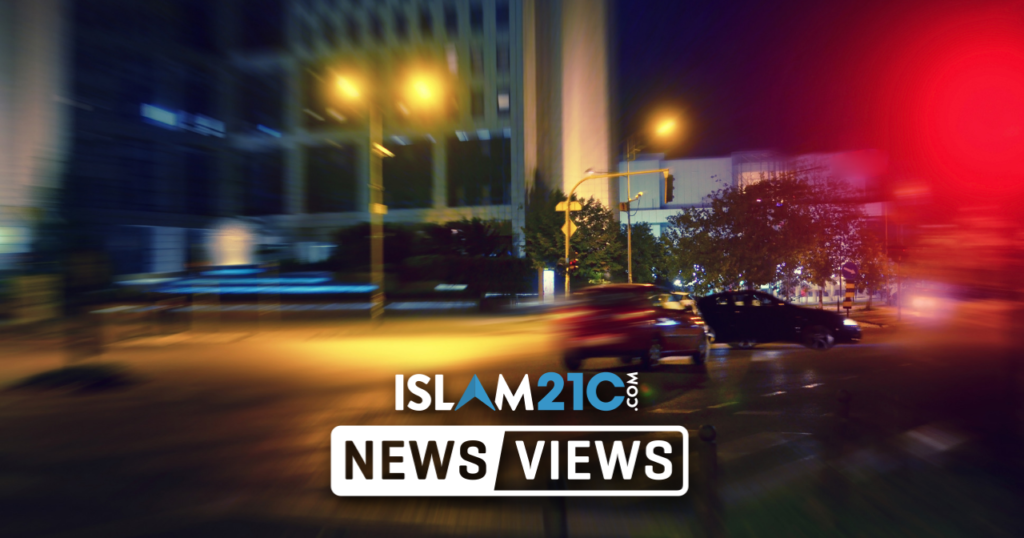 A man in his 40s and a teenage boy have been struck by a vehicle outside Masjid At-Taqwa on Humberstone Road around 1 am. They are believed to be father and son. [1]

Alhamdulillāh, Leicestershire police have confirmed that the man is now in a stable condition, with the teenage boy sustaining only minor injuries from the incident.

In a statement on Facebook, the masjid confirmed that the man had attended tarāwīh prayers:

Usman Ali, a committee member of the masjid, described the incident:

“The prayer finished at around 1am and slowly the congregation started exiting the mosque and returning to their vehicles.

About 10 minutes after they ended there was some commotion outside, and obviously people started coming out to see what had happened.

We’d seen that one of our attendees who was crossing the road from this side to the other side of Humberstone Road was struck by a vehicle.” [2]

He continued to say that one of the worshippers attending tarāwīh prayers had been a doctor and was able to “support the situation” until emergency services arrived. [2]

After the news of the alleged hit-and-run, CCTV footage revealed the “terrifying moment” of two sisters almost being struck by the same vehicle. [3]

Sisters Saira and Asiyah Waraich said they had been crossing the road when they became aware of the fast-approaching vehicle. Saira, who had gone to get Eid gifts from her uncle’s car, said the driver “swerved” towards them:

“The car’s come close. He’s diverted his steering wheel to us, so I grabbed my sister’s hand, I push her back, I step back myself, and the car comes right past me, hits my shopping bag, hits the other guy, who was crossing the road as well.” [3]

“He does a U-turn, and the same car comes speeding back, and that time was when my nieces had taken the gifts from me, and I hear a very loud noise – bang – at which point we ran and had a look, and in that time, the car was gone.” [3]

Suleman Nagdi, a spokesperson for the Leicester-based Federation of Muslim Organisations (FMO), told LeicestershireLive, however, that it is believed that the driver “did not deliberately drive at the pedestrians” and the incident is currently not being treated as “terrorist-related”.[4] There is also a bid to track down the vehicle.

The news of the hit-and-run comes days after the memorial of the Finsbury Park attack in Ramaḍān in 2017. It is important to remember that although such cases have occurred, Muslims should not be fearful. Instead, we should remain vigilant and take necessary precautions to protect ourselves and the congregation, in shā’ Allāh.

Should anyone have any information regarding the hit-and-run, they are advised to call the police on 101, quoting incident 19 of 30 May.[5]

We ask Allāh (subḥānahu wa taʿālā) to grant the victims a full recovery and to protect us all from such incidents. Āmīn.