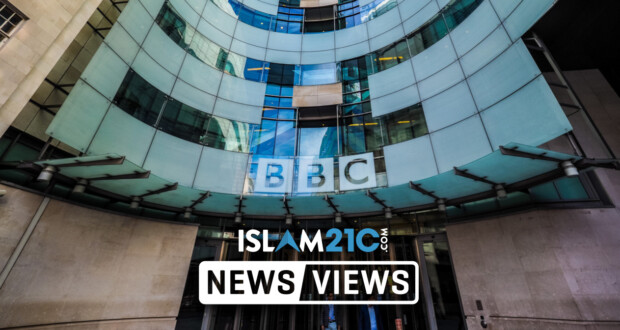 This news has caused great controversy as Johnson continues efforts to push the UK more into line with the path that the US is on, with President Donald Trump being as divisive as ever with only weeks remaining until the US general election in November. [2]

Paul Dacre, known for his Islamophobic views and remarks, was appointed as editor of The Daily Mail in 1992, a position he held until 2018 when he stepped down. Dacre continued as editor-in-chief of the broader holding company DMG Media, which also owns and publishes The Mail on Sunday, Metro, MailOnline, and I, amongst other newspapers.

Under Dacre’s editorial watch, Richard Littlejohn, a journalist at The Daily Mail, wrote a highly bigoted and unsurprisingly offensive article in 2014 on a private event held at Legoland that was organised by the MRDF (Muslim Research & Development Foundation), coincidentally led by one of Islam21c’s most prominent and respected authors, Shaykh Dr. Haitham al-Haddad. [3]

“So what can the lucky revellers expect when they arrive?

9.50am Rear coach packed with explosives stops in Parliament Square. As Big Ben strikes ten, driver will blow himself up, en route to Paradise, where 72 virgins await. In the event of heavy traffic, he will detonate in the Blackfriars underpass.

10.30am Arrive Legoland, Windsor. Coaches containing women and girls to use segregated car park and entrance at rear. Guests are reminded that music and dancing are punishable by death. Mobile phones are also prohibited, because they may inadvertently set off the hi-viz suicide vests being worn by our own security personnel…” [4]

The outrageous excerpt above continues for another 13 paragraphs. At the time, various Muslim organisations wrote letters to Dacre expressing their utter condemnation for allowing such a piece to be published, but it comes as no surprise that the article remains online. Littlejohn remains a journalist for The Daily Mail. If this utter vitriol was deemed by Dacre to be acceptable to print, how can we have any inkling of trust that he will perform an unbiased job as chief executive of Ofcom?

Lord Charles Moore is not much different to Dacre in his views on Islam and Muslims. In a 2004 article on opposing proposed legislation aimed at preventing incitement of hatred towards religion, Moore said:

“It seems to me that people are perfectly entitled – rude and mistaken as they may be – to say that Mohamed was a paedophile, but if David Blunkett gets his way, they may not be able to…” [5]

With this pair of Islamophobic men at the top of the two biggest broadcasting organisations in the UK, it will be inevitable that hatred and bigotry aimed at Muslims will increase. It remains to be seen whether either or both accept the offers put to them by the Prime Minister, but it will certainly be a huge change not only for the future of the BBC, but also for Muslims in the country. [1]

2020-09-27
Shaheer Choudhury
Previous: Why I am leaving the Labour party
Next: Muslim Students – Be a Force to Be Reckoned With