Are you ready for our first ever NATIONAL CAMPAIGN?
Home / News / UAE announces ‘progressive’ new laws in favour of cohabitation and alcohol consumption 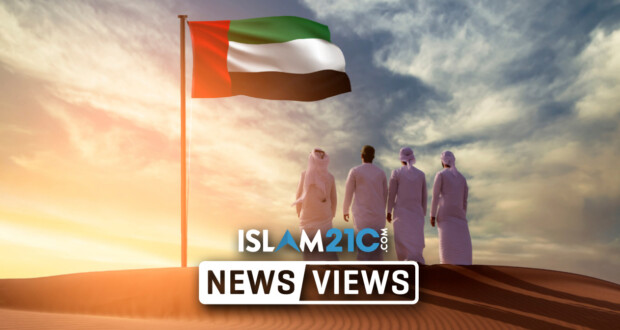 The announcement comes after the recently US-brokered deal to normalise relations between UAE and ‘Israel’, which furthers the country’s agenda of robust tourism with an influx of Israeli tourists. The reforms to ‘improve legislation’ aim to boost the Gulf country’s social and economic standing and “consolidate the UAE’s principles of tolerance”.[2]

“I could not be happier for these new laws that are progressive and proactive,” said Abdallah Al Kaabi, an Emirati film-maker who has explored taboo topics such as homosexual love and gender identity. Al Kaabi welcomed the changes, adding that “2020 has been a tough and transformative year for the UAE.”

Under the new changes, penalties for consumption, sale, and possession of alcohol – all of which are considered a major sin in Islam – will be scrapped for those aged 21 and over.[3] The Prophet (sall Allāhu ʿalayhi wa sallam) had prophesied that such a day would arrive when he said:

“There will come a time where people will not care regarding what they take from Halāl or Harām.” [4]

Previously, individuals residing in the UAE would need a government-issued licence to purchase, transport, or have alcohol in their homes, although it was widely available in bars and clubs in the country’s luxuriant coastal cities. The new rules would forgo Muslims from requiring a licence. Muslims have until now been barred from obtaining a licence to drink alcohol freely.

Another amendment allows for “cohabitation of unmarried couples”, which has long been a crime in the UAE. Western tourists have long considered the more free-wheeling financial hub Dubai a popular holiday destination. However, authorities would choose to look the other way when it comes to foreigners committing such acts, but the threat of punishment would still persist for such behaviour.

The Qur’ān has spoken of Zinā (fornication) and the consumption of alcohol, and has even elaborated on their consequences and denounced them with the harshest of expressions.

The UAE’s dramatic modernisation of personal law will now permit foreigners to avoid Islamic courts on issues such as marriage, divorce, and inheritance.

The announcement, however, did not include reforms to current behaviour deemed insulting to local customs and which have landed foreigners in jail, such as acts of homosexuality, cross-dressing, and public displays of affection.

Next year, the UAE is preparing to host the high-stakes World Expo after it was pushed back a year because of the global pandemic. The event is planned to bring a flurry of commercial activity and some 25 million visitors to a country that bills itself as a skyscraper-studded destination for Western tourists, fortune-seekers, and businesses.

“This is not progress at all. If the UAE wants a more ‘liberal’ society, they have missed the point as the cornerstone of traditional liberalism is to allow people to criticise absolute regimes without being incarcerated and to choose their own leaders.”

“The overwhelming majority of UAE nationals are Muslims who would choose a lifestyle that follows the sensibilities of Islam. Relaxing laws against alcoholism and promiscuity is only borrowing the diseases of the ‘liberal’ world. As they are being forced on an otherwise Muslim nation, such laws do not show that these tyrants and oligarchs are becoming progressive, but instead that they are simply more debauched dictators that are ever more detached from any remaining moralities.”

2020-11-08
Hamza Saleem
Previous: The Ingredients To Khabib Nurmagomedov’s Success
Next: Increased use of stop and search may result in criminalisation of BAME citizens 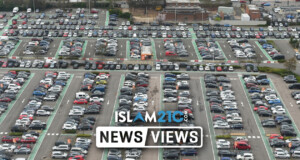