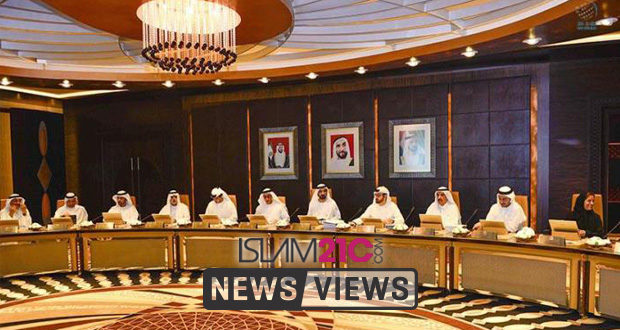 An ambassador for the UAE in Washington has admitted that “Saudi Arabia, Jordan, Egypt and Bahrain […] want strong, stable and prosperous secular governments” in the Middle East, as opposed to Qatar, which he claims wants the opposite.

In what seems to be a desperate attempt at salvaging dwindling support for the Gulf Cooperation Council’s (GCC) besiegement of Qatar, he held that Qatar’s support of groups such as the “Muslim Brotherhood, Hamas, Taliban and the Islamic militias in Syria and Turkey” proves this.

In the TV interview in which he made these remarks, there was no mention of the reason behind Qatar’s support for these groups which, according to Qatar, were supported due to their being democratically elected governments of their respective nations.

The Muslim Brotherhood, for example, was elected into government democratically and ratified by Egyptians on five consecutive occasions; the first constitutional change referendum in March 2011, the People’s Assembly vote in January 2012, the upper House of Parliament or Shura council vote in the same months, and the Presidential Election.

In January 2006, Hamas democratically won a dominating majority in the Palestinian Legislative Council (PLC) while the ‘Taliban Embassy’ was set up to sponsor US-brokered peace talks between the group and the incumbent Afghani Government.

Instead, al-Utaiba’s government has, since the brutal crackdown on pro-democracy Egyptian protestors that killed over 3000 innocents, channelled tens of billions of dollars to the complicit coup government of Abdel-Fattah el-Sisi.[1] It has furthermore supported CIA-trained Khalifa Haftar in his attempts to overrule the internationally recognised Government of National Accord (GNA) in Libya.

The UAE has since even been accused by US intelligence agencies of hacking Qatar state media,[2] which sparked a Gulf Cooperation Council (GCC) sponsored siege on Qatar for the latter’s alleged support of ‘extremism’. The siege has had a significant humanitarian impact, particularly on Qatari citizens living in GCC states, including mixed-citizenship families facing the prospect of separation. The UAE has promised Qatar ‘sympathisers’ with up to 15 years in jail and a fine of at least 500,000 Dirhams (more than £100,000).[3]

More recently, rights groups have accused the UAE, acclaimed aspirer to “strong, stable and prosperous” governments, of backing the torture and disappearances of dozens of people in Yemen.[4] A Human Rights Watch investigation found UAE operating two of 11 secret prisons in southern Yemen, where torture is rife, including heavy beatings, sexual assault and threats against detainees and their families.

This is not to mention its participation in the bombing of Yemen, one that has resulted over 18 million Yemenis requiring humanitarian assistance and created the largest food security emergency in the world according to the Emergency Relief Co-ordinator to the UN Security Council, Stephen O’Brien.[5]