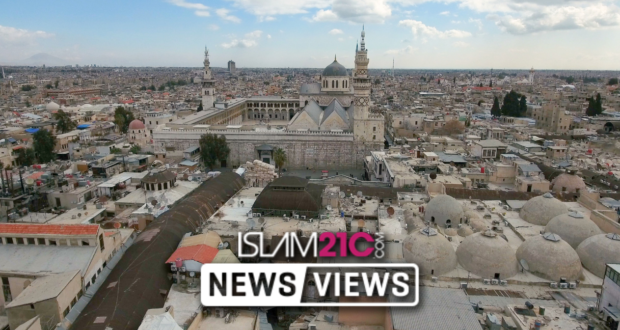 The United Arab Emirates (UAE) reopened its embassy in Damascus after having closed it down seven years ago in the wake of the revolution against the regime of Bashar al-Assad.

Abu Dhabi had recalled its ambassador to Damascus in 2011 as the Syrian people rose up against the regime of Bashar al-Assad before the demonstrations morphed into a complex and long drawn out civil war.

The embassy was reopened at 1:30pm local time at an event in which journalist were invited to cover the occasion.[1]

According to AFP, an ambassador has not been appointed as of yet, however, there were two diplomats present at the opening event. [2]

The reopening of the embassy follows the latest visit to Damascus by Sudanese president Omar al-Bashir and the Arab League’s readiness to readmit Syria back into the bloc after an eight-year hiatus.

The UAE was one of several Gulf countries to have armed and funded various opposition groups in Syria.vThese latest moves however signals a reversal of Abu Dhabi’s anti-Assad stance and has been interpreted as an attempt by Arab regional powers to normalise ties with the Assad regime. It has also been seen as steps to draw Damascus away from its traditional backers in Tehran and Moscow.

The UN has estimated that around $250bn will be needed to rebuild the country. However, the global body has said that Assad will not receive a penny until he engages with the UN peace process. [3]

The conflict in Syria has entered its 7th year with over 500,000 deaths and no signs of de-escalation. The crisis has increased tensions between the U.S. and Russia and has brought about a gridlock in the UN with Russia vetoing any resolution brought forth by the U.S and its allies.

Previous: Syria to be readmitted to the Arab League
Next: Sudan protests turn violent as police fire live ammunition