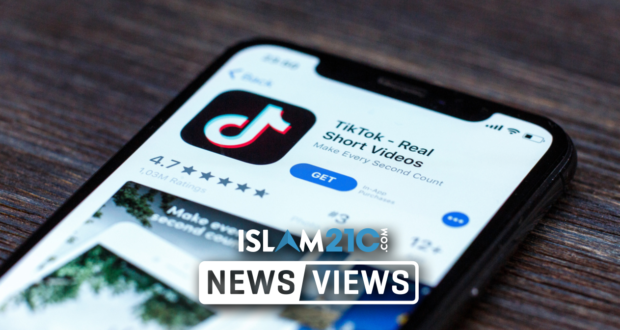 Following a ban by Facebook and Twitter, Britain’s Far-Right are turning to new methods to share their hateful views; with TikTok the latest platform to host them.

The Chinese social media platform, popular with teenagers in particular, has recently had the likes of Britain First and Tommy Robinson join and freely continue to spread hate.[1]

Tommy Robinson, whose real name is Stephen Yaxely-Lennon and who was recently released from prison, joined just a few weeks ago amidst the Covid-19 pandemic, racking up over 20 thousand followers already. He states in his biography:

“Banned from all western social media, lets give the Chinese a go”[2]

It is ironic that they have re-airing their anti-immigrant views during a time when the entire nation is feeling appreciation towards the immigrant community, many of which continue to work in key roles in the NHS, transport and other areas. As widely reported, the first five doctors to pass away from Covid-19 during the course of treating patients – were all of Muslim background.[4]

While the media’s onslaught of Muslims, immigrants or those of African and Asian backgrounds and their contribution to society also continues, the brave men and women in the NHS did not just embody ‘British values’, but also ‘Islamic values’, continuing to serve on the frontline amidst the life-threatening nature of their work.

“And whoever saves one – it is as if he had saved mankind entirely.” [5]

Many on social media have pointed out the irony, with one commenting with regards to the number of immigrants in the NHS:

“People that would have voiced their distasteful opinions on immigrants     six months ago are now clapping for them at 8pm!”

The Chinese application responded saying that it was investigating certain posts, but did not confirm which; and there is little confidence in their willingness to take the required measures given the state treatment of Muslims in West Turkistan, who continue to be held in concentration camps where there is plentiful of evidence of numerous atrocities being carried out against them.

This concern is furthered by how TikTok reacted to a young user using her account to draw attention to these camps, as she claimed that they blocked her account for a month – although TikTok denied this.[7]