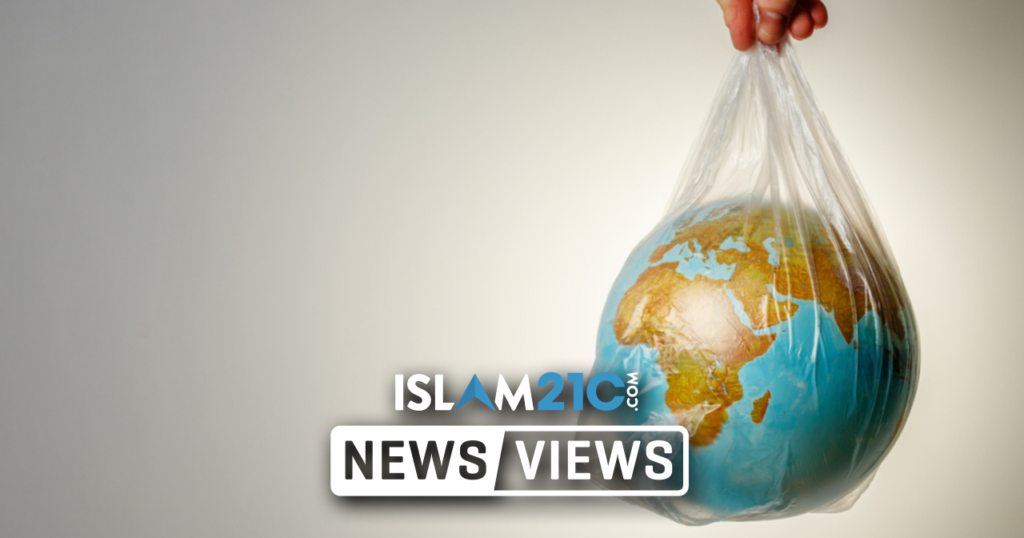 On a spiritual dimension, the month of Ramaḍān is a time that allows Muslims to become the best version of themselves individually. This year, in addition to this, some mosques up and down the country have taken the initiative to better themselves communally for the sake of our environment.

A survey conducted in 2013 found that 93% of the global Muslim population fast in Ramaḍān. [1] Therefore, it must come as no surprise to know that we spend more time at the mosque during this religiously intense month. In these mosques, iftār meals are available for all, and light refreshments are provided for the late-night tarāwīh prayers.

In this situation, the term “strength in numbers” does not always apply, for the amount of waste, that comes as a result of the plastic cutlery, cups, and water bottles, has warranted the hiring of skips to remove the huge amount of waste left behind by mosque attendees. [2]

To combat this issue, mosques such as Green Lane Mosque in Birmingham and Dar ul-Isra in Cardiff have taken active steps to become eco-friendlier. In previous years, they would distribute plastic water bottles to the congregation every night, leading to a lot of waste.

“As Muslims, we need to be careful about being wasteful, and even more so in the month of Ramaḍān. However, every Ramaḍān, our waste output increases with plastic bottles, Ramaḍān timetables, donation forms, and letters. Much of this can be reduced with some simple thinking.”

His words reiterate that of Allāh (subḥānahu wa taʿālā), in which He says in the Qur’ān:

“Eat and drink, but do not waste. Surely, He does not like the wasteful.” [5]

Following the command of Allāh (subḥānahu wa taʿālā) and reviving the sunnah of the Prophet (ṣall Allāhu ʿalayhi wa sallam), the centre has purchased reusable bottles and installed water fountains to act as filling stations.

The General Manager of GLMCC added:

“Over Ramaḍān, Green Lane Mosque and Community Centre is visited, on average, by over 3,500 people every night and over 5,000 people on the weekends and busier nights.

This doesn’t include the 300 to 400 people that are also fed every night during iftār, when ending their daily fast. It’s estimated that we distribute an average of 800 to 1,000 bottles every evening in Ramaḍān. This generates a shocking amount of plastic waste.

With this in mind, we have taken the decision not to issue plastic water bottles to our congregation this Ramaḍān.

Instead, we have purchased reusable bottles that we will be selling at a subsidised cost to the congregation. We will also be installing water fountains to act as filling stations.” [2]

“We are God’s ambassadors on Earth as He says in the Qur’ān. It is an obligation to look after the Earth and the environment He has given us. So, the greening of Dar ul-Isra is to act as an example for our own community.”

Recycling may be the last thing that occupies our minds this Ramaḍān, but we need to take heed and do our bit. Instead of taking up space in the country’s overflowing landfills, this seemingly small initiative can make a significant difference.

To cultivate our environmental consciousness and for our stewardship of the earth, there are countless individual actions we can do to save money and make an effort to minimise the environmental impact. As the people in the mosque increase, so does the demand for food and water. What will suffer the most, however, due to the exponential rise in waste, is the Earth.

“Take care of this Earth for she is your mother. No one does good or evil on her, except that she will speak of it (on the last day).” [6]

So, let us take heed in this ḥadīth and follow this small initiative in order to take better care of our environment, in shā’ Allāh.