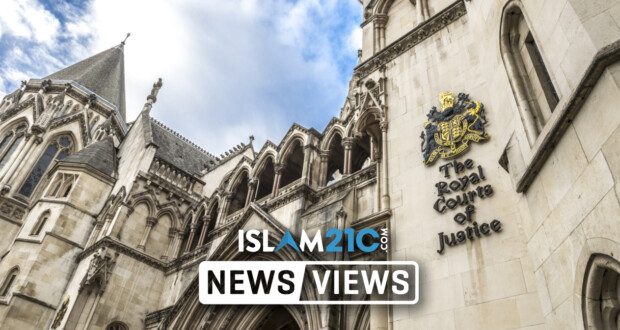 The Henry Jackson Society (HJS) has agreed to pay libel damages to Huda Television Ltd (Huda) – an edutainment satellite channel that broadcasts family-friendly and Islamically-themed programmes – after the latter claimed defamation against the HJS.

In addition to covering legal costs during the High Court case that spanned almost two years, the HJS have published a retraction of the allegations and have apologised to Huda on their website and on Twitter.

Critics have called the report published by the HJS, titled Extremism on the Airwaves: Islamic Broadcasting in the UK, repeated myths, stereotypes, and vacuous statements about the threat of Muslims in the UK. This was no doubt designed to compensate for the lack of statistical significance, academic rigour, and general basis in empirical reality.

The public retraction, which will remain on the HJS website, said:

“In the Report published by the Henry Jackson Society titled ‘Extremism on the Airwaves’, authored by Emma Webb and published on 21 November 2018, and in an accompanying news release and a summary on our website, we identified Huda Television Limited as one of the channels that we stated “have faced an ‘insufficient’ and ‘concerning’ lack of regulatory scrutiny” in the UK. In particular we stated that a number of articles appearing on the website www.huda.tv were published by Huda Television Limited and that its channel regularly publishes content containing Islamist extremist subject matter. This was incorrect. The articles were in fact published by a separate Egyptian based entity called Huda TV, which operates the website www.huda.tv. No such content appears on Huda Television Limited’s website (www.hudatv.co.uk).”

“Further, we stated in the Report that nine identified extremist speakers, whose profiles were listed on the website www.huda.tv, had appeared on Huda Television Limited’s channel. This was incorrect in relation to the majority of the speakers identified. We also accept that it was wrong to suggest that Huda Television Limited almost ubiquitously hosts well-known extremist speakers.”

Instead of focusing on legitimate criticisms, the HJS attempts to divert attention towards the country’s (independent) judicial tradition and funding of mosques and Islamic projects throughout the world.

Jamil Rashid, Director of Huda, spoke of the mental distress suffered by him and the workers at the television station since the report was published on 21st November 2018:

“The publication of the 2018 report falsely accusing Huda of extremism has had a massive effect on me personally and on the company. The last 2 years have been a nightmare. The allegations that The Henry Jackson Society made were completely untrue and today’s apology has completely exonerated us. This should serve as an example to everyone, especially The Henry Jackson Society that they cannot smear anyone with lies and inaccurate reporting and if they do, they will pay a price for it.”

“I would like to thank all the people who have championed me throughout this struggle for vindication, including my friends and family. I would also like to give a special thank you to the defamation team @SaracensSolicitors and Mark Henderson @DoughtyStPublic”.[2]

“This is the modus operandi of those that feed off ancient racist stereotypes, lies and mythology. Use the ill-gotten privileged platforms to stir up hatred and panic among the foolish, and then quietly retract it when the truth catches up. The ancient saying “A lie is halfway around the world before the truth has its boots on” is only magnified by the fact that fake news spreads six times as quickly than accurate news in today’s algorithmically-controlled, automated information world – just exactly who the algorithms belong to and structurally favour is a topic for another day.[3] But we should celebrate whenever Muslims and other victims fight back to make it less and less economically viable for industries based on lies to carry on, and it is only a matter of time that falsehood perishes, and the end is for those who persevere with truth patiently.”

Who are the Henry Jackson Society?

The HJS have previously been exposed of receiving funding from notorious foreign Islamophobes, including Nina Rosenwald,[4] dubbed the “sugar mama of anti-Muslim hate”.[5] The HJS was previously forced to withdraw from parliamentary groups in 2014 for refusing to disclose its donors to the House of Commons’ watchdog,[6] prompting accusations that they were so disreputable that it would have been political suicide to disclose them.[7] Professor David Miller remarked in a damning report into the HJS:

“The proponents of this agenda have sought to increase public support by conflating complex contemporary debates about immigration, austerity, multiculturalism and women’s rights with the anti-Muslim discourse associated with the on-going ‘War on Terror’.”[8]

Douglas Murray, Associate Director of the HJS, is a regular proponent of myths surrounding the threat that Muslims pose to the world, including his recently debunked lie on the BBC that “eastern Europe doesn’t have a problem with terrorism because it doesn’t have much Islam.” People were quick to complain that this false statement was presented as truth despite eastern Europe being the only part of Europe with several Muslim-majority countries and countries with higher Muslim populations than western Europe.[9] Of course, some may say it is expected from someone who has previously said that “conditions for Muslims in Europe must be made harder across the board”.[10]

It comes as no surprise that journalists, academics, and politicians alike have raised concerns about the HJS, described with such labels as white supremacy and racism.[11] Murray has publicly praised some of the most virulent Islamophobes and bigots on the planet, including Geert Wilders,[12] as well as Robert Spencer, the ideologue who reportedly inspired the anti-Muslim white terrorist Anders Breivik[13] who carried out one of the largest terrorist attacks in Europe. Murray has called Spencer a “brilliant scholar”,[14] one whose scholarly brilliance has seen him banned – by Theresa May, of all people – from entering the UK for years. No doubt, such elegant rebuttals of Islam that impress the directors of the HJS are found on Spencer’s websites, including “f***islam.com”.[15]

Unfortunately, Spencer does not seem to be an anomaly. The HJS has also defended the infamous leading anti-Muslim ideologue Ingrid Carlqvist, who is dubbed as a “Nazi apologist” for her desire to collaborate with neo-Nazi parties in Europe.[16] In fact, several of the HJS’s friends have managed to make the cut in the Southern Poverty Law Center’s Field Guide to Anti-Muslim Extremists report.[17]

Even a Eurocentric cartography of human rights does not enjoy much sympathy with some prominent members of the HJS.[18] One of the HJS’s associate fellows was on record defending torture,[19] as was Murray, who was not too keen on different types of citizens having similar fundamental rights either after saying: “The rights of the West’s people override those of the Islamist’s in their midst.”[20]

The Problem With “Mental Health” | Imam Abdullah Hasan on Unscripted #85