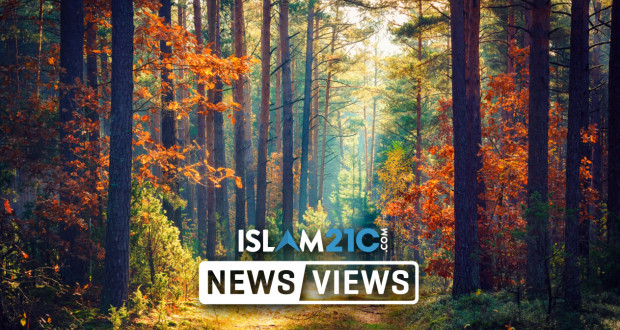 An unprecedented and comprehensive 245-page report released on Wednesday by the UK’s Woodland Trust has declared British woods to be close to “reaching crisis point”, after numerous threats have alarmingly resulted in only 7% of Britain’s native trees and woods being in good health. This is despite the UK’s tree cover more than doubling in the past century, albeit mostly thanks to a rise in non-native species, and logs used for commercial timber. [1]

The invasion of non-native species of fungi, plants, trees, and insects has been argued to be a key factor in the poor health of Britain’s forests. The report, aptly titled State of the UK’s Woods and Trees 2021, explains:

“Non-native ‘exotic’ species can be a particular problem because the plants present in woodlands will not have co-evolved with these recently introduced species and will, therefore, not have any natural defence against them.” [1]

In addition to the migration of unwanted species from across the continent, there have also been particular cases of infections such as the Dutch elm disease, which was introduced into the country by the trade of logs imported from the US in the early 1970s. The report also cites the recent example of ash saplings infected with ash dieback and linked to the trade of the same across Europe in the 2000s. Additionally, imports have also been connected to the settlement of a number of disease-causing Phytophthora organisms, which cause stem and root rot in plants, and can survive for years without a host plant.

The director of conservation at the Woodland Trust, Abi Bunker, said of the recent findings:

“It’s reaching crisis point. The warning signs are loud and clear. If we don’t tackle the threats facing our woods and trees, we will severely damage the UK’s ability to address the climate and nature crises. Green spaces that are rich in wildlife, bird song and blossom are also intrinsically linked to our own health and wellbeing.” [2]

The shocking state of the nation’s woodlands has come as a surprise to many, with the Woodland Trust’s Christ Reid, the lead author of the report that is the first of its kind, expressing his horror at the scale of the problem:

The report’s authors also highlight the fact that although Britain has seen a recent push to plant more trees and expand its existing woodlands, [3] this alone is insufficient in combating such issues as the spread of non-native species and the overgrazing of land. As Reid opined, “New woodland is only going to fill up with wildlife if you have existing woodland that’s in good condition and is connected.” [2] Moreover, there have been serious reductions in certain species of lichen and ground flora, which has been deemed a likely “early warning sign of pending ecosystem collapse.” [1]

On the opposite side of the woodland habitat, deer numbers in the UK have been rising to such a point that numbers “are likely to be higher than at any time in the last 1,000 years, and in many parts of the UK they have reached levels where they seriously threaten the habitats that they and other wildlife depend on.” [1]

A day prior to the release of the Woodland Trust’s report, news emerged from Horton Heath – a rural village in Hampshire – which illustrated the often-callous attitude towards wildlife and trees. A land developer spent the good part of a day felling and ripping trees down with a digger, using petrol and tyres to ignite and burn the amputated limbs, much to the anger of locals. [4]

Some of the trees were under preservation orders, but this did not stop the developer from wreaking havoc on the area. Local councillor Michelle March said:

“We’re in a climate emergency and then we’ve got unscrupulous developers saying it’s my land and I can do what I want to, which is absolutely unacceptable.”

“It took him a day of working to annihilate a woodland which has taken roughly 100 years to grow.” [4]

The MP for Eastleigh, Paul Holmes, also expressed his disappointment at the developer’s crass actions, saying:

“This act of environmental vandalism is shameful and completely wrong. I hope the person responsible feels the full weight of the law.” [4]

“The health of the ecosystem has been directly connected to the health and flourishing of all species including our own, in many ways. However, a philosophy of man’s place vis-à-vis nature that emerged in Western modernity, namely one of man dominating nature (and other men) for “limitless” resources with no higher Soverign to answer to, has led to unprecedented destruction.

“Corruption/evil has appeared on land and sea because of what the hands of men have earned, that Allah may make them taste a part of that which they have done, in order that they may return.” [5]

These are reminders for us to turn back to Allāh and repent as a society; not only for the transgressions tangibly connected to what we see happening (such as unbridled capitalist exploitation) but also those sins intangibly connected.

The Prophet (sallAllāhu ‘alayhi wasallam) warned us about the metaphysical consequence of sins on many occasions. “No nation stops paying their zakah except that Allāh withholds the rain. No people cheat on the scales (i.e. in trade) except that they are (eventually) taken by famine and their enemies will overcome them.” [6]

“This trend of short-term gain for long-term loss that future generations will have to pay for can still be reversed, if we revive the philosophy of man vis-à-vis nature as intended by the Creator: one of stewardship (khilāfah) not competition—successive generations exercising the instruction of the Owner of the planet. Only then will the earth flourish to carry out its important task of carrying us towards the hereafter.”