UN: Britain may be complicit in Saudi-led war crimes in Yemen 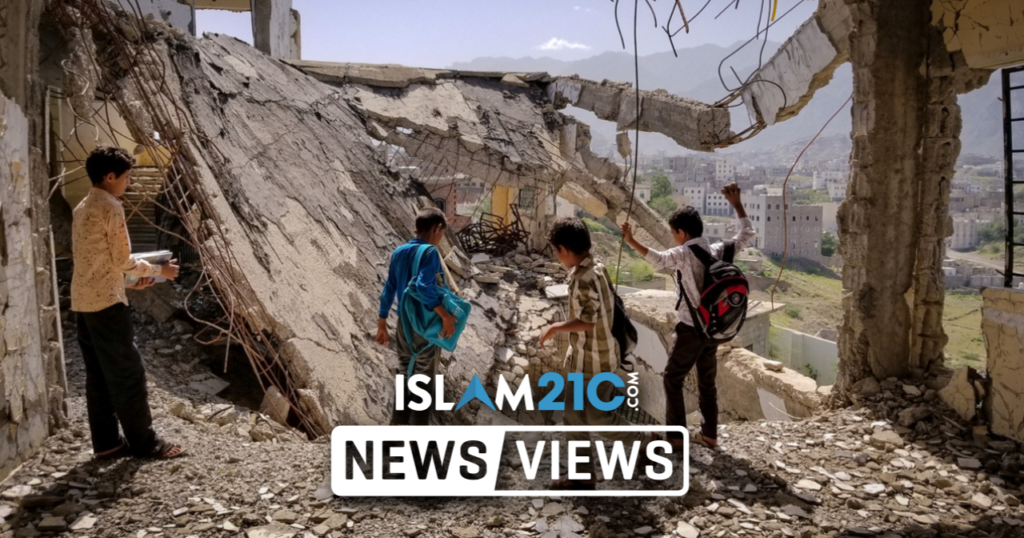 The United Nations Human Rights Council (UNHRC) released a report yesterday detailing a number of possible war crimes committed by multiple parties since the Saudi-led war in Yemen began five years ago. [1] These crimes included indiscriminate shelling, the use of snipers, airstrikes and landmines, arbitrary killings and detentions, sexual violence, and blocking access to humanitarian aid.

The panel of experts who produced the report primarily found that there was a “pervasive lack of accountability” for the crimes committed by the governments of Yemen, Saudi Arabia, the United Arab Emirates, as well as the Houthi rebels and their Iranian backers. The chairperson of the panel, Mr. Kamel Jendoubi, said:

“Five years into the conflict, violations against Yemeni civilians continue unabated, with total disregard for the plight of the people and a lack of international action to hold parties to the conflict accountable.”

“The inhumane deprivation of the Yemeni population of their rights to medicine, water and food should stop immediately. The very survival of the 24 million in need should be the first priority.”

Going beyond the nations directly involved in the conflict, the report warned that a number of Western countries could be held responsible for aiding or facilitating these war crimes. The report noted:

“States are obliged to take all reasonable measures to ensure respect for international humanitarian law by other states. Furthermore, the Arms Trade Treaty, to which France and the United Kingdom are parties, prohibits the authorization of arms transfers with the knowledge that these would be used to commit war crimes.”

“The legality of arms transfers by France, the United Kingdom, the United States and other states remains questionable, and is the subject of various domestic court proceedings.” [3]

One of the panel experts, Melissa Parker, further added:

“It is clear that the continued supply of weapons to parties to the conflict is perpetuating the conflict and prolonging the suffering of the Yemeni people.”

“This shocking report should act as a wake-up call to the UK government. It offers all the proof needed of the misery and suffering being inflicted on the people of Yemen by a war partly fuelled by UK arms sales to Saudi Arabia and other coalition members.”

In carrying out their investigation, the panel conducted field research and carried out more than 600 interviews. The governments of Yemen, Saudi Arabia, the UAE and Egypt refused to co-operate during the investigation.[6]

The panel are said to have concluded with a list of 160 key actors in the conflict, from which those most likely to be complicit in war crimes have been reported to higher authorities within the UN. The list remains undisclosed to the public at this stage.

Millions have been displaced and thousands killed in the continuing war that began in 2014 between the Saudi-led coalition and the Iranian-backed Houthi rebels. The situation in Yemen is said to be the world’s largest humanitarian crisis, with more than 24 million people in need of aid.[8]