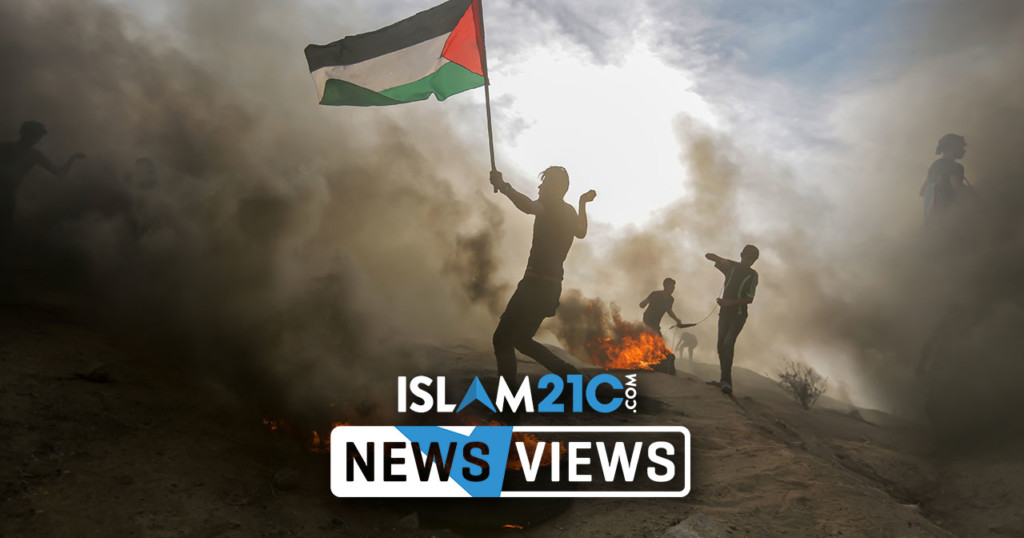 The United Nations has said that Israel may be guilty of war crimes after the mass killing of Palestinian demonstrators in Gaza in 2018.

The UN Independent Commission of Inquiry on the 2018 Gaza protests, which was created by the Human Rights Council in 2018, investigated the violent response by the Israeli occupation forces towards the Palestinian protestors at the border of the occupied Gaza Strip.

In 2018, over 189 Palestinian civilians were martyred and more than 6,100 injured while demonstrating against Israel’s brutal occupation and siege on the Palestinian territories. The demonstration was labelled the ‘Great March of Return’ and the ‘Breaking of the Siege’.

“The Commission has reasonable grounds to believe that during the Great March of Return, Israeli soldiers committed violations of international human rights and humanitarian law. Some of those violations may constitute war crimes or crimes against humanity, and must be immediately investigated by Israel,” a statement from the Commission read. [1]

The report also found that another 3,098 Palestinians were severely injured by bullet fragmentation, rubber-coated metal bullets and were hit by tear gas canisters at short range. Furthermore, more than 6,000 demonstrators were shot by military snipers.

“There can be no justification for killing and injuring journalists, medics, and persons who pose no imminent threat of death or serious injury to those around them. Particularly alarming is the targeting of children and persons with disabilities,” said Sara Hossein, one of the chairs of the investigation.

“Many young persons’ lives have been altered forever. 122 people have had a limb amputated since 30 March last year. Twenty of these amputees are children,” she added.

The investigation also accuses Israel of not only intentionally shooting at civilians, but also at doctors, health workers, journalists and people with disabilities, knowing full well who they were.

According to the report, the intentional shooting of journalists and doctors, among others, is a war crime and found that the occupational forces were responsible for killing and injuring many Palestinians who were not participating in the demonstrations and thus posed no threat.

Israel has repeatedly argued that the demonstrations were a cover for armed groups who were planning terrorist attacks and has dismissed the report as “hostile, mendacious and slanted.” [2]

However, in response, the investigation says that “the demonstrations were civilian in nature, with clearly stated political aims. Despite some acts of significant violence, the Commission found that the demonstrations did not constitute combat or military campaigns.”

During the investigations, the Commission conducted 325 interviews with victims of the occupation’s senseless violence as well as with witnesses and sources and gathered more than 8,000 documents regarding the mass killings that began in late March 2018. Betty Murungi, another chair of the Commission, said that the report will be handed over to the High Commissioner of Human Rights and that the International Criminal Court is looking into the situation.

Since March 2018, Palestinians have held weekly protests on the border between the occupied and besieged Gaza Strip and Israel calling for an end to occupation as well as the crippling siege that has impoverished Gaza as well as its citizens.

The act of protest by the Palestinians in the Gaza Strip, as well as the occupied West Bank, is an act of immense courage and perseverance. It symbolises the Palestinian resolve to fight against injustice and oppression regardless of the dangers and threats posed by the heavily armed occupier, who is prone to using experimental weaponry—banned by other nations—on civilians, designed to cause horrific damage and create fear. [3]

Their reluctance to give in against all the odds and in the face of overwhelming power stands true to their spirit of resistance and should be an inspiration to all that regardless of how powerful an aggressor may be, a stand against oppression and tyranny must always be taken.