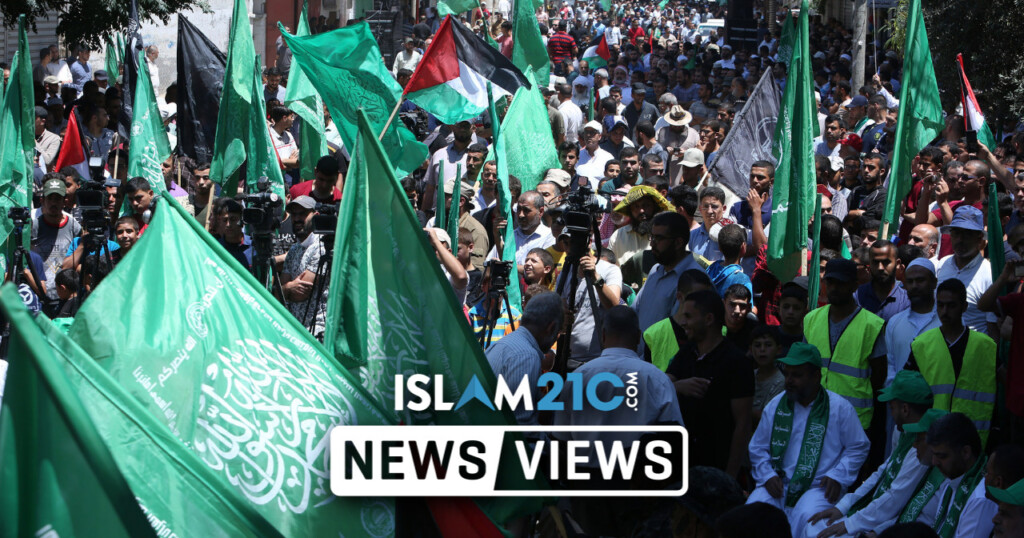 Palestinian Hamas supporters take part in a protest against Israel's plan to annex parts of the occupied West Bank, in Khan Yunis in the southern Gaza Strip. Photo by Abed Rahim Khatib / Shutterstock.com

The United Nations’ human rights chief has said that Israel’s plan to annex parts of the occupied West Bank is clearly “illegal”, warning that the consequences of the move could be “disastrous”. [1]

The UN High Commissioner for Human Rights, Michelle Bachelet said: “Annexation is illegal. Period. Any annexation. Whether it is 30 per cent of the West Bank, or five per cent”. [2]

In a statement she urged the Israeli Prime Minister Benjamin Netanyahu to drop the proposal, saying that it would have “a disastrous impact on human rights” throughout the Middle East and that “shockwaves will last for decades.”

UN Human Rights Chief @mbachelet urges #Israel not to proceed with its plans to illegally annex a swathe of occupied Palestinian territory, saying it would have a disastrous impact on #HumanRights of Palestinians and across the region.

Pressure and condemnation of the proposed annexations continue to increase worldwide, ahead of July 1, when “Israel” plans to implement parts of the United States-proposed Middle East plan and set out to unilaterally annex parts of the occupied West Bank.

Donald Trump’s proposals will clear the way for annexing key parts of the occupied West Bank. Although this would be illegal under international law, it is part of Trump’s “deal of the century“. [3] This will also involve settlements that have long been considered illegal by the international community.

The proposals have been rejected and Palestinians have warned of a return to resistance if it goes ahead. The Palestinian Islamic Resistance Movement Hamas has warned that the annexation would be a “declaration of war” and that it will make the occupation state “regret” it.

The spokesman for Izz al-Din Al-Qassam Brigades, the military wing of Hamas has said that: “The resistance considers the decision to annex the West Bank and the Jordan Valley to be a declaration of war on our people,” [4]

The spokesman has further added:

“We are here to confirm that the resistance project is to defeat and expel the occupation from every inch of historic Palestine. Those who do evil will come to an early end. The resistance in this war will be the honest and loyal guardian in defence of the Palestinians, their land and their sanctities.”

“In the face of this proposed criminal decision and occupation, we won’t spend a lot of time talking, but we address the enemy and those who support it in a clear-cut manner.” [5]

The UN rights chief has warned that “any attempt to annex any part of the occupied Palestinian territory will not only seriously damage efforts to achieve lasting peace in the region, it is likely to entrench, perpetuate and further heighten serious human rights violations that have characterised the conflict for decades.” [6]

“I am deeply concerned that even the most minimalist form of annexation would lead to increased violence and loss of life, as walls are erected, security forces deployed and the two populations brought into closer proximity.”

Write to your MP

We urge all our readers to contact their Member of Parliament as a matter of urgency, requesting that they urge the government to uphold international law and impose sanctions against “Israel” for yet again, breaking international law. Click here to find your MP.

A petition calling for the UK government to formally recognise the State of Palestine is picking up speed and now waiting for six days for a government response.

The petition hosted on the UK Parliament website has gathered over 31,000 signatures, with dozens of new signatures being added every hour.