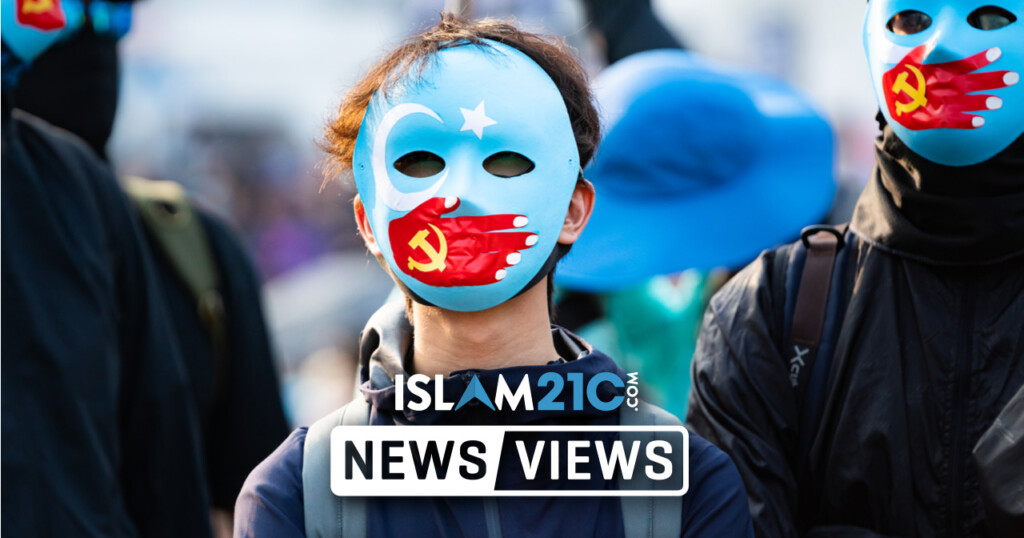 The United Nations High Commissioner for Human Rights, Michelle Bachelet, has called out China for its sickening treatment of the Uyghur population in Xinjiang, and has condemned the Chinese government’s increasingly heavy-handed approach towards Hong Kong. [1]

On Friday, Bachelet said that the Chinese Communist Party leadership is curbing inalienable political and civic freedoms under the pretext of “national security” to combat the COVID-19 pandemic that continues to sweep the world over:

Bachelet argues that in relation to the ongoing Uyghur genocide, there is a “need for independent and comprehensive assessment of the human rights situation” due to “information that is in the public domain”. [2]

In Xinjiang province, there are reported to be at least one million Uyghur Muslims under lock and key, with many being forced into slave labour and sterilisation, suffering from repeated sexual assaults and abuses whilst imprisoned.

A recent BBC special report – which details numerous traumatic accounts of Uyghur abuse at the hands of Chinese officials – shows a composite of satellite images taken in 2017 and 2019, illustrating the rapid expansion that has taken place in just one of the facilities being used to detain and abuse Uyghurs. [3]

Xi nonsensically stated in October 2020 that his government’s policies concerning the Uyghurs was “totally correct”, going further to suggest:

“Viewed overall, Xinjiang is enjoying a favorable setting of social stability with the people living in peace and contentment… The facts have abundantly demonstrated that our national minority work has been a success.” [4]

In the BBC’s report, Sayragul Sauytbay, a Chinese teacher and doctor who was forced to work in one of the camps, gave a truly harrowing account of what she had witnessed. Sauytbay said that “rape was common” and prison guards would choose “the girls and young women they wanted and took them away”.

Sauytbay described witnessing a truly horrific public gang rape of a young woman aged around 20 years old. “In front of everyone, the police took turns to rape her… While carrying out this test [ordeal], they watched people closely and picked out anyone who resisted, clenched their fists, closed their eyes, or looked away, and took them for punishment.” Sauytbay explained to the reporters how the woman was helpless in that situation; she cried for help but to no avail. “It was absolutely horrendous… I felt I had died. I was dead.” [3]

The last occasion in which the UN High Commissioner for Human Rights visited the repressive nation was 16 years ago, with Louise Arbour travelling there in 2005. Following this visit, a visit scheduled in April 2008 was refused by the Chinese government after Arbour sought to visit Tibet during protests in which around 19 people died. The commissioner’s spokesperson, Rupert Colville, said at the time, “The Chinese authorities came back to her … and said it wouldn’t be convenient at this time… However they said she would be welcome to make a visit at a later date that would be mutually convenient.” [5]

In a blatant attempt to whitewash the horrendous atrocities taking place in Xinjiang, China’s ambassador to the United Nations, Chen Xu, told the UN Human Rights Council in 2020 that he rejected “unsubstantiated allegations” concerning the Uyghur issue, and that the country’s “deradicalisation” efforts had been responsible for a “marked improvement in security and better protection of all ethnic groups in Xinjiang”, whilst also bragging of not witnessing a “single terror attack” in the past three years. [6]

“China has a record of orchestrating stage-managed Xinjiang tours that lack independence or credibility. China should guarantee that any visit by the High Commissioner be unfettered and unconditional, so that she can visit where she likes and speak with whom she likes, free of Chinese surveillance, scrutiny or interference…” [6]

A year on, and with the world emerging from the aftermath of the coronavirus pandemic, Bachelet is attempting to come to an agreement with the Chinese government to be allowed unrestricted access to Xinjiang in order to document first-hand the situation in the Muslim-majority region.

The High Commissioner’s remarks follow the Dutch parliament’s decision on Thursday to pass a motion similar to that in Canada, in which legislators have agreed that China’s treatment of the Uyghurs is genocide. [7] [8] The bill states, “A genocide on the Uighur minority is occurring in China…”

Following the vote, the Chinese Embassy in The Hague said that any insinuation of genocide occurring in Xinjiang was an “outright lie”, and the Dutch parliament had “deliberately smeared China and grossly interfered in China’s internal affairs”. [7]

Share. Facebook Twitter LinkedIn Email Telegram WhatsApp
Previous ArticleBiden mulls future of US troops in Afghanistan prior to May deadline
Next Article The Caliph & The Vaccine