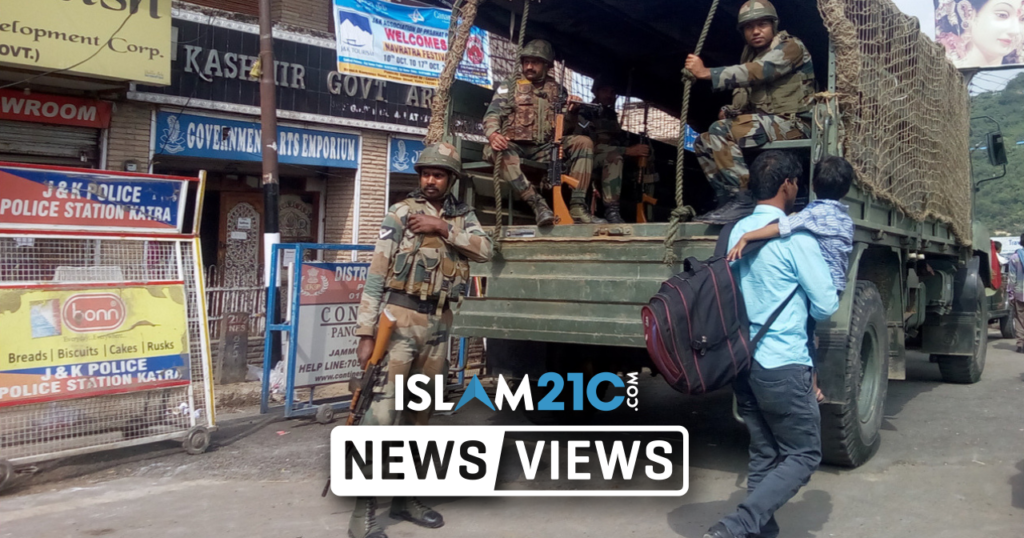 During the closed-door meeting on Friday, the assistant Secretary-General Oscar Fernandez-Taranco and the UN military adviser General Carlos Humberto Loitey briefed the UN’s most powerful body.

Tensions continue to rise between Pakistan and India since the Indian government decided to strip Kashmir of its special constitutional status, also known as Article 370. [2]

Article 370 is the name of the special provision allowing Jammu and Kashmir to have its own constitution, flag, and all-round independence over matters excluding those which are foreign or that deal with defence and communications.

UN officials stated that the council session on Kashmir may have been the first to take place since the 1990s.

Dmitry Polyansky, the deputy ambassador of Russia to the UN, told reporters that Moscow was concerned about the recent events. However, he said that Kashmir is “a bilateral issue.”

In a statement, Kumi Naidoo, the Secretary-General for Amnesty International, stated that the council members:

“need to remember that their mandate is to protect international peace and security – and they should seek to resolve the situation in a way that puts the human rights of the people in this troubled region at its centre.”

The move by India was in the pipeline for decades, with the radical change being heavily advocated for by Hindu nationalists ever since the region Jammu and Kashmir gained autonomy in 1949 following the country’s independence in 1947.

India sent thousands of additional military personnel to Kashmir in the lead-up to the decision. Internet services and coverage to the valley have also been cut, whilst public gatherings have been banned and schools have been closed. The Indian government has also imposed strict curfews and arrested scores of political leaders.

This has resulted in adding further fuel to the fire of resentment between the people of Pakistan and India that has been steadily rising for years.

In response to the situation, Pakistan expelled top Indian diplomats and announced a five-point plan that includes the downgrading of ties with India and the suspension of trade with the country. [3]