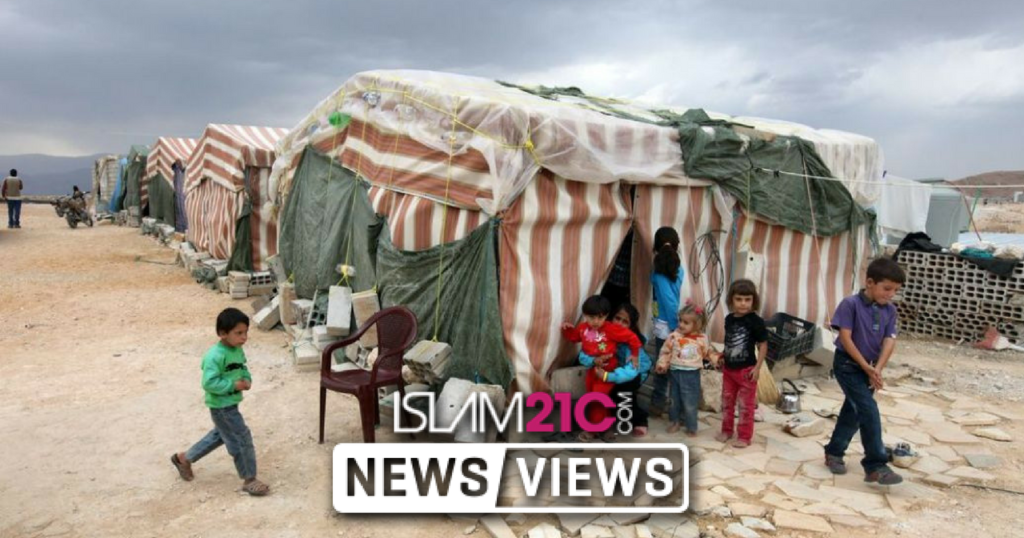 Almost 69 million people, who have fled from war violence and persecution, were forcibly displaced last year according to a report by the UNHCR.[1]

To put the figures in perspective, the world’s collective refugee population is a few million more than the entirety of the United Kingdom’s inhabitants.

Over half of the staggering 68.5 million people displaced are children, “including many who are unaccompanied or separated from their families” according to the UN refugee agency.[2]

Due to recent conflicts the number of refugees globally has dramatically risen year-on-year over the past half-decade. Of the total 68.5 million, 16.2 million were displaced last year alone, with a dizzying average of over 44,000 people a day.[3]

Roughly one third of all refugees today are from Syria, displaced by the convoluted civil war in their country.[4] In its annual report released earlier this week, the UNHCR said crises around the world in places including Afghanistan, South Sudan, the Democratic Republic of Congo, as well as the persecution of Rohingya Muslims from Myanmar, have raised the overall figure of forced displacement.

Inadequate response from the west

However the critical scope of the crisis is not being matched by an adequate international response according to the UNHCR chief Filippo Grandi.[5]

In an interview with Al Jazeera, Grandi said “Refugees are fleeing violence, war and persecution. We have an obligation to help them.”[6]

The UNHCR chief expressed his concerns at the persistent lack of sufficient action from Western countries in dealing with the refugee crisis.

“We need to look at root causes and we need to address the reasons why these people leave violence and war” he said.

According to Grandi, 85% of those displaced by conflict had not found refuge in “rich countries” and that instead countries neighbouring the conflicts – such as Turkey, Pakistan and Uganda were host to the majority of refugees and as such need international support.

Turkey which has by far hosted the most displaced individuals is responsible for over three and a half million refugees alone.

In a statement marking World Refugee Day, Grandi said it was time to show “solidarity with refugees and with the communities that welcome them.”[7]

He also said:  “We are at a watershed, where success in managing forced displacement globally requires a new and far more comprehensive approach so that countries and communities aren’t left dealing with this alone.”[8]

Marking World Refugee Day, Grandi added: “As long as there are wars and persecution, there will be refugees. On World Refugee Day, I ask you to remember them […] Their story is one of resilience, perseverance and courage.  Ours must be of solidarity, compassion and action.”[9]

For now, the tragic reality remains that every two seconds roughly one more person is forced to become a refugee. If you have taken the time to read this far, by the time you are finished around 75 more people would have been forced from their homes, with over half of them children.