US Congresswomen refuse to be “silenced” by Trump 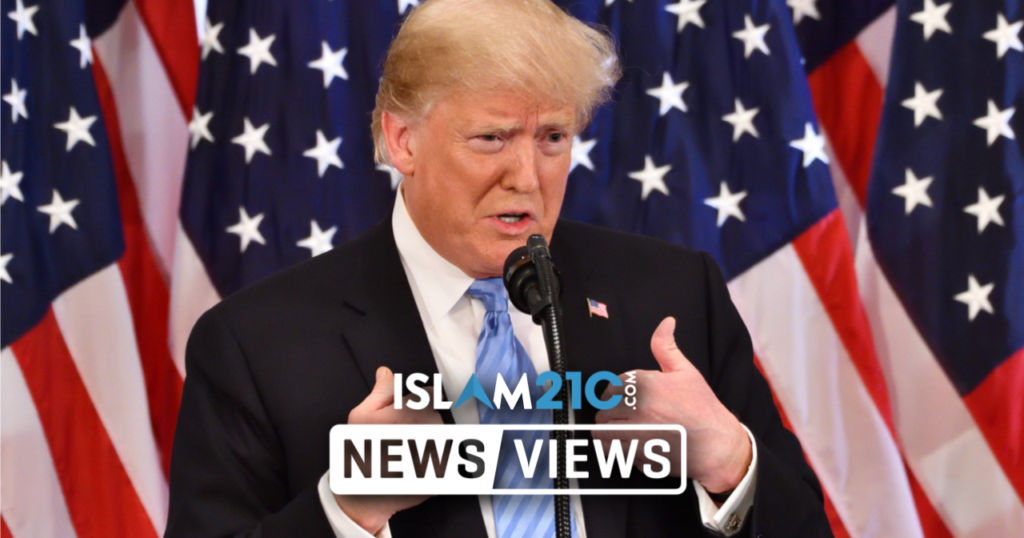 In response to US President Trump’s racist tweets over the weekend, four Democratic congresswomen – coined as “The Squad” [1] – declared they would “not be silenced” over the “attack”. [2]

The four congresswomen – Ilhan Omar of Minnesota, Alexandria Ocasio-Cortez of New York, Rashida Tlaib of Michigan, and Ayanna Pressley of Massachusetts – held a press conference on Monday to address the public and told reporters to not “take the bait”. 2 Instead, Congresswoman Ayanna Pressley reminded everyone of the key issues at hand:

“We want to get to the business of the American people and why we were sent here: reducing the costs of prescription drugs, addressing the public health crisis and epidemic that is gun violence, addressing the racial wealth gap and yes, making sure that families stay together.” 2

Congresswoman Ilhan Omar reminded the public of Trump’s previous comments and encouraged them to “impeach” the president, words that were later echoed by Congresswoman Rashida Tlaib. 2

“So, we can either continue to enable this president and report on the bile of garbage that comes out of his mouth or we can hold him accountable to his crimes. We can continue to turn a blind eye of the multiple crimes he’s accused of. We can stand while he violates these people’s basic human rights, and the responsibility that his administration has for the deaths of children on our border, or we can take action.” 2

The next to stand was Congresswoman Alexandria Ocasio-Cortez. She recalled a story from her childhood and mentioned that she was “not surprised” to hear remarks that “challenged” the notions of equality in the US.

As for the final Congresswoman to address the public, Rashida Tlaib reiterated the words of the other women, saying that she was elected to “fight back against the corporate assault and the corruption” in the country.

“Sadly, this is not first, nor will it be the last time we hear disgusting, bigoted language from the president.” 2

Over the weekend, US President Trump slammed the Democratic congresswomen over “controversial” comments that had been made by the women. In the tweets, he referred to them as the “Radical Left Congresswomen” and said that they did not have to stay in the US if they were not happy with the country.

The “controversial” comments made by the congresswomen, according to BBC, [3] are reported to be their criticism of Trump administration’s border policy. This policy, as recently revealed, includes holding migrant children in “devastating and abusive” conditions [4] in detention centres, “keeping children in cages, and having human beings drink out of toilets”. 2

Immediately, Trump’s comments were condemned worldwide. Although many Republicans did not criticise Trump, a few of them – Senators Pat Toomey of Pennsylvania and Susan Collins of Maine, and Congressman Will Hurd of Texas, to name a few – labelled the tweets as “xenophobic”, “racially offensive”, and “way over the line”. [5] In the UK, the Tory candidates for prime minister, Boris Johnson and Jeremy Hunt, said the tweets were “completely unacceptable”. [6]

At the third annual Made in America showcase, Trump was questioned by reporters. The video, published on The Guardian, reveals a brief mention of “one of the congresswomen’s statements on al-Qaeda”, before Trump decided to “speak from right over here [the podium]”. [7]

“These are people that, in my opinion, hate our country. Now, you can say what you want but get a list of all of the statements they’ve made. And all I’m saying is if they’re not happy here, they can leave. They can leave, and you know what, I’m sure that there’ll be many people that won’t miss them. But they have to love our country, they’re congresspeople. And I never used their names.” 6

It does not appear that Trump’s remarks will end there, as he continues to label the congresswomen as being “anti-USA” on Twitter. [8] However, the congresswomen’s press conference appears to have reminded everyone to “not take the bait”, with a US House Resolution announced to publicly condemn the “racist comments”. [9]