US decision to keep embassy in Jerusalem slammed by Hamas 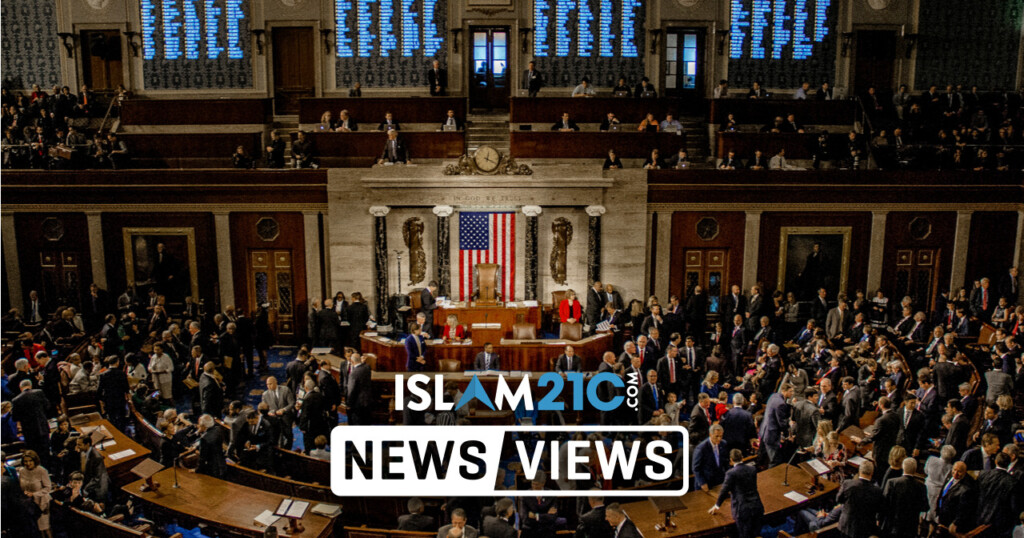 The Palestinian political party Hamas has strongly criticised the US Senate for its near-unanimous Thursday evening decision to keep the US embassy in West Jerusalem.

“This decision cannot change the reality and history that the Palestinian people have a right over Jerusalem. This decision will not interrupt the struggle of our people to expel the occupying Israel from all Palestinian lands and to establish an independent Palestinian state.”[1]

The development comes shortly after former US Vice-President Joe Biden was sworn in as President, and two years after former President Donald Trump ordered the relocation of the embassy from the business capital of ‘Israel’, Tel Aviv.[2]

Lawmakers deliberated over the amendment as part of all-night voting on Biden’s keynote legislation: the $1.9 trillion Covid relief bill. The result of the vote was 97 yeas to 3 nays.[3]

In bombastic remarks at the time of the embassy relocation, Trump declared:

“Today we finally acknowledge the obvious: that Jerusalem is Israel’s capital… This is nothing more or less than a recognition of reality. It is also the right thing to do. It’s something that has to be done… It would be folly to assume that repeating the exact same formula would now produce a different or better result.” [2]

Fulfilling a campaign pledge made in 2016, the former President (along with backing from his son-in-law and senior adviser Jared Kushner) made the call in 2018 to transfer the diplomatic mission from the original 1966 complex, now renamed the “Tel Aviv Branch Office of the Embassy of the United States” on 71 HaYarkon Street in Tel Aviv.[4]

However, in the immediate aftermath of the reckless move by the Trump administration, the-then High Representative of the European Union for Foreign Affairs and Security Policy, Federica Mogherini, argued that the decision to declare Jerusalem the capital of ‘Israel’ was a clear threat to peace in the wider Middle East.

In a statement, the EU’s most senior diplomat said:

“We believe that any action that would undermine these efforts must absolutely be avoided… A way must be found through negotiations to resolve the status of Jerusalem as a future capital of both states.” [2]

Biden has been playing political musical chairs, previously expressing disapproval at the Trump administration’s decision to move the US embassy to Jerusalem. Biden said in 2018 that the idea was “short-sighted and frivolous”. Fast-forward to 2021, Biden is not interested in reneging on what has been done by the previous administration.[5]

The Senate’s decision to cement the geographical location of the US embassy in ‘Israel’ for the foreseeable future is of significant concern. It illustrates a clear shift in the open approval by American lawmakers siding with the Zionist regime and once again ignoring the rights of Palestinians.

There were few dissenting votes regarding the resolution, originally brought forth by the Republican senators Bill Hagerty of Tennessee and Jim Inhofe of Oklahoma. Those who opposed the amendment included Tom Carper of Delaware, as well as veteran senators and former Democratic presidential candidates Bernie Sanders and Elizabeth Warren.[6]

The United Nations holds the view that the city of Jerusalem should be internationally governed, in an approach it calls corpus separatum (separated body). This longstanding view was approved with a supermajority by UN General Assembly members in 1947 when the “Partition Plan for Palestine”, or Resolution 181 (II), was passed.[7] The EU also backs this notion.[8]