US deserts Bagram airbase as it flees Afghanistan 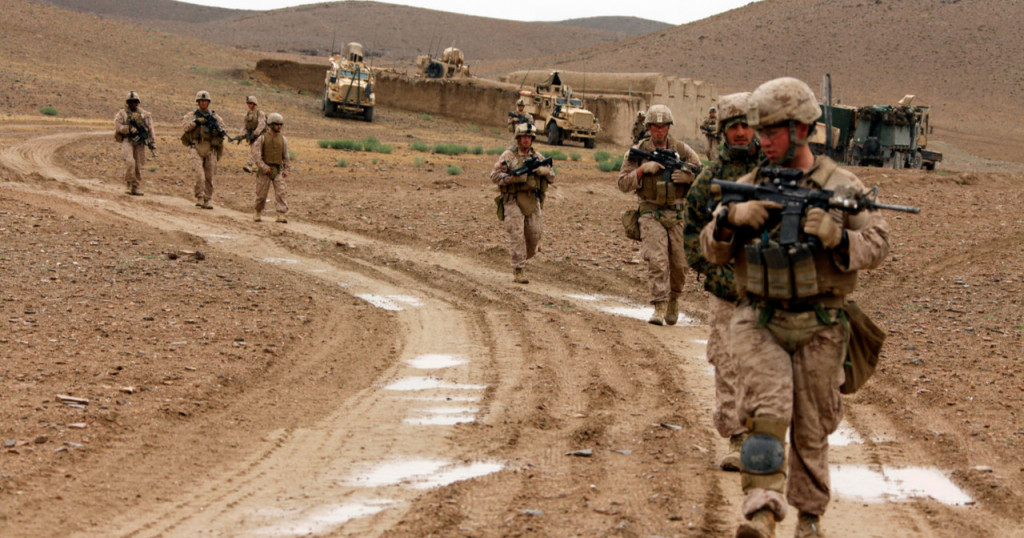 The military of the United States has finally packed its bags and departed from the Afghan airbase of Bagram. This major move follows the equally significant withdrawal of NATO troops from the military base. The culmination of these events means that there now only remains a small contingent of foreign troops in the war-torn country, who are mostly tasked with protecting foreign embassies and the international airport in Kabul. US President Joe Biden has confirmed that all American troops will withdraw by September 11 of this year, which will mark the 20th anniversary of 9/11. At its zenith, the Bagram base had seen more than 100,000 US troops enter its expansive compound. [1] [2]

One of the two official representatives for the Taliban, Zabiullah Mojahid, expressed his satisfaction with this major withdrawal. Mojahid told CNN on Friday that the group welcomed the departure of US and coalition troops from Afghanistan. He also reiterated that the exit of foreign troops provides a window of opportunity for intra-Afghan peace talks to resume:

“The presence of foreign forces in Afghanistan was a reason for continuation of fighting in the country…If foreign forces leave Afghanistan, Afghans can decide future issues among themselves. We will step forward for the security of the country and our hope for the peace would increase and inshallah we will have development.” [3]

The Bagram airbase, originally built during the Cold War by the Soviet Union, was further revamped by the United States after it invaded the country in 2001. In contemporary times, it has a notorious reputation for being a site which uses brutal torture techniques against Afghan inmates.

Bagram airbase found itself embroiled in controversy in 2005, after The New York Times obtained a 2,000-page US Army report that investigated how two unarmed Afghans were detained and brutally murdered in the site. Dilawar and Habibullah, a taxi driver and clergyman respectively, were both chained to the ceiling and beaten to death by American soldiers.  Autopsies confirmed that appalling injuries were inflicted on the pair’s legs, with the force trauma being so severe that it appeared as if they were run over by a bus.

Dilawar, a young taxi driver who was only 22 years old, was described by interpreters as being neither aggressive nor violent towards his captors. A military police officer (MP) recounted how the young Afghan was brutally beaten during his detention. While being severely beaten and humiliated by his captors, the prisoner called out to his Lord, Allah. An MP named Corey E. Jones mentioned that as the sickening rounds of torture intensified, the man’s cries of pain “became a kind of running joke” to American soldiers. [4]

Jones was one of many MPs who had inflicted horrific acts of violence against Dilawar. In his official statement to investigators, he recounted the following sequence of events:

“He screamed out, ‘Allah! Allah! Allah!’ and my first reaction was that he was crying out to his god…Everybody heard him cry out and thought it was funny.

“People kept showing up to give this detainee a common peroneal strike just to hear him scream out ‘Allah’…It went on over a 24-hour period, and I would think that it was over 100 strikes.” [4]

America’s ‘forever war’, which had effectively been commanded from the Bagram airbase, lasted for almost two decades. The warmongering US army leaves the rugged mountainous Afghan lands after failing to achieve any strategic gains from the invasion. To maintain its bases and coordinate its operations during the lengthy 20 year contest, the United States had to spend approximately 778 billion dollars. [5]

To put things into perspective, the Afghan war traced its origins all the way back to September 2001. This was when former President George W. Bush and the US Congress authorised the necessary legislation that approved the deployment of US Armed Forces against the perpetrators of the 9/11 atrocities. The associated piece of legislation, which bore the title Authorization for Use of Military Force Against Terrorists, was hastily passed by the country’s legislature on 14 September 2001. Bush provided his assent to the statute a few days later on September 18. [6]

Just a few days after the statute’s ratification, the US carried out dozens of airstrikes against targets situated in the Afghan capital, the country’s international airport, and the major cities of Jalalabad and Kandahar. Then Defense Secretary Donald Rumsfeld provided the following justification for the invasion:

“The war against terrorism…will use every element of American influence and power…The aim is to create conditions for sustained anti-terrorist and humanitarian relief efforts in Afghanistan.” [7]

With the departure of US and NATO forces from Bagram, control of the base has now reportedly been handed over to the Afghan National Defense and Security Forces, according to anonymous sources which spoke to AP. It is unclear what will happen next, as American President Joe Biden denied reports that the US would be finalising its withdrawal from Afghanistan in the coming days. While Biden has declared that all US troops will vacate Afghanistan by September 11, he is likely to maintain the status quo for now. The US government is expected to keep a few thousand troops in the capital city. Their role will be to protect the US embassy in Kabul, in addition to securing the city’s airport with the assistance of Turkish soldiers.