US edges perilously close to securing extradition of Julian Assange 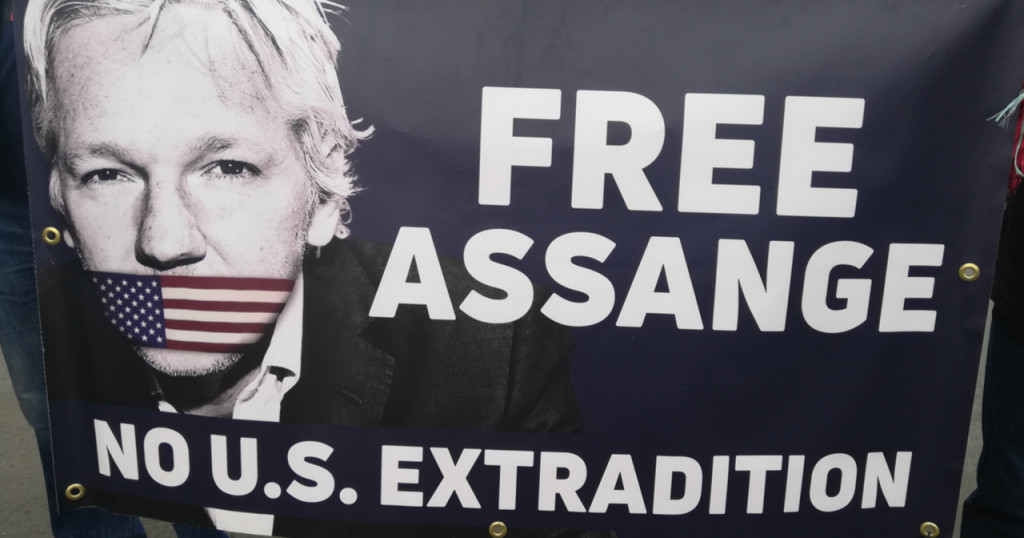 Whilst currently within the lavish confines of London’s Category-A (maximum-security) Belmarsh prison, the Australian human rights activist and WikiLeaks founder Julian Assange has been dealt a devastating blow in his ongoing legal proceedings. This comes after the High Court ruled on 10 December that the activist can be extradited to the US to face charges of espionage. In a most ironic twist during the internationally observed Human Rights Day, Assange was told that the US government has given “assurances” to the UK that he would not receive ill-treatment upon being transferred to American authorities. The 50-year-old former editor-in-chief of the international non-profit publisher of classified news leaks has resolutely reaffirmed his intention to pursue all remaining legal avenues of appeal. Assange is currently in a state of particularly poor and deteriorating mental and physical health, owing to years of detention and isolation. [1] [2]

On Friday, the Lord Chief Justice Lord Burnett and Lord Justice Holroyde of the High Court overturned a prior ruling handed down by the District Judge Vanessa Baraitser in January of this year. [3] The latest court decision means that there now remains the Supreme Court to appeal the rollercoaster case. After the latest decision was reached, Assange’s American lawyer Barry J. Pollack issued the following comments:

“It is highly disturbing that a U.K. court has overturned a decision not to extradite Julian Assange, accepting vague assurances by the United States government…Mr. Assange will seek review of this decision by the U.K. Supreme Court.” [1]

Kristinn Hrafnsson, editor-in-chief of WikiLeaks, said in a statement:

“Julian’s life is once more under grave threat, and so is the right of journalists to publish material that governments and corporations find inconvenient. This is about the right of a free press to publish without being threatened by a bullying superpower.” [4]

The health and wellbeing of Julian Assange has been a constant source of worry for supporters and friends alike. Besides finding himself in the autism spectrum with Asperger’s syndrome, Assange is believed to be suffering from chronic anxiety and depression. [2] In the January 2021 ruling, the lower court found that the extradition of Assange to the US would be “oppressive”. [3] District Judge Baraitser ruled that:

“…in these harsh conditions, Mr. Assange’s mental health would deteriorate causing him to commit suicide with the ‘single minded determination’ of his autism spectrum disorder…I find that the mental condition of Mr. Assange is such that it would be oppressive to extradite him to the United States of America.” [3]

Assange has been held in HM Prison Belmarsh since April 2019. The maximum-security prison is known for housing some of the most notorious criminals, which include former police officer turned rapist Wayne Couzens; Michael Adebolajo, killer of the soldier Lee Rigby; and Charles Bronson, known amongst the press as the “most violent prisoner in Britain”. [5] Prior to his detention at Belmarsh, Assange was able to find refuge in the Ecuadorian embassy in London for seven years, following his claim of political asylum. Ecuador granted Assange asylum in August 2012 and subsequently bestowed him citizenship in 2017. However, the South American country withdrew Assange’s asylum in April 2019, following a number of disputes with the Ecuadorian authorities. Officers from the Metropolitan Police Service (MPS) were invited to the building, whereupon Assange was arrested and taken into custody. It was later revealed that taxpayer costs for staking out the Ecuadorian embassy had amounted to an eye-watering 12.6 million British pounds. The MPS had been stationed outside the embassy from June 2012 to October 2015, before ultimately deciding that to continue would “no longer [be] proportionate”. Assange’s Ecuadorian citizenship was revoked in July of this year. [6] [7]

The potential ramifications of the extradition of Julian Assange cannot be overstated. The advocacy organisation CAGE has described the latest court ruling as a “complete capitulation of the UK legal system to US demands”. [8]

The human rights group drew parallels with similar cases, including that of Talha Ahsan and Babar Ahmad. Both were extradited on spurious charges, and then held in torturous conditions in maximum-security prisons. Muhammad Rabbani, the managing director of CAGE, said in a press release following the court’s decision:

“Assange’s crime is having the courage to hold the US to account. Should the Home Secretary now allow his extradition, it will forever be an indictment of the Government’s betrayal to free speech, true journalistic investigation and accountability.

Rabbani further called for the immediate release of Assange by adding:

“We join the thousands of supporters of Julian Assange in condemning this judgement and demanding he is set free immediately.” [8]

The non-profit organisation WikiLeaks was originally founded by Assange in 2006. Over the past fifteen years, it has grown into a powerful entity that has been responsible for the release of government documents that highlight the expenses and commercial holdings linked to the war in Afghanistan; an operating procedures manual for use in the notorious US extrajudicial prison system in Guantanamo Bay, Cuba; and the April 2010 leak of Collateral Murder – which included footage that showed US airstrikes in Baghdad, Iraq, that claimed the lives of a number of Reuters journalists and dozens of civilians. [9] [10] [11]

Julian Assange later said in an interview on The Colbert Report that US forces were given permission to strike “before the word RPG was ever used”. The infamous series of air-to-ground attacks initiated by a team of two AH-64 Apache helicopters on 12 July 2007 was leaked by WikiLeaks following the disclosure of the 39 minutes of gunsight footage by former US Army soldier Chelsea Manning. [11]

It is therefore particularly incongruous that the same country which has been exposed repeatedly for its recent human rights abuses claims it will not mistreat Julian Assange once he is extradited onto US soil. The shocking publication of Collateral Murder, the operating procedures manual from Guantanamo Bay (officially referred to as Camp Delta Standard Operating Procedures), and the release of some 400,000 documents known as the Iraq War Logs all evidently reveal that the US has failed to meet the most basic of human rights standards. Indeed, the Iraq War Logs made the front-page headlines in 2010, when WikiLeaks revealed that the US military reportedly knew of torture techniques being perpetrated by Iraqi authorities upon Iraqi detainees, including electrocution and the use of electric drills. However, the US forces did nothing to address these heinous and reprehensible acts. [12]

Share. Facebook Twitter LinkedIn Email Telegram WhatsApp
Previous ArticleMPs storm out of Jordanian parliament during debate on Israeli “water-for-energy” deal
Next Article What Does Your Life Revolve Around?