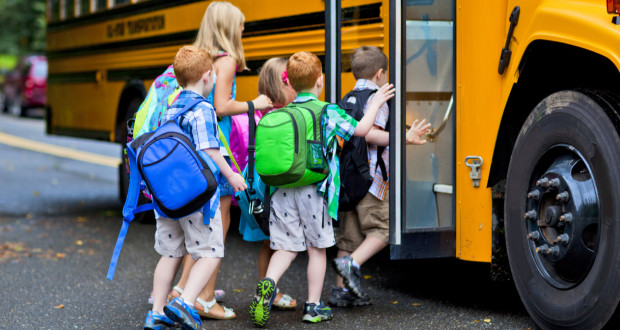 US educator suspended after allegedly telling pupil, “We don’t negotiate with terrorists”

An educator in the US state of New Jersey has been suspended after allegedly telling an Arab Muslim pupil, “We don’t negotiate with terrorists.” The shocking remark was reportedly given by the as yet unnamed teacher after 17-year-old Mohammed Zubi asked for additional time in order to complete a math homework assignment. The ostensibly racist and Islamophobic remark was heard during a class at Ridgefield Memorial High School last week. The student at the brunt of the incendiary and offensive remark was so taken aback that he did not go back to school for over three days after the verbal attack. [1]

17-year-old Mohammed Zubi, who is the captain of the school soccer team, has said:

The pupil’s older brother, Anas Zubi, also attended Ridgefield. He mentioned finding the remark disconcerting. Anas stated, “To see my little brother, a minority, 17 years old, to hear a comment like that, it broke my heart.” [2]

Ridgefield School District has confirmed that it is investigating the matter and will involve law enforcement if required. In a statement, the District said:

“The Ridgefield School District has absolutely no tolerance for any sort of discrimination against any student or staff member. The district strives to create an inclusive environment where students’ and staff members’ race, religion, national origin and sexual orientation are embraced.

“While the district cannot legally comment on personnel or student matters, the public should be aware that the district immediately suspended the staff member while it is conducting a full investigation.

“Additionally, the district has notified law enforcement for its assistance. The district fully intends to pursue any and all legal remedies against the staff member as any discriminatory conduct has absolutely no place in our district.” [1]

Following the events of 9/11, Muslims in America have been the subject of continued abuse and misapprehensions. Research carried out by the Pew Research Center suggests that anti-Muslim views have persisted despite twenty years passing since the attacks of 11 September 2001. In a March 2021 survey, respondents said they felt Muslims were the subject of “a lot” of discrimination in comparison to other religious groups, such as Jews or evangelical Christians. Moreover, there have been studies that suggest a polarisation of views towards Muslims along political party lines. Republicans have been found to be more likely to believe that Islam encourages violence. On the other hand, Democrats are more likely to say that Islam does not inspire violence more than other faiths. [3] [4]

The New Jersey chapter of the Council on American-Islamic Relations (CAIR) released a statement, in which it called for “appropriate corrective measures” to be taken following the alleged racist remark. CAIR-NJ Executive Director Selaedin Maksut said, “It’s almost unbelievable. We’re left speechless. Why would a teacher say this to a student?” [2]

“We are very concerned about these allegations and urge the school district to take appropriate corrective measures following a swift and transparent investigation. This type of insensitive language by an authority figure is unacceptable because it perpetuates stereotypes of Arabs and Muslims.” [5]

Less than a 30 minutes’ drive from Ridgefield High, CAIR-NJ is currently investigating another discrimination case in the state. In this horrific incident, a second-grade Seth Boyden Elementary School student allegedly had her hijab ripped off her head in early October. A teacher is accused of pulling off the 7-year-old girl’s head covering in front of her class. This is despite the fact that the girl, Sumayyah Wyatt, routinely wears the hijab to school without issue. Sumayyah’s mother, Cassandra, is also a practising Muslim who dons the hijab. She tearfully said that after the incident, her daughter no longer wants to be referred to by her Muslim name. In addition, Wyatt said her daughter is now uninterested in wearing the hijab. In an emotional statement, Cassandra Wyatt recalled a conversation with her daughter: “Now she’s asked me, ‘Well, if this is my protection, my teacher took this off of my head.’ So how can you explain to your child?” [6]

In response to the appalling hijab-ripping allegations, the South Orange Maplewood School District is understood to be investigating the incident. In a statement, the District said:

“The district takes matters of discrimination extremely seriously. We remain committed to diversity, equity, and inclusion throughout our schools, including providing anti-bias and anti-racism training for all educators in the district on a regular basis.” [6]