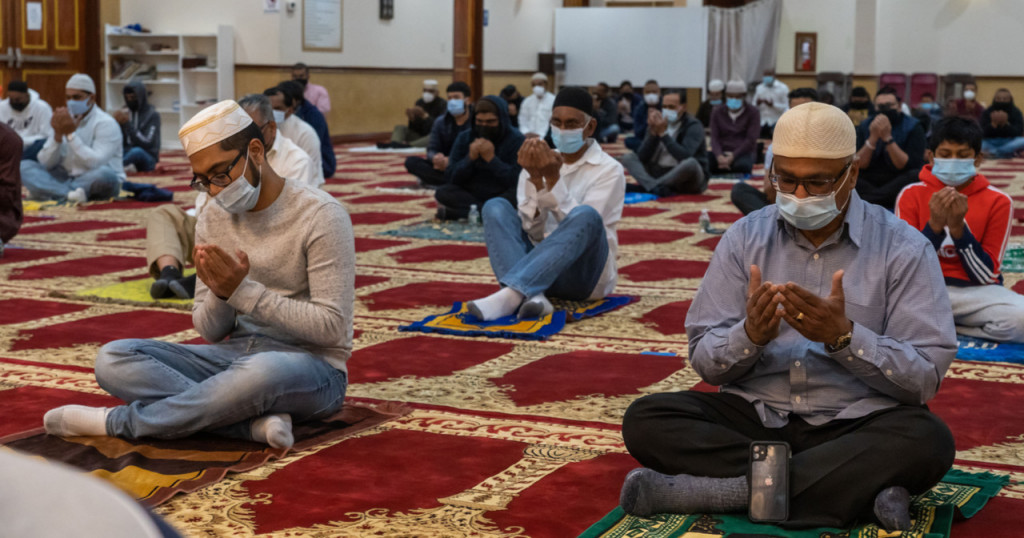 The United States House of Representatives has narrowly passed a groundbreaking bill that – if approved in the Senate – will see the establishment of a State Department anti-Islamophobia office. The welcome news comes following a vote in the House on Tuesday. In recent weeks, there have been concerns surrounding the hate speech of Republican lawmaker Lauren Boebert, who brazenly targeted fellow Representative Ilhan Omer in a number of incidents. Omer, a Democratic member of the House, is a Muslim of Somali heritage. In January 2019, Omer made headlines after becoming the first naturalised US citizen of African birth to serve in Congress. Prior to her admittance to the House, an antiquated 1837 piece of legislation that banned head coverings was modified, thereby allowing Omer to become the first woman to wear the hijab in the House of Representatives. [1] [2]

During Tuesday’s vote, Omer stated on the House floor:

“We are in the midst of a staggering rise of anti-Muslim violence and discrimination around the world. Islamophobia is global in scope and we must lead the global effort to address it.” [1]

The House, which is fairly evenly split between Republicans and Democrats, voted 219-212 in Tuesday’s vote. The official title of the legislation, which was authored by Omer, is H.R.5665 – Combating International Islamophobia Act. The bill was first received in the House on 15 December. However, it has already made rapid progress and will now move onto the Senate. The Senate is even more finely divided along party lines, with an equal split of 50 Republicans and 48 Democrats accompanied by 2 independents. Vice President Kamala Harris holds the position of president of the Senate in an ex officio role, while also having the tiebreaking power in the chamber. It is unclear which way the Senate will vote on H.R.5665. [3]

A summary of the bill is given as follows on the official Congress website:

“This bill establishes within the Department of State the Office to Monitor and Combat Islamophobia and addresses related issues.

“The office shall monitor and combat acts of Islamophobia and Islamophobic incitement in foreign countries. The bill establishes the position of Special Envoy for Monitoring and Combating Islamophobia, who shall head the office.” [3]

“The bill also requires certain existing annual reports to Congress about human rights and religious freedom in foreign countries to include information about Islamophobia, such as information about (1) acts of physical violence or harassment of Muslim people, (2) instances of propaganda in government and nongovernment media that attempt to justify or promote hatred or incite violence against Muslim people, and (3) actions taken by a country’s government to respond to such acts. The office shall coordinate and assist in preparing these portions of the reports.” [3]

Ilhan Omer is the U.S. Representative for Minnesota’s 5th congressional district. She assumed office in January 2019 amidst the volatile and unexpected Trump presidency, wherein she continued to receive a number of death threats and instances of racial harassment on account of her Islamic beliefs. Trump was a key player in exacerbating the use of hate speech against Omer, even once telling her and other representatives of colour to “go back” to their respective countries. [4]

Trump often levelled attacks against “the Squad”, a term that is often used in the media to refer to Omer and three other representatives, namely Ayanna Pressley, Rashida Tlaib, and Alexandria Ocasio-Cortez. In a social media post in July 2019, the former US President said:

“Why don’t they go back and help fix the totally broken and crime infested places from which they came? Then come back and show us how it is done…These places need your help badly, you can’t leave fast enough. I’m sure that Nancy Pelosi would be very happy to quickly work out free travel arrangements!” [4]

Following Trump’s racist outburst, condemnations piled in from all corners, including the House Speaker Nancy Pelosi. The Speaker described Trump’s remarks as wanting to “make America white again”. This response represented a play on words from Trump’s iconic campaign slogan “Make America Great Again” or the acronym “MAGA”, as supporters often use on social media. [5]

More recently, Omer has been at the brunt of racist verbal attacks by the Republican member for Colorado’s 3rd congressional district, Lauren Boebert. Similar to Omer, Boebert is also a relatively recent entrant into the House. However, this is where their similarities end and divergent views become evident. In September 2021, it was reported that Boebert told attendees at a Republican fundraiser that during a Capitol elevator ride, she and an aide were joined by Ilhan Omar. Boebert then said to her aide: “[I]t’s the Jihad Squad…She doesn’t have a backpack, she wasn’t dropping it and running so we’re good.” As though this jibe was not sufficiently offensive, on 18 November Boebert referred to Omar during a speech on the House floor as “the Jihad Squad member from Minnesota”. [6] [7]

Boebert, a staunch supporter of Donald Trump and one of the alleged instigators of the January 2021 Capitol attacks, went so far as to post revealing information on Twitter during the insurrection. Included in her social media posts was the location of other members, including an informative update that Speaker Nancy Pelosi had left the chamber. Furthermore, Boebert shared details of where police responses had been prominent and where it was less heavy. As a result of her actions, there were multiple demands for Boebert to resign due to wilfully endangering the safety of members. [8]

However, she remains a popular and influential figure within the Republican Party. No better is this illustrated than Donald Trump endorsing Boebert for re-election, just hours after the House passed bill H.R.5665 on tackling Islamophobia. [9] Owing to Trump’s Twitter ban, his spokeswoman Liz Harrington shared the following message:

“Congresswoman Lauren Boebert has done a fantastic job in her first term representing Colorado’s Third District. She is a fearless leader, a defender of the America First Agenda, and a fighter against the Loser RINOs and Radical Democrats.

“She will continue to be tough on Crime, strong on Borders, and always protect our under-siege Second Amendment. Lauren has my Complete and Total Endorsement for her reelection!” [10]