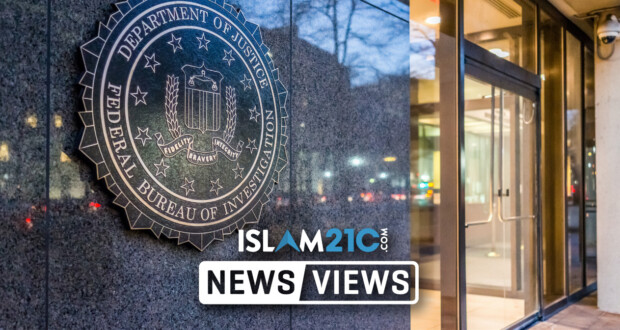 The United States Supreme Court has decided over a case that could have wide-ranging implications for US law enforcement’s ability to force people to go against their religious beliefs in order to cooperate with government agencies. [1]

The case highlights the rampant use by federal agents of the no-fly list, which has been in existence since the 9/11 attacks. In 2013, the no-fly list was reported by the American Civil Liberties Union to hold more than 47,000 names. [2]

Nihad Awad, Executive Director of the Council on American-Islamic Relations (CAIR), said the following after learning of the Court’s decision:

CAIR's lawyers have challenged the federal government's so-called Federal terrorist watch list–a de facto "Muslim registry" of 1.2 million people created by the US government and shared with many agencies & private entities to discriminate against Muslims.#Watchlist#NoFlyList https://t.co/y87YtBZeVr

Having heard arguments from both the Government and respondents on 6th October, the decision was made by the Justices on 10th December, and shortly thereafter published on the Supreme Court website.

Several years prior, FBI agents had placed three Muslim men on the no-fly list subsequent to the trio rejecting a request by the agents to spy on fellow Muslims and extract information for the agency. [3]

In the unanimous 8-0 decision, the Court agreed that the 2013 suit brought by Muhammad Tanvir, Jameel Algibhah, and Naveed Shinwari – all of whom either hold permanent residency or are US citizens – was valid.

Initially, the District Court found that the 1993 Religious Freedom Restoration Act (RFRA) does not allow for monetary compensation and dismissed the claims brought forward. The Second Circuit, one of thirteen US Courts of Appeals, reversed this ruling, opining that the RFRA’s remedies do permit financial damages. The Government then petitioned the Supreme Court to hear the case.

The tumultuous seven-year court case’s primary argument hinged on the RFRA and its provision for “appropriate relief” where an individual’s religious beliefs have been violated via government implementation of “substantial burdens”. [5]

Justice Clarence Thomas delivered the opinion of the Court by beginning with the following:

“The Religious Freedom Restoration Act of 1993 (RFRA) prohibits the Federal Government from imposing substantial burdens on religious exercise, absent a compelling interest pursued through the least restrictive means… It also gives a person whose religious exercise has been unlawfully burdened the right to seek “appropriate relief.” The question here is whether “appropriate relief” includes claims for money damages against Government officials in their individual capacities. We hold that it does.” [1]

The most recent Trump appointee to the Court, Justice Amy Coney Barrett, was not involved in the decision as she was not a member of the Court when oral arguments were made in October.

One of the respondents, Naveed Shinwari, warmly welcomed the ruling. Shinwari, an Afghan who at the age of 14 came to the US with his father, said:

“I feel extremely happy and content. All praise belongs to Allah. This is a great victory for every voiceless Muslim and non-Muslim against hate and oppression and… I hope that this is a warning to [the] FBI and other agencies that they will be held responsible for… traumatizing people and ruining their lives.” [4]

This spot of good news can hopefully benefit other cases where people have been prevented from travelling, having had their lives turned upside down, losing employment, and generally disrupting many lives.