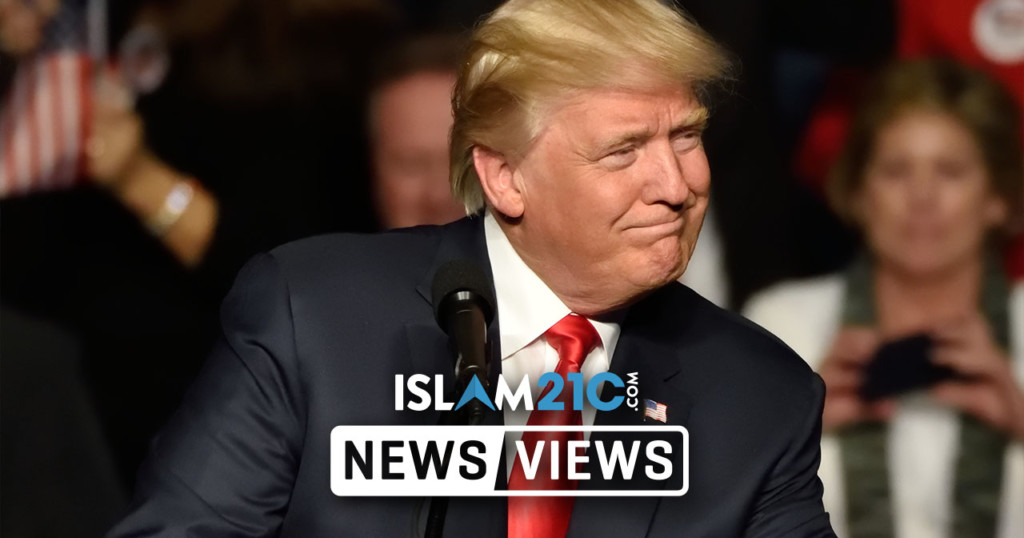 Egyptian president, el-Sisi, urged Trump to support the designation in a visit to the White House, however, there are some objections within the Trump administration.

US president, Donald Trump, is pushing to designate the Muslim Brotherhood as a terrorist organisation after holding a private meeting with the Egyptian president, Abdel Fattah el-Sisi, in the White House earlier this month.

The Trump administration ordered national security and diplomatic officials to find a way to impose sanctions on the world’s largest, Islamic socio-political movement, after the Egyptian president urged Trump to follow his lead on April 9th.

“The president has consulted with his national security team and leaders in the region who share his concern, and this designation is working its way through the internal process.” [1]

The proposal, however, has faced criticism within certain sections of the Trump administration and the National Security Council, as well as from senior officials in The Pentagon. Such a designation, they argue, would not fit the Muslim Brotherhood as its organisational structure is not in line with US policy regarding the designation of a ‘terrorist group’.

Senior officials within The Pentagon and the National Security Council argue that the Brotherhood does not fit the ‘terrorist’ designation as the movement is not a single coherent body, but rather a loose-knit movement that has chapters across the Middle East. The movement also has legal and legitimate political parties associated with it, as well as charities and other organisations, and has repeatedly denounced any form of violent ‘extremism’.

Furthermore, the designation of the Brotherhood as a ‘terrorist group’ and the imposition of sanctions on the movement would have wide-ranging consequences that would not only affect the movement, but also charities, organisations, and individuals associated with it.

Such sanctions would have economic and travel consequences for those who work with the Brotherhood, and it is unclear what those consequences would be for US citizens and humanitarian groups that work closely with the movement. Human rights groups argue that el-Sisi is pushing for the designation in order to justify and increase his brutal crackdown on the Brotherhood, who remains a source of political opposition to his regime that he has tried to violently crack down on.

Trump’s order could also further stress an already strained relationship with NATO ally, Turkey, whose president, Recep Tayyip Erdogan, is supportive of the Muslim Brotherhood. Erdogan has cut ties with the regime of el-Sisi over the illegal military coup that overthrew Mohammad Morsi, Egypt’s first president elected by the people, and the subsequent massacres that followed. Moreover, Turkey hosts exiled members of the movement.

Policy makers are attempting to formulate a policy that would not designate the movement as an outright ‘terrorist group’, but also would be acceptable to the White House. Alternative ideas include trying to identify known ‘terrorist groups’ that have ties to the movement, although none have been found, and limiting the designation to the Egyptian branch only.

Trump’s order to designate the Brotherhood a ‘terrorist group’, as well as the push to sanction it, is yet another example of how the US leader is easily influenced by foreign leaders and autocrats on foreign policy matters he has little knowledge about. This has led to him taking their advice without first being fully briefed and vetted by professionals within the various departments of the US government. Examples of this include Trump’s decision to recognise occupied Jerusalem and the Golan Heights as territory belonging to ‘Israel’.

“In all likelihood, Trump will not know anything about the Muslim Brotherhood: its history, its scholarship, its structure, nor its achievements. The ban is simply to return favours to Middle Eastern oligarchs who have and are spending hundreds of billions on US weapons and military services.

This type of US ‘political trafficking’ disregards the Gulf states’ own reasons for banning the Muslim Brotherhood. It is the only Islamic organisation that has significant support bases in all of North Africa and parts of the Middle East, not to mention its real ‘threat’ of having managed to dislodge absolutist regimes in the past through unprecedented democratic process.”

The Muslim Brotherhood was founded in 1928 by Shaykh Hasan el-Banna. It was formed as a local charity group but soon grew into Egypt’s largest social movement that provided free health care, education, and social services to millions of Egyptians and especially those affected by poverty and living in the margins of society. Through mass support from the general public, the Brotherhood entered politics as the largest opposition bloc in parliament.

Following the 2011 revolution that ousted longtime authoritarian ruler Hosni Mubarak, the Brotherhood candidate Mohammad Morsi was elected president in Egypt’s first democratic elections in 2012. In 2013, however, General el-Sisi launched a bloody military coup that overthrew Morsi and his government, returning Egypt to a one-man authoritarian rule.

Sh Haitham on on the Govt’s Embarrassing Muslim Brotherhood Report