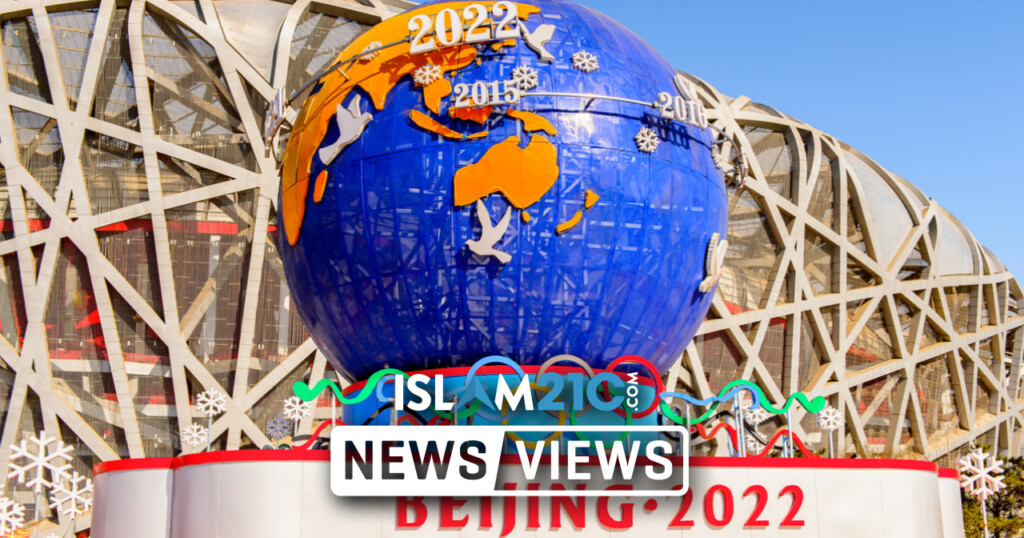 As China gears up to host the 2022 Winter Olympics,[1] the Chinese Community Party (CCP) is about to feel the heat as campaigners for Uyghur rights across the world come together to pressure multinational corporations into thinking twice about cooperating with the CCP.

The Guardian reports that activists are ready to continue sending written pleas to international companies to reconsider sponsoring the Beijing Olympics on account of these companies being complicit in the inhumane treatment of the Uyghur people.[2]

A number of firms are being targeted by the campaign, including the watch-maker Omega and electronics multinational Panasonic, as well as household names such as Visa International, Coca-Cola, Intel, Allianz, and Samsung.

The collaborative effort by various campaign groups in Australia, Canada, the UK, the US, the Netherlands, Finland, Norway, France, and Japan calls itself End the Uighur Genocide Movement. The movement has recently sent a letter to Brian Chesky, the billionaire CEO and co-founder of Airbnb, a sponsor of the Winter Games.

In the letter, it aptly refers to the Beijing Olympics as the “Genocide Games”:

“We are exiles from our country, unable to go home, unable to contact our loved ones… All over the world, campaigners, politicians and celebrities are waking up to the horror of what is going on. There is now a real risk that that Airbnb’s brand will be stained by your association with the Genocide Games.” [2]

The development follows from last August, when the world’s largest collective of exiled Uyghurs – the World Uyghur Congress (WUC) –  asked the International Olympic Committee (IOC) to think twice about holding the Winter Games in Beijing.

At the time, the IOC replied that it “…must remain neutral on all global political issues…” and absurdly said it had been given assurances by the CCP that “the principles of the Olympic Charter will be respected in the context of the Games”. The Chinese Foreign Ministry baselessly accused the WUC of holding “multiple ties with terrorist organisations”.[3]

The President of the WUC, Dolkun Isa, was explicit in his feelings towards the IOC, alleging in August 2020 that the Committee had “acted in breach of the Olympic Charter by failing to reconsider holding the 2022 Olympics in Beijing following verifiable evidence of genocide and crimes against humanity taking place against the Uyghur and other Turkic Muslims by the People’s Republic of China.” [3]

The Director of the WUC, Rahima Mahmut, suggested that Airbnb could choose to either withdraw its involvement in the Winter Games, or use its influence to shine the spotlight on the torturous practices implemented by the CCP towards the Uyghur people.

Mahmut has recently advocated for the UK government to support an amendment to the Trade Bill that is currently making its way through both chambers in Parliament.

Dear @WilfStevenson @Keir_Starmer @EmilyThornberry on behalf of the #Uyghur community in the UK, I ask you to back this amendment. We understand the government will oppose, but this has huge @Conservatives support in the Commons and will pass with your help. #Thankyou pic.twitter.com/NFa6ebCdyR

Alhamdulillāh, this Amendment was passed in the House of Lords after members voted 287 for and 161 against. The Amendment “empowers the High Court of England and Wales to revoke bilateral trade agreements if another signatory represents a state which has committed genocide under Article II of the UN Convention on the Prevention and Punishment of the Crime of Genocide”.[4]

However, at present it is still only a bill, and is currently going through a third reading in the upper house. There remains a penultimate stage until it becomes law, namely, the consideration of Amendments by the Commons, after it has fully progressed through the House of Lords.[5]

Pressure is also being placed on the Chinese government by senior British ministers. In October 2020, the UK Foreign Secretary Dominic Raab appeared at a session of the Foreign Affairs Select Committee and said that boycotting the Beijing Games would not be ruled out:

“In the UK, our concerns can only be growing about the reports of what’s happening in Xinjiang and we would want to work very closely with our international partners to give the most powerful message, whether it is in the UN… or whether it is in applying sanctions.”

“We do need to look at what action to take. The concerns of what’s happening to the Uyghurs, the detention, the mistreatment, the forced sterilisation, is something that we cannot just turn away from.”[6]