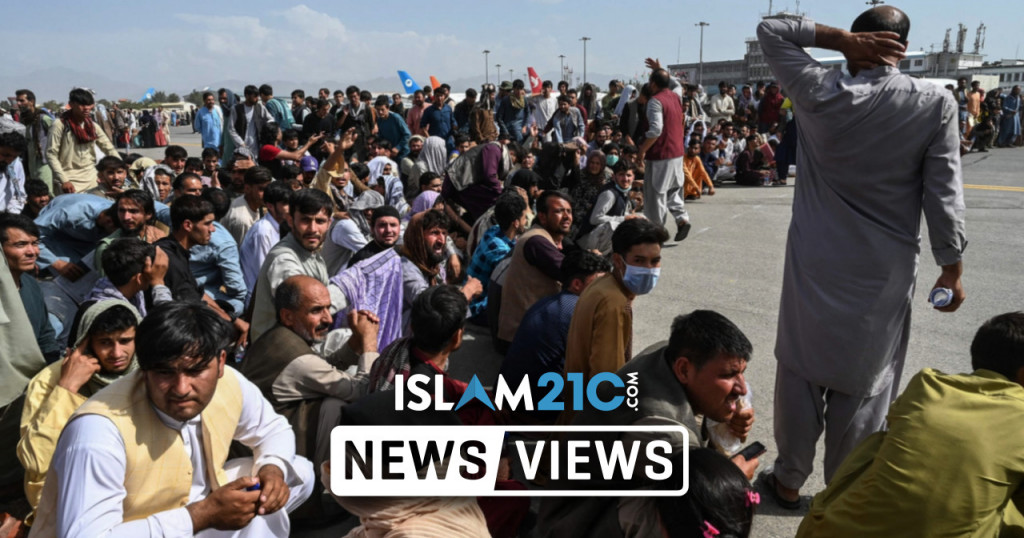 It has already been two weeks since the Taliban takeover of Afghanistan. In response, countries around the world, including those that were ironically instrumental in the devastation caused by the last two decades of conflict, find themselves in a serious predicament. They have been deliberating over how they should respond to the influx of Afghan refugees attempting to come to the West. The 30-strong NATO alliance of foreign powers that marched into Afghanistan in 2001 is now frantically looking at ways to distribute their share of displaced Afghans. Numerous nations such as Canada, Belgium, France, Germany, Italy, and other European states are expected to provide asylum to millions, as the Taliban continues to bolster its position as a government in waiting in the mountainous Central Asian country. [1] [2]

Excluding Palestinian refugees, the United Nations High Commissioner for Refugees (UNHCR) has alarmingly stated that Afghans already make up the third largest refugee population in the world, after Syrians and Venezuelans. Tragically, 3.5 million alone are estimated to be internally displaced, while a further 2.6 million are already displaced outside of Afghanistan. [3]

In recent days, US President Joe Biden has told humanitarian organisations to prepare for an influx of 50,000 Afghan refugees. The US federal government has been making use of ‘humanitarian parole’, a form of immigration processing that allows individuals without visas to enter the US and receive work authorisation. However, this mechanism does not provide any benefits that are generally granted to refugee-status immigrants. [4] [5]

Alexandria Ocasio-Cortez, the Democratic Representative for New York, has said that the current US figure of 20,000 is far too low. She addressed the Biden administration with the following statement:

“I believe the administration needs to move as quickly as possible and as expansively as possible, ensuring that we are raising the amount of refugee visas to whatever amount necessary. I would say rock bottom, 200,000.” [4]

UK Prime Minister Boris Johnson has suggested that Britain will attempt to take in 20,000 Afghan refugees over a five-year period. In opposition, Lord Dubs, who is a Labour peer, has said the UK’s plans appeared unambitious in scope. Dubs himself was a child refugee who came to the United Kingdom during World War II. He previously served as a member of parliament for Battersea. [6]

Lord Dubs was one of 669 Czechs – who were mostly Jewish children – saved from the Nazis by the late English banker Sir Nicholas Winton, on the famous Kindertransport. In the present context, he questioned the government’s refugee plan by raising the following criticisms:

“If the Canadians can take 20,000, why are we only taking 20,000 over five years? I think the criteria for prioritising women and children and vulnerable people is right, but these people are in danger now and are in desperate need for safety.” [6]

International media outlets have continued to shine the spotlight on the chaos at Kabul’s international airport, which is affected by the desperate and hasty departure of foreign fighting forces and civilian foreign nationals. However, relatively little has been reported on Afghanistan’s already dire economic situation. Despite holding untapped mineral reserves in excess of one trillion dollars, the war-torn nation had a modest GDP of just 19 billion dollars in 2019. In 2020, the Asian Development Bank estimated that 47.3 per cent of the Afghan population found itself under the poverty line. If nothing else, the rapid evacuation of foreign forces and the Taliban’s blisteringly quick takeovers around the country have only exacerbated the existing socio-political challenges. [7]

However, signs of generosity have been welcomed around the globe, with people in the UK donating in the bucket loads. Oxfordshire Council in particular has been “overwhelmed” with the donations it has received for Afghan refugees, after locals inundated the local authority with blankets, toys, teddies, toiletries, and nappies.

The leader of the Council, Liz Leffman, said of the incredibly generous level of donations:

“I would like to thank the numerous people across the county who have come forward with donations and offers of help. Our new arrivals will have been through a traumatic experience and we need to ensure that they are treated with dignity. We have already been overwhelmed with donations and we are sorting through these to allocate them according to family needs.” [8]