Are you ready for our first ever NATIONAL CAMPAIGN?
Home / Latest Posts / What are the European parliamentary elections and what do they mean? 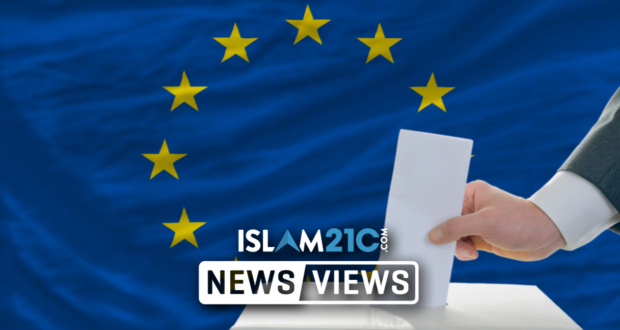 What are the European parliamentary elections and what do they mean?

The UK was expected to have left the EU prior to the elections but are now partaking in them. What does this mean for its citizens and specifically, the Muslims who live there?

The European parliamentary elections are taking place today and although Prime Minister Theresa May has repeatedly said that the UK would leave the EU in March 2019 and would not take part in them, political parties have fielded candidates and polling stations have opened up across the country.

The European Parliament is made up of 751 members, known as ‘members of the European Parliament’ (MEPs), and represents the 28 countries that make up the bloc. The election is the world’s largest transnational election, with 375 million voters registered across the continent. [1]

The number of seats allocated to each country is proportional to its population and the UK has 73 seats. The parliament passes EU laws, scrutinises EU institutions, decides the union budget, and accepts petitions lobbied by EU citizens. The parliament also legislates workers’ rights, animal rights, immigration laws, and environmental standards, as well as many other issues.

All EU member states must take part in the election and because the UK has not left the EU yet, under international law, it is obliged to take part in the process and put forth candidates to occupy its seats until a Brexit deal is reached. All major UK parties are contesting these elections. However, the newly founded Brexit Party, led by former UKIP leader Nigel Farage, is expected to come out victorious.

Voter turnout for European parliamentary elections in the UK has been historically low. However, due to the political chaos and turmoil unleashed by Brexit in the last three years, voter turnout is expected to increase this year. The vote will be seen by many as a referendum on the government, its handling of Brexit, and what people would like to do next regarding the UK’s relationship with the EU.

So now that the UK is taking part in the elections, what does this mean for Brexit, the people, and specifically Muslims? At the moment, the Brexit Party is on course for victory as pollsters have put them at 33%. [2] Many campaigners have argued that it could be a catastrophe for the UK but more so for Muslims, as Farage, and the Brexit Party he campaigns for, promote Islamophobic policies that threaten our rights as citizens in this country.

Brexit is more than just a socio-political issue in the UK; it represents real and pertinent dangers for Muslim communities. In the three years since the 2016 EU referendum, Islamophobia and anti-Muslim hate crimes have skyrocketed. Islamophobes appear to be using Brexit as a green light to attack Muslim communities and Brexit-supporting politicians, both on the far-right and in the mainstream, are using Brexit to push forward their anti-Islām agenda.

In fact, Muslim campaign groups have been encouraging Muslims to go out and vote for parties that consist of anti-Islamophobic policies, such as the Labour party, the Liberal Democrats, the Green party, and the Scottish Nationalist Party. Elections give us the opportunity to make a change in our favour and by voting, we are exercising our rights as citizens of this country, as well as holding the government and its leaders to account.

Why Vote In The European Parliament Elections THIS THURSDAY?

The Brexit referendum taught us that election results can increase Islamophobia, as racists gain confidence when their mentality gets more mainstream. pic.twitter.com/OdAPnB4yFU

Moraes also encouraged people, specifically those from BAME backgrounds, to vote, and send a clear message that Islamophobia and all forms of racism and hatred are not welcome. He believes this is an opportunity for the BAME community to stand up to the far-right, who have been on the ascendency in the last couple of years throughout the UK and Europe. 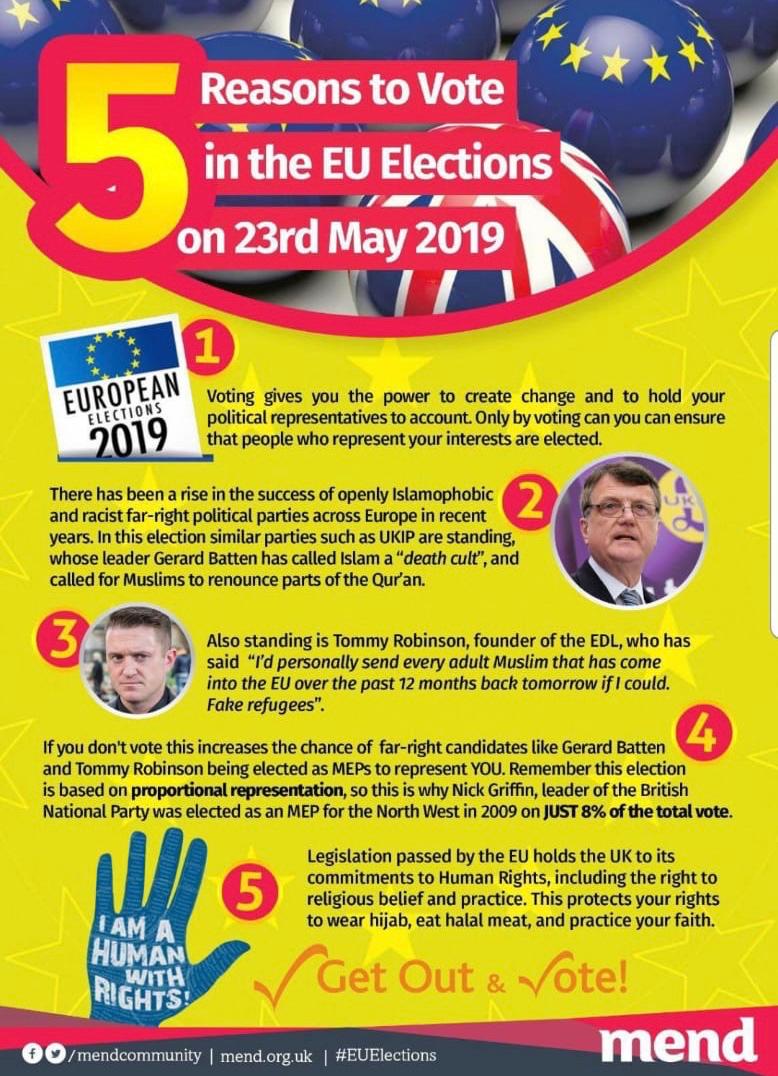 Many campaigners have argued that if Muslims do not vote and express their legitimate concerns regarding our status in this country, we could be leaving this decision-making process to those who are against our way of life and, as such, this could give them a free hand at making important decisions that would affect us. It is our collective responsibility as Muslims to improve the communities we live in, to make our lives, and the lives of those around us, better.

The motivation for many Muslim campaigners has been the following narration, which campaigners such as MPAC, have been quoting: