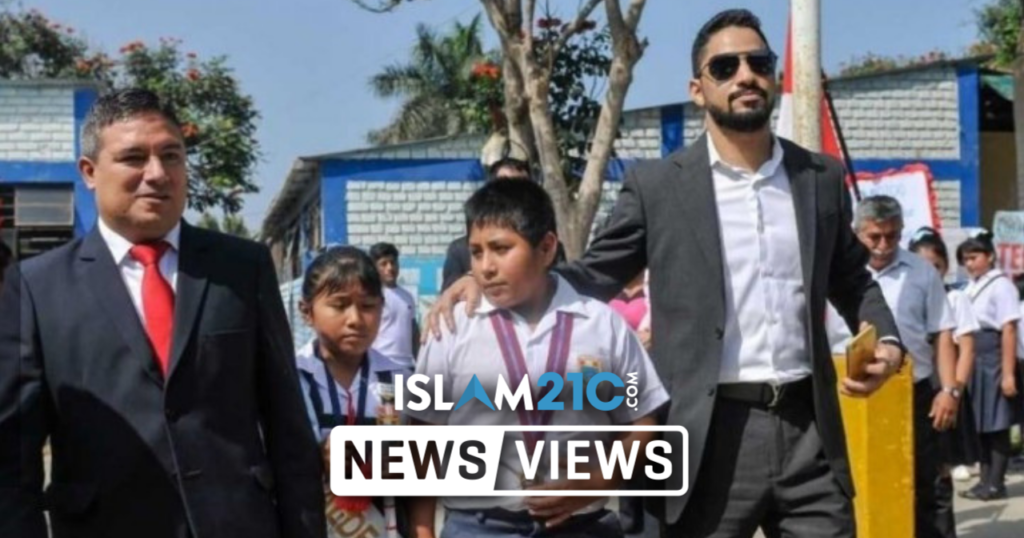 A 12-year-old boy went viral after he was seen doing his homework under a street lamp in his home town. [1]

Victor Angulo was forced to study outside using the light of a street lamp, because his family couldn’t afford the electricity bills in the residential neighbourhood of Moche, a city in Northern Peru.

The mayor of the town first visited the boy’s house, to give him school supplies and helped the family to pay their bills and get electricity installed.

But the clip has since gone viral after a local resident shared it on social media, capturing the attention of the wealthy businessman and philanthropist, Yaqoob Mubarak.

Originally based in Bahrain, he flew to meet Victor last month, and has funded and organised work on a new house for him and his family, while promising to continue to provide money so his parents can start their own business. [2]

The businessman also provided a wheelchair to one of Victor’s disabled friends.

“This kid will make a big story, a big success story for all the kids in the world.”

The 31-year-old millionaire and owner of an exclusive chocolate and candy store, ‘The London Store’, imports products from different parts of the world, but his successes were not first before experiencing a difficult childhood, suffering from depression due to the lack of affection from his family and seeing some of his childhood friends die from drugs and crime in his youth.

He overcome that chapter of his life by finding Islam, catapulting his desire to help others. So Victor’s determination to study in the midst of poverty moved his heart.

“Yaqoob Mubarak, I want to thank you for all that you are doing for us, for the children of the school, as well as for Alvaro who is one of our brothers, you are helping him, and for that we thank you very much.” [3]

Mr Mubarak was honoured with keys to the town and various medals when he visited Moche and he has promised to take Victor and his mother to visit Bahrain later this year.

Victor remains determined to get an education so he can grow up to be a police officer to “fight corruption, thieves, and drugs.”