Will the Oscars care about Syrian women in Assad’s prisons crying #MeToo? 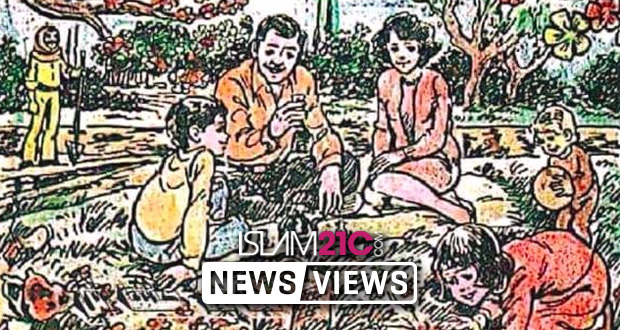 A small Arabic children’s story book tells of a family wearing their finest clothes whilst having a delicious picnic in a park in Ghouta, Syria. [1] That park has been replaced with rubble with its ground soaked with the blood of children. There is no doubt that, when the author wrote the book or indeed when the countless number of parents who read the book, no one would have foreseen what would become of Ghouta or its park. If History teaches us anything, it is that no land or people, no matter how seemingly sophisticated, are more than a few steps from savagery.

Despite the UN resolution, residents in Ghouta report a continued bombardment, with food rations dwindling and being near impossible to smuggle food into the besieged city. [2] Reports over the weekend stated that regime forces of Bashar al-Assad had advanced on some rebel held areas in eastern Ghouta. [3] However rebel commanders speaking to Al-Jazeera stated that the regime gains were not significant and actually comprised of mostly farmlands or areas not heavily populated.

Whilst Moscow has claimed a “humanitarian pause”, analysts have commented that in reality it is little more than a military tactic to allow Assad’s forces supported by Russian personnel to commence a ground offensive. This also illustrates the blanket and indiscriminate bombing which the Russian forces had executed on Ghouta that it required a lull to conduct a ground offensive.

Despite Russia’s offer of ‘safe passage’ for non-combatants to escape, according to the Syrian Observatory for Human Rights, no civilians have done so. [4] Some commentators have suggested that this is because of fear of Russian and regime treachery.

If Russian backed regime forces continue their advance, then the worst is feared for the 400,000 residents of Ghouta, the women in particular. The Conscience Convoy, a Turkish initiative, has identified 13,581 women who have suffered rape and torture in prisons run by the Assad regime. According to a representative of the Conscience Convoy who had interviewed more than 100 Syrian women:

“They told us what happened to them, what happened to young girls. The Assad regime is using women’s bodies as a tool to win this war. The world is silent. These women are screaming loudly in these prisons, but no one hears their voices” [5]

As Hollywood gathers to celebrate the Oscars and supports the #MeToo movement tonight, [6] the question which begs to be asked is: is it just white superstar actresses who deserve to be protected from sexual abuse? Or do the honour and pleas of women being violated in regime prisons deserve a voice too?