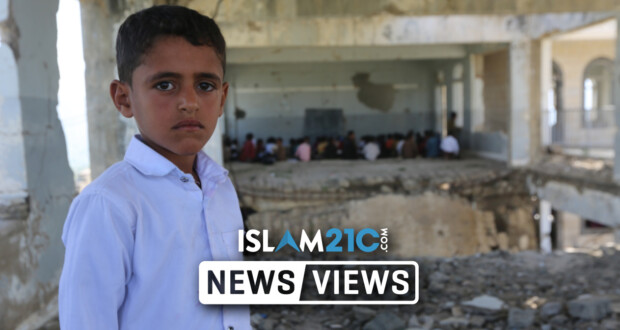 Several women have been killed after the Iranian-backed Houthis reportedly fired an artillery shell from the eastern part of the city of Hodeida that landed on a wedding venue. [1]

In addition to the deaths of the five women, seven children were also injured in the attack for which neither the Saudi-backed government nor the Houthi rebels have yet claimed responsibility. [2]

The bombing comes only two days after the Aden International Airport was rocked by a deadly attack which the Yemeni Interior Ministry said caused the deaths of at least 26 people and injured over 110. [3]

In a barrage of what Yemen’s internationally-backed government said was four ballistic missiles, the bombing was seemingly timed to concur with the landing of a government plane carrying the newly formed Cabinet members. Nobody onboard the plane was hurt.

“This treacherous, cowardly and terrorist attack, places the government at the heart of its responsibilities, which is the task of ending the coup, restoring the state, spreading stability and the recovery of our country…” [4]

In a reflection of the lack of desire for either side to accept responsibility for the blast, the Houthi-aligned governor of Hodeida said:

General Sadek Douid, a government representative from the UN-sponsored joint commission that is trying to make a truce, lambasted the blast as “an odious crime committed by the Houthis against civilians”. [5]

Millions have been displaced and thousands killed in the continuing war that began in 2014 between the Saudi-led coalition and the Iranian-backed Houthi rebels. The situation in Yemen is said to be the world’s largest humanitarian crisis, with more than 24 million people in need of aid. [6]

The UN has warned that millions of children could be pushed to the edge of starvation as a result of a huge drop in international aid and humanitarian funding during the Covid-19 pandemic. [7]

2021-01-03
Shaheer Choudhury
Previous: Palestinian left quadriplegic after gunshot to the neck
Next: Al-Fatihah: The Opening