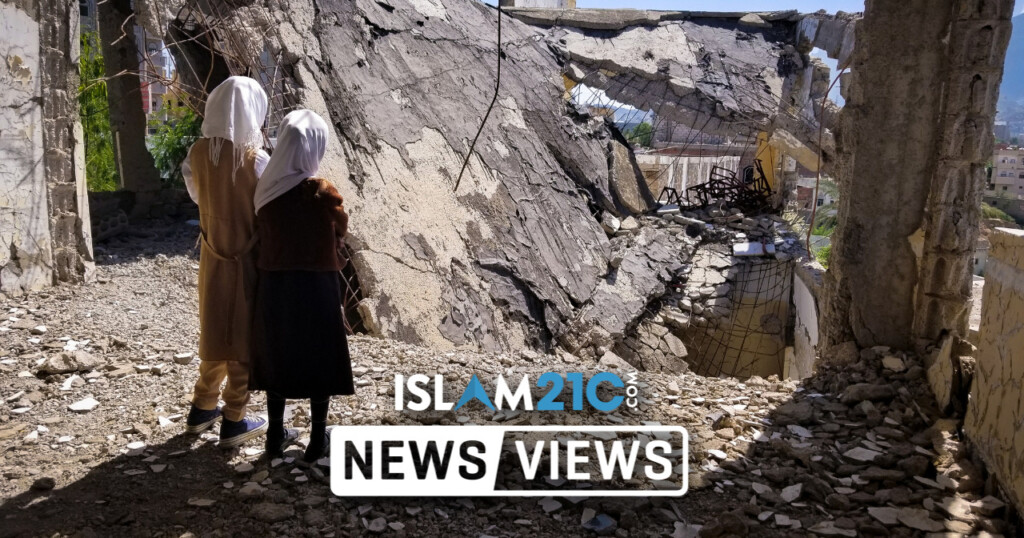 The UN has warned that millions of children could be pushed to the edge of starvation as a result of a huge drop in international aid and humanitarian funding during the Covid-19 pandemic.

The United Nations Children’s Fund (UNICEF) has estimated that an additional 6,600 children could die from preventable causes, including malnutrition and preventable diseases, as the healthcare system in Yemen teeters on the brink of collapse with huge shortages in medicine, equipment, and staff.[1] This is an increase of 28 per cent.

The United Nations under secretary-general for humanitarian affairs, Sir Mark Lowcock, has said that the situation is dire. Speaking to Sky News, he said:

“I have worked on Yemen for many years now, seeing many bad moments. This is the darkest moment I have ever seen,”

“The world needs to wake up and decide whether it’s willing to let millions of children simply lose their lives or whether it is to step up, and, as is still possible, prevent a huge tragedy.”

An additional 30,000 children could develop severe acute malnutrition in the next six months, whilst the overall number of malnourished children under five years old could increase to 2.4 million. This would constitute almost half of under-five children in Yemen, and an increase in 20%.

UNICEF also warned that unless $54.5m (£44m) is received by the end of August this year, 23,500 children with severe acute malnutrition would be at an increased risk of dying. A further 19 million people will be at risk of losing any access to healthcare – this will include 1 million pregnant and breastfeeding mothers and their children.[2]

Yemen is already facing what the UN has previously described as the world’s worst humanitarian crisis, as a civil war that erupted in 2015 has turned into a proxy war between the Iran-aligned Houthi movement and an Arab coalition led by the UAE and Saudi Arabia. The devastating conflict has left 9.58 million children without clean water, sanitation, or healthcare, which are crucial for limiting the spread of Covid-19.

UNICEF also highlighted that operational sanitation and clean water facilities will also shut down unless $45m is secured. This will further negatively impact more than two million exceptionally vulnerable children already suffering malnourishment, and will result in a disastrous decline in their nutritional status.[3]

Sara Beysolow Nyanti, the UNICEF Representative in Yemen, noted that the UN is “trying to prevent the health and water systems collapsing.” In total, UNICEF reported that it required $461m for its humanitarian response, which is 39% funded, whilst a further $53m is required for its Covid-19 response, which is only 10% funded.[4]

Approximately half of Yemen’s healthcare facilities were non-operational before the outbreak of Covid-19, as cholera, dengue fever, and malaria ripped through Yemen. Now, a vast majority of the remaining operational facilities have been dedicated to treating Covid-19 patients, leaving little to no resources and facilities for other diseases.[5]

Nyanti also added that “we cannot overstate the scale of this emergency”, noting that “if we [Yemen] do not receive urgent funding, children will be pushed to the brink of starvation and many will die. The international community will be sending a message that the lives of children in a nation devastated by conflict, disease and economic collapse, simply do not matter.”[6]

Millions have been displaced and thousands killed in the continuing war that began in 2014 between the Saudi-led coalition and the Iranian-backed Houthi rebels. The situation in Yemen is said to be the world’s largest humanitarian crisis, with more than 24 million people in need of aid. [7]

One Ummah  is one of the main UK charities providing life-saving support to the millions affected by food insecurity in Yemen. You can help save lives. Click here to find out more.