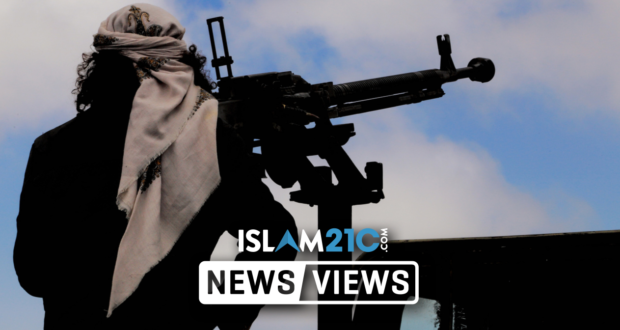 The Houthi movement in Yemen has announced that it has captured “thousands” of troops including several Saudi army officers, after a major attack that took place near the border with the southwestern Saudi region of Najran. [1]

In a statement a Houthi spokesman has said that three “enemy military brigades had fallen”, thousands of soldiers captured and many others killed. The spokesman also claimed that “hundreds of armoured vehicles” had been captured in the operation. There has been no immediate confirmation from the Saudi authorities. [2]

Colonel Yahiya Sarea stated that Saudi forces has suffered major “losses in life and machinery” and that all those captured on Saturday would be paraded on the Houthi-run Al Masirah TV network on Sunday.

The military spokesman said that the attack shows Saudi Arabia that if “it continues its aggression against Yemen” its fighters are capable of further penetrating into Saudi territories.

“The Houthi military spokesperson revealed that those who have been captured will be put in undisclosed areas in order to protect them from Saudi airstrikes,”

“They are assuring the families of the prisoners of war that they will be kept in a secret place in order to keep them safe from any harm.”

The Houthis control the northern part of Yemen and in recent weeks have stepped up their drone and missile attacks across the southern border of Saudi Arabia.

The Houthis claimed to have carried out “sniper shooting and other tactics in order to further tighten their grip on the three military brigades” that are said to have been captured in the operation.

The attack has been dubbed the “largest operation and military bait against enemy forces since the (Saudi-led) aggression started (in 2015)”. [3] It is thought that the sheer scale of the attack is likely to force the Saudi-led coalition to consider ending its war that has left up to 100,000 thousand people killed, most of whom are civilians. [4]

The ongoing war in Yemen has left 85% of the population (over 22 million people) in desperate need of aid and facing catastrophic conditions, according the United Nations humanitarian chief. [5]

However, the war continues many years later in what has become a proxy war. More than 2 million people have been displaced by the war which has devastated the poorest nation in the Arab world, and continues to see its already-weak economy completely collapse.