Zionist state behind coup against Mohamed Morsi, says its General 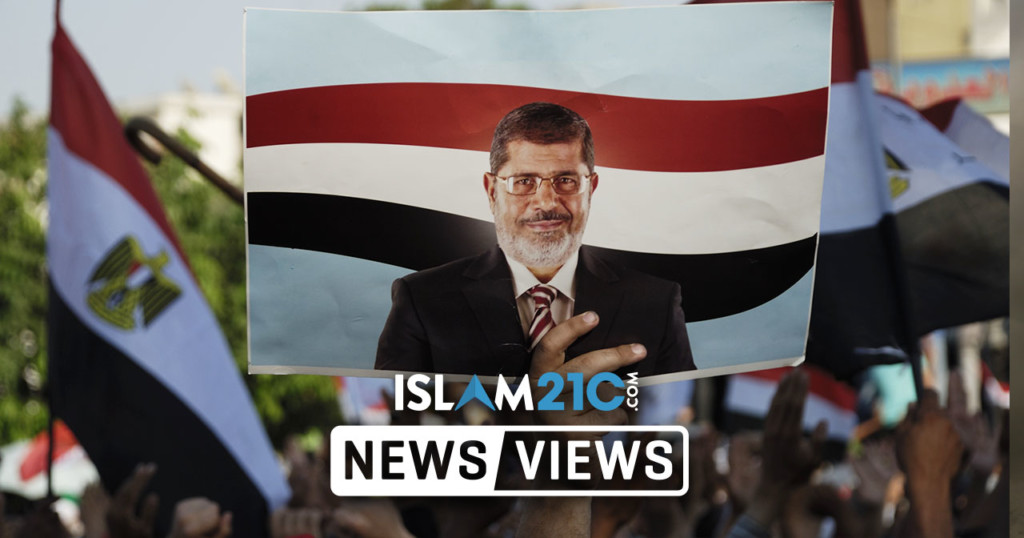 A general of the Zionist state has reportedly said, in the Maariv newspaper, that the Zionist government was behind the military coup that overthrew President Mohamed Morsi, Egypt’s first democratically elected president, in 2013.

According to Middle East Monitor, Brigadier General, Aryeh Eldad, is reported to have said that after the Egyptian revolution in 2011, an assessment had concluded that Morsi supposedly intended to revoke the Egyptian peace treaty with the Zionist state, and move his troops into the Sinai Peninsula.[1]

“At that stage, Israel was quick and willing to activate its diplomatic tools, and perhaps even greater means, to bring Abdel Fattah Al-Sisi to power in Egypt, and convince the then US administration under President Barack Obama not to oppose this move.”1

Eldad added that the Camp David peace agreement, made between Egypt and the Zionist state 40 years ago, has surpassed Zionist expectations and lasted for decades. This comes despite a lack of “real peace” between themselves and ordinary Egyptians, as well as the failure of the Oslo Accords in resolving the Arab-Israeli conflict.[1] This failure, he continued, is not due to a geopolitical conflict, but rather:

“We are rather having a religious war with the Palestinians and the Arabs.”[1]

In July 2013, Egypt’s first democratically elected president, Mohamed Morsi, was overthrown in a coup d’état led by former general, Abdel Fattah el-Sisi. The US backed this coup and aided the arrest “pro-Western opposition leader”, Morsi, and thousands of Muslim Brotherhood members, who had been accused of terrorism and other trumped up charges.[2]

Following the military coup, thousands of Egyptians took to the streets to protest the illegal takeover. In response, the military indiscriminately fired live ammunition on the protestors, killing an estimated 3,500 people in, what is now known as, the Raba’a al-Adawiya massacre. Human Rights Watch has called the massacre “one of the world’s largest killings of demonstrators in a single day in recent history”.[3]