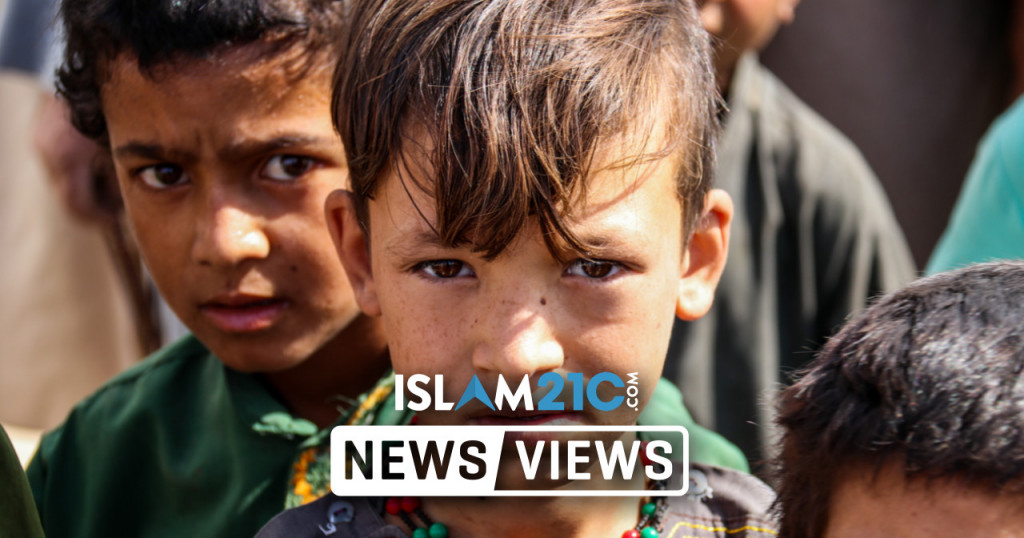 Dr. Natalia Kanem, the head of the United Nations Population Fund (UNFPA), has issued a stern warning regarding the crisis in Afghanistan. According to Kanem, “it would not be an exaggeration to say” that at least one third of Afghanistan’s 38 million citizens are on the verge of “imminent hunger”. The shocking indictment comes only weeks after international aid agencies repeatedly issued similar warnings concerning the state of Afghanistan’s crumbling healthcare system amid economic woes. These troubles have only been exacerbated by the Taliban takeover of the country’s governance structure in August and the international community’s wariness in continuing aid payments. [1]

Formed in 1969, UNFPA is the United Nations’ sexual and reproductive health agency. Its remit includes providing support to expectant mothers; the training of health workers to ensure as many childbirths are supervised by skilled personnel; and providing life-saving packs to survivors of natural disasters and war. [2] Speaking to AFP from UNFPA headquarters in New York, Kanem said via video:

“There is a lot of anxiety over how we’re going to deliver health care, where the next meal is going to come from.

“It is urgent, for women and girls in particular who were already suffering. This is one of the countries with the highest death during childbirth and pregnancy rates. We cannot underscore enough that even during a transitional period, women and girls have human rights and these are to be respected.” [1]

Moreover, a study undertaken by the United Nations Development Programme (UNDP) has forecasted a worst-case scenario of 97 per cent of Afghans plunging below the poverty line by 2022. [3]

Kanni Wignaraja, who presides as UN Assistant Secretary General, said of the findings:

“We are facing a full-on development collapse on top of humanitarian and economic crises…Half of the population is already in need of humanitarian support. This analysis suggests that we are on course for rapid, catastrophic deterioration in the lives of Afghanistan’s most vulnerable people.” [3]

Numerous other aid agencies including the International Rescue Committee (IRC), World Health Organization (WHO), Human Rights Watch (HRW), International Federation of Red Cross and Red Crescent Societies (IFRC), as well as UN Secretary General Antonio Guterres and the head of the UN’s World Food Programme (WFP) have warned of impending starvation. The threatening conditions, they note, are likely to be made worse by drought and the coronavirus pandemic. [4] [5] [6] [7] [8] [9]

The people of Afghanistan are facing a humanitarian calamity.

This is the time for the international community to extend a lifeline and do everything we can – and everything we owe – to help them hold on to hope. https://t.co/ZX1koiribx

WFP Executive Director David Beasley told Al Jazeera in August that there would be “catastrophe on top of a catastrophe” if urgent funding was not secured to help the people of Afghanistan. [9]

“We need this funding now because the winter months are coming. We have four million people in the most difficult areas where winter just compounds the opportunity to reach them.” [9]

David Miliband, the President and CEO of the IRC, said in a press release prior to the 76th Session of the UN General Assembly (which began on September 14 and will close on September 30):

“Afghans must not pay twice over for failures of the international community: first for war and now for neglect. While international attention has been understandably focused on evacuations, 40 million Afghans remain in a country on the verge of a humanitarian meltdown. Afghans were already enduring one of the world’s largest humanitarian crises before this latest unraveling, resulting from the intersection of conflict, COVID-19, and climate change. Today, nearly half the population is in need of humanitarian assistance. Recent turmoil has brought Afghanistan’s economy, health system and social services to the brink, and will only make fresh demands on the response, which is already desperately stretched.” [4]

Miliband further outlined the scale of the humanitarian crisis, noting that millions are unable to access vital health services:

“Afghans need and deserve life-saving humanitarian aid regardless of whose control they live under. With a collosal $766 million funding shortfall just as needs are increasing, the human cost of under funding the humanitarian response is plain to see: 12 million people will not be able to obtain critical health services, while 1.4 million women will be left without safe places to receive comprehensive support and 1.2 million children will lose specialised services to reduce their exposure to violence, recruitment into armed groups, child labour, early marriage, and sexual exploitation.” [4]

After more than four decades of war, occupation, and conflict, the country remains heavily reliant on foreign aid; approximately 40 per cent of its gross domestic product (GDP) is made up of grants from the International Monetary Fund (IMF) and the World Bank. However, both of these financial institutions have halted payments since the Taliban reintroduced the Islamic Emirate of Afghanistan.

Furthermore, international donors have been unwilling, to some extent, to provide funds due to the Taliban’s past record on governance, and the fact that the majority of the country’s central bank assets remain in the Federal Reserve Bank of New York. As a result, the Taliban government lacks the vital funds that are urgently needed to revitalise its healthcare system and prevent widespread famine. There are believed to be around 9 billion dollars in foreign reserves held in New York. Afghanistan’s economy remains heavily reliant on regular cash shipments from the US in order to maintain its short term liquidity needs and long term solvency position.

In scenes of frustration, Afghans poured out in the capital city of Kabul on Friday, as they called for the US to release their country’s reserves. The incumbent permanent representative to the UN for the Islamic Emirate of Afghanistan, Suhail Shaheen, called for the restrictions to end. He posted on his Twitter profile that “there is [an] urgent need for unfreezing our asset to overcome the harsh poverty situation”. [10] [11]

People in the capital city of Kabul took to the street, demanding immediate release of Afghanistan’s central bank reserves. They were chanting, our people are facing hard economic situation, there is urgent need for unfreezing our asset to overcome the harsh poverty situation. pic.twitter.com/InsXcgKKjb