Are you ready for our first ever NATIONAL CAMPAIGN?
Home / News / Brexit: MPs reject Boris Johnson’s call for general election 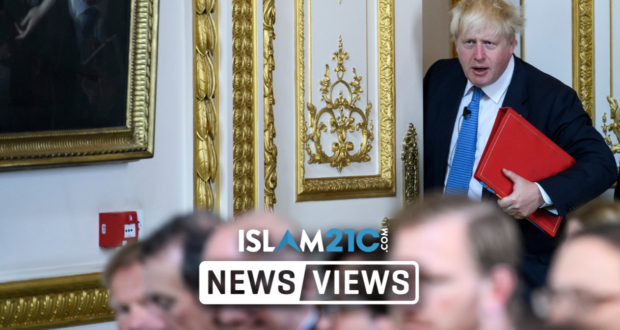 Boris Johnson on Wednesday attempted to get a Bill passed under the Fixed Term Parliament Act to call a general election as early as 15 October as retaliation for the action of MPs. This attempt was also unsuccessful, leaving Johnson with the unenviable record of 3 defeats within 2 days – a record low for any Prime Minister, let alone one who has been in the job for mere weeks.

To add to Johnson’s woes, former Tory MP Phillip Lee, in a stunt that will live long in memory, walked across the floor to defect to the Liberal Democrats party, leaving Johnson with a minority government. The Prime Minister was seemingly stunned and harried throughout the remainder of his speech. Some commentators have suggested it seems that Johnson is cracking under pressure, whilst Jeremy Corbyn seems to be rising to the challenge.

“This Conservative government is aggressively pursuing a damaging Brexit in unprincipled ways. It is putting lives and livelihoods at risk unnecessarily and it is wantonly endangering the integrity of the United Kingdom.”

“More widely, it is undermining our country’s economy, democracy and role in the world. It is using political manipulation, bullying and lies. And it is doing these things in a deliberate and considered way.”

This latest piece of theatre follows a series of extraordinary manoeuvres and threats by the Johnson government, which was only thrust into power by little over 160,000 conservative members. Foremost among these is PM Johnson’s prorogation of parliament, which is patently an attempt to circumvent democracy. The BBC, which is funded by the license fees of millions of households in the UK, attempted to play down the prorogation of parliament when a BBC journalist asked former Conservative deputy PM Michael Heseltine:

The Tory grandee replied: “Come off it, this is sophistry. You know perfectly well that this is the spin of a ruthless No 10 machine. This is a significant, determined, calculated move to frustrate parliament. Don’t let anybody deceive you about anything else.”[1]

Following on from the prorogation, prominent Brexiteer Michael Gove MP refused to rule out that the executive would ignore any law passed by parliament.[2] This position has been reinforced by PM Johnson when, in his speech, he refused to countenance any scenario in which he would ask Brussels for an extension. It seems that those in power consider themselves above the law, which provides a frightening insight to how a post-Brexit government could behave.

Michael Gove has been subject to even more criticism in recent days for failing to publish a no deal dossier warning of food, fuel, and medicine shortages.[2] Senior doctors, including consultant neurologist Dr David Nicholls, have voiced concerns about the availability of drugs if the UK was to leave the EU without a deal.[3] Dr. Nicholls spoke from a position of authority as he was involved in writing part of Operation Yellowhammer plans for a no deal. Retailers today also warned that a ‘crash out’ Brexit would cause shortages of fresh food together with a rise in prices.

Johnson’s reaction has been to call a general election. However, Jeremy Corbyn’s Labour Party appear to be out-manoeuvring Johnson by asking for legal guarantees before agreeing to an election, and it appears that Labour MPs were instructed to abstain on the general election vote in order to inflict a further crushing blow on the Government.

Commentators have suggested that senior Tory strategist Dominic Cummings was planning to trap Labour into agreeing to a general election, only to change the date until after the 31st October – thereby allowing the UK to crash out of the EU without a deal, although it is open to question whether Johnson and his posse will abide by the judiciary given their contempt for the legislature.

In addition, Johnson’s threat to deselect Tory MPs who voted against him on Tuesday has come to fruition, with 21 MPs having the whip removed. These MPs include the Father of the House Kenneth Clarke MP, prominent ex-cabinet ministers, and Nicholas Soames MP (grandson of Winston Churchill). The irony of PM Johnson, author of ‘The Churchill Factor’, deselecting the grandson of the British wartime hero and Johnson’s own role model is not lost on some.[4] In a withering statement today, Nicholas Soames said:

“I want to make clear that I have always believed the referendum vote must be honoured, and indeed I have voted for the Withdrawal Agreement on every occasion it has been put before the house – which is more than can be said for the prime minister, the leader of the house, and other members of the cabinet whose serial disloyalty has been such an inspiration to so many of us.”[5]

It may be reasonably asked why such unconventional and desperate moves are being made in the 11th hour. The leader of the Labour Party, Jeremy Corbyn, did attempt to form a transitional government in order to stop the UK crashing out of the EU, only to be blocked by Liberal Democrat leader Jo Swinson. It seemed that the newly elected Liberal Democrat leader was uncomfortable supporting Jeremy Corbyn’s temporary premiership to avoid a catastrophic Brexit (despite it being the raison d’être for the party and its revived fortunes), but was more than happy to support the coalition Tories’ austerity policies for 5 years.

Whilst in coalition, Swinson conducted an unforgiveable about-turn on student tuition fees, which is having a profound impact on students today and has left many with debts running into the tens of thousands of pounds. The austerity policies of the Tories-Liberal Democrats coalition also included the bedroom tax and vicious cuts to public services.[6]

2019-09-05
Dr Izzadeen Chowdhury
Previous: BREAKING: Former Egyptian President Morsi’s son dies of “sudden” heart attack
Next: The last of his sons but the first to follow. Who was Abdullah Morsi?