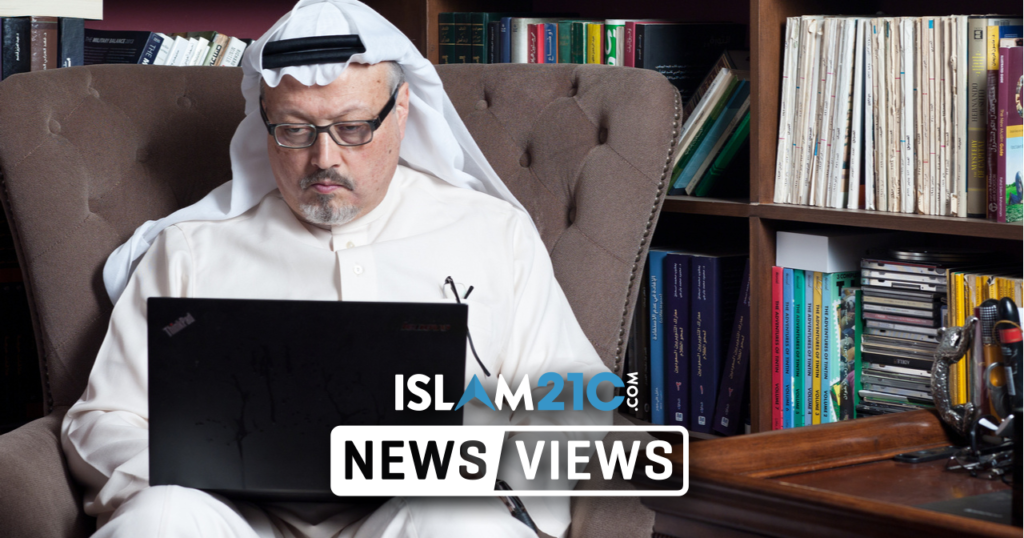 On Saturday a court in Turkey accepted an indictment on the 2018 brutal killing of Saudi author and journalist, Jamal Khashoggi (raḥimahu Allāhu).

Khashoggi was inhumanely murdered in Saudi Arabia’s consulate in Istanbul. On 2nd October 2018, Khashoggi walked into the Saudi consulate in order to acquire documentation confirming that he divorced his ex-wife. The 59-year-old was never to be seen again. [1]

The murder of the journalist prompted worldwide outrage and increased scrutiny of Saudi’s Crown Prince Mohammed bin Salman who denies being involved in the killing. According to several reports by the UN and other independent organisations, Khashoggi was very likely killed on orders of the Crown Prince.

The indictment states that suspect Mansour Othman M. Abbahussain, working as major general and intelligence officer in Saudi Arabia, was tasked in the office of Crown Prince Mohammed Bin Salman and was instructed by Ahmed Bin Mohammed Al-Asiri to bring Khashoggi back to the country and to kill him if he resisted. It further added that Abbahussain assembled a 15-man hit squad, including himself, for the murder. [2]

He also distributed tasks among the squad, separating them into three groups: intelligence, logistics, and negotiation.

In addition, the indictment accuses al-Asiri and Saud Al-Qahtani of incitement to deliberate killing through torture and seeks aggravated life sentences for both.

The indictment also accuses 18 other Saudi nationals and recommends aggravated life sentences for each of them.

According to the indictment, the 18 were in consensus over killing Khashoggi if he refused to return to Saudi Arabia and acted on the mutual decision to commit the crime.