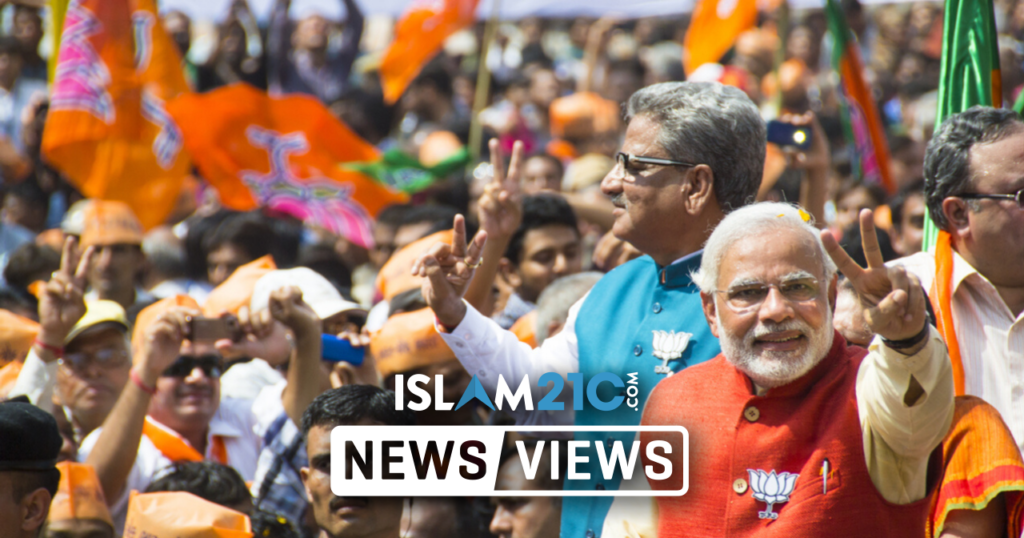 The outbreak of the coronavirus has provided a fresh opportunity for a new wave of Islamophobia to grip the Indian Muslim community.

Pregnant and bleeding, a Muslim woman, Rizwana Khatun, arrived at the MGM hospital in Jamshedpur, Jharkhan. She was beaten, asked to clean up her blood and prevented from entering the hospital for treatment under allegations that she was spreading the coronavirus. These events culminated with the tragic loss of her child.[1]

A similar event occurred earlier in the month where a government hospital in Rajasthan, refused to admit and allow entry to a pregnant Muslim mother, resulting in another miscarriage.[2]

These unfortunate events come after the ruling Bharatiya Janata Party (BJP) announced that blame for the outbreak of the coronavirus in India is placed upon a Tablighi Jamaat gathering in mid-March.

Though similar religious gatherings within the Hindu community took place, including one lead by the BJP Chief Minister of Uttar Pradesh, these have all escaped any notable criticism.

Dr Zafrul-Islam Khan of the Delhi Minorities Commission also noted that there are ‘dozens of examples of government, political parties and other religious groups who also flouted the coronavirus restrictions and gathered in large numbers.’[3]

In light of the BJP’s announcement, a hospital in Meerut, a northern city in Uttar Pradesh, published a notice declaring that it would refuse to admit and treat Muslim patients unless they provided proof of negative COVID-19 tests. Hindus and other religious communities, on the other hand, were not subject to this limitation and were admitted freely.

The BJP’s position has also led to the segregation of Muslims and Hindus in the government-run Ahmedabad Civil Hospital in Ahmedabad, Gujrat. The Medical Superintendent at the hospital noted that this decision had come directly from the government.[4]

The Gujrat State is governed by the BJP and it is where Narendra Modi was the Chief Minister for 13 years, between 2001 and 2014, before becoming Prime Minister of India.

The actions of these hospitals are symptomatic of the growing demonization of the Indian Muslim community as Hindutva and nationalist groups accuse Muslims for conducting a covert campaign to spread the coronavirus in India.

Though the World Health Organisation recommended, in their press conference on 06 April 2020, that we should not be ‘profiling COVID-19 along racial, along religious, along ethnic lines’, the outbreak has seen increasing sectarian violence.[5]

Reports have noted that a number of Muslim volunteers, distributing food in impoverished communities during the lockdown, have been the victim of violent attacks by Hindu nationalist mobs and even the police.[6]

From the Citizenship (Amendment) Act introduced last year, to the lock-down in Muslim majority Kashmir and the BJP encouraged violence in New Delhi earlier this year, the hijacking of the coronavirus pandemic as an excuse to vilify Muslims is yet another disheartening and dark chapter in the treatment of Indian Muslims at the hand of Modi and his Hindutva BJP.

With Modi’s landslide victory in achieving a second term as India’s prime minister, it appears that Hindu ‘extremist’ mobs will go to all sort of lengths and use different devious methods as motivation to continue their torturing ways.

These incidents are not the first of its kind. In the past, footage emerged of a 22-year-old Muslim being “mercilessly beaten” and killed by a mob who had tied him to a tree and forced him to chant slogans praising two Hindu ‘deities’. [7]

Other reports include Muslim youth and students being attacked, a Hindu ‘extremist’ mob chanting outside a mosque and threatening to attack it, and a 40-year-old Imām being rammed by a car, all in the name of the same Hindu ‘deity’. [8] [9] [10]

Under Modi’s rule in the past, the country had seen a rise in ‘extremist’ killings of Muslims. In 2002, for example, he reportedly allowed Hindu mobs to “vent their anger” with anti-Muslim riots during his rule in Gujarat – riots that killed 1,000 people in the process. [11]

Furthermore, after Modi became prime minister in 2014, the country saw a rise in what has been referred to as “cow vigilantism”. This is a term that is given to the violent and hateful Hindu mobs who target and kill human beings in the name of the cow, in which they consider a deity. In 2018, the way in which the police handled 28-year-old Akbar Khan’s death highlighted how the country’s state and institutions had become “part of the mob”. [12]

Recently, BBC reported a 48-year-old Muslim food stall owner had been forced to eat pork by Hindus who had disagreed with the selling of beef curry. The stall owner, Mr Ali, labelled it as an “attack” on his faith. [13]