More than 50 massacred ahead of Nakba Anniversary in Gaza 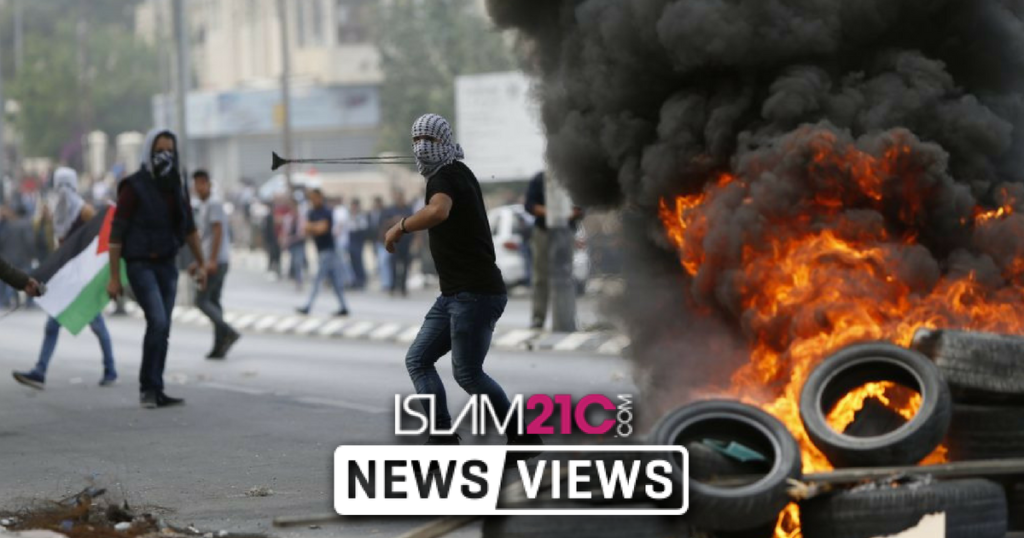 The Israeli army in a brazen use of lethal force has killed at least 52 unarmed Palestinian protestors and wounded more than 2,400 as they fired live ammunition, tear gas and firebombs against demonstrators on the fence near Israel.[1]

Of those killed the Palestinian Ministry of Health says that at least six were children and one woman. The wounded include at least 200 children with a further 78 women and 11 journalists. According to the Ministry some 918 protesters were shot at with live ammunition. There is significant fear that death toll will rise as a further 39 Palestinians are in critical condition.[2]

“The wounded are lying on the floor there are no more beds to accommodate them. The hospitals are overflowing.”

The journalist went on to say that:

“Ambulances have not stopped arriving. The refrigerators are filling up bodies and hundreds of people are crowding near them distressed by the news of the killing of their loved ones.”

“These actions are made all the worse because they come not as the result of a disproportionate over-reaction to one day’s protests, but as the culmination of six weeks of an apparently systemic and deliberate policy of killing and maiming unarmed protestors and bystanders who pose no threat to the forces at the Gaza border, many of them shot in the back, many of them shot hundreds of metres from the border, and many of them children.”[3]

Tomorrow marks al-Nakba, “The Great Catastrophe” for the Palestinian people which remembers the establishment of the state of “Israel” on May 15, 1948. In what seems to be a very clear sign of provocation against the Muslim and Arab world, the Trump administration decided to open its embassy in Jerusalem today.

The administration has washed its hands of any responsibility for the bloodshed despite there being a general global consensus that the opening of the embassy in Jerusalem is an act designed to pour fuel on existing fires.  Indeed, in an astonishing intervention, Jared Kushner, one of Trump’s closest advisors and son-in-law, as well as a close personal friend of Saudi Arabia’s Crown Prince Mohammed bin Salman lay the blame for the violence against the unarmed Palestinians squarely at their door.[4] He accused them of “provocation” by commenting: “As we have seen from the protest of the last month and even today, those provoking violence are part of the problem and not part of the solution.”[5]

This is yet another in a series of destructive uses of force by the Israeli military which has imposed a land, sea and air blockade on the Gaza strip for over a decade. With Ramadan only days away and Palestine etched onto the hearts of the Muslim Ummah, the killing of further unarmed protestors has the risk of setting the world alight.

“Think not of those who are killed in the Way of Allah as dead. Nay, they are alive, with their Lord, and they have provision.”[6]