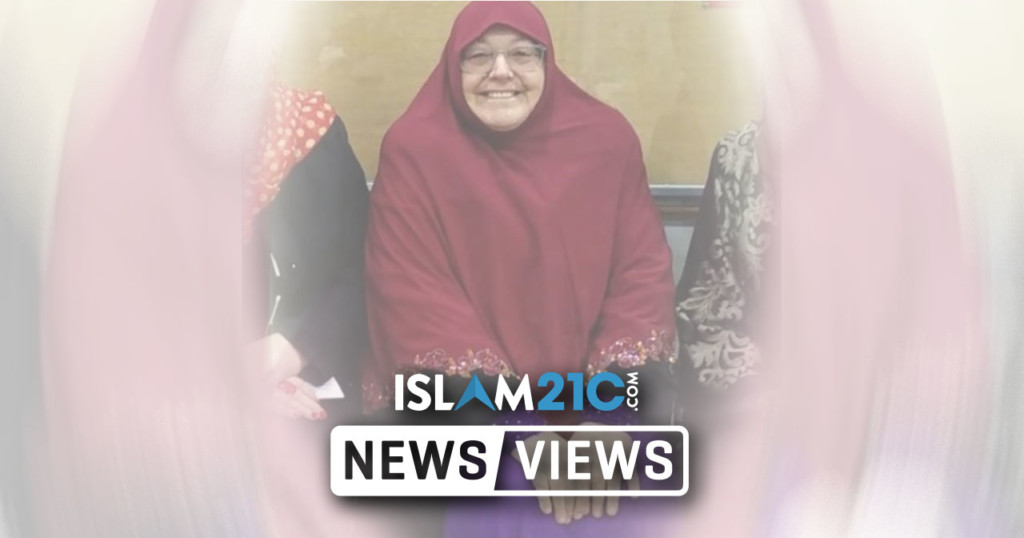 A martyr of the Christchurch terrorist attack had converted to Islam through working with refugees, it has been revealed.

Linda Armstrong, also known as Sister Linda, was shot whilst praying the Friday prayer in the Linwood mosque alongside 49 of her brothers and sisters in the attack on two mosques in Christchurch, New Zealand, last Friday.

“She died as a martyr. This criminal who does this thinks that he has done something bad for them but he’s not right. He does something very good for them,” said Tayeb, a close friend of Linda.[1]

“She was a great, smiling, nice lovely person. She loved all people around the world” he added.

Ms Armstrong had worked with refugees at the Mangere’s Refugee Resettlement Centre in South Auckland and it is through this experience that the 64-year-old martyr decided to revert to Islām.

According to Kyron Gosse, Armstrong’s nephew, Linda had shielded her friend in the mosque with her own body during the terrorist attack and in the process was shot in the chest.

“She was absolutely loved by the Muslim community, where she was given the title ‘Sister Linda’. She was fully integrated in the community, showed up to mosque every Friday and joined in all the religious festivities,” [2] said Tony Gosse, Linda’s younger brother.

“Whenever Linda did anything, she committed to it 100 per cent and Islam was no different” he added.[2]

According to Tayeb, Linda had written in her will that she wished to be buried in accordance with the Islamic burial process.

“We don’t want her to die this way, she has been shot, but we are very happy. She always believed that she would die on Friday, that was her wish. I’m very happy that she got her wish,” [1] Tayeb said of his friend’s wish.

On Friday afternoon, a far-right terrorist massacred 50 Muslim worshippers and injured another 48 as they prepared for Friday prayers at Al Noor Mosque and the Linwood Islamic Centre in Christchurch, New Zealand.

“And never think of those who have been killed in the cause of Allāh as dead. Rather, they are alive with their Lord, receiving provision

They receive good tidings of favour from Allāh and bounty and [of the fact] that Allāh does not allow the reward of believers to be lost” [3].