"Today, it has become commonplace for Hindu supremacists to openly give calls for genocide and rape of Muslims – without any consequences.”
India 19/08/20221 Comment4 Mins ReadBy Dr Izzadeen Chowdhury 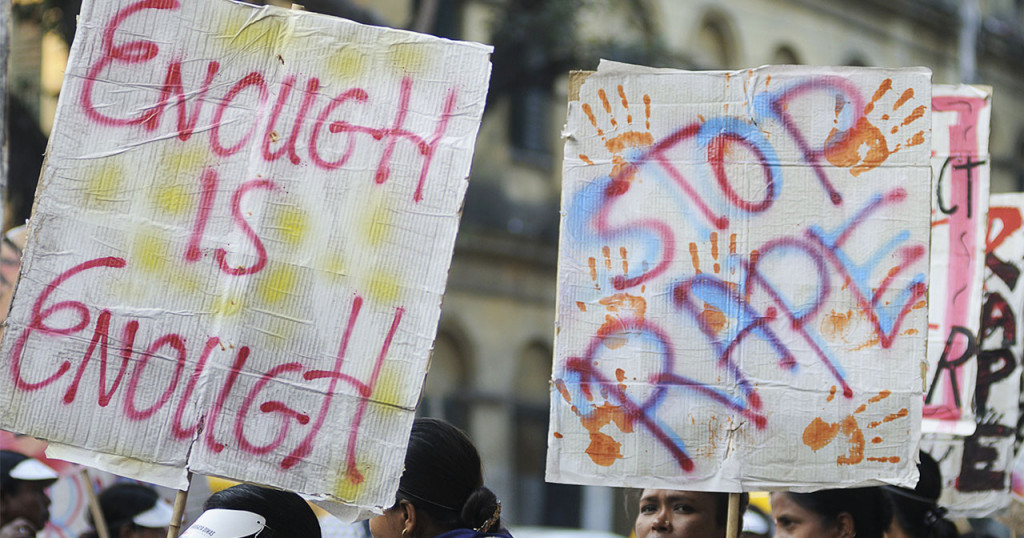 Outrage has spread across India as 11 Hindu men convicted of the gang-rape of a pregnant Muslim woman and murder of 14 members of her family, are freed after only serving 14 years of their life sentences.[1]

Bilkis Bano was just five months pregnant when she was attacked by a mob of Hindu men in 2002 during the anti-Muslim pogrom that swept across the western Indian state of Gujarat. Bano’s three-year-old daughter, Saleha, was wrenched from her arms and killed by smashing her head against the ground.[2]

The Hindu men had first raped and killed Bilkis’ mother, then raped and killed her two sisters and finally turned their attention on her. They took turns in sexually assaulting the pregnant mother, who only survived by playing dead. In all, 14 members of Bano’s family, who was aged just 21 then, were killed by a Hindu mob from a nearby village.

Harsh Mander, author of “Between Memory and Forgetting: Massacre and the Modi Years in Gujarat” wrote in reference to Bilkis’ attackers:

“Among the assailants was the son of a medical practitioner who treated Bilkis Bano’s father and lived right across the street, a man who owned a bangle shop in the village, another who owned a hotel in the neighbourhood where her family resided, and the husband of an elected member of Gram Panchayat.”[3]

On 27 February 2002 an anti-Muslim pogrom was unleashed on the unarmed Muslims of the Indian state of Gujarat after a train carrying Hindu pilgrims tragically caught fire. The Governor of Gujarat at the time was Narendra Modi. After 58 people died, Modi moved quickly and blamed Pakistan’s intelligence agency (the Inter-Services Intelligence) without any evidence. To further stoke tensions in an already febrile atmosphere, Modi had the charred bodies of the Hindu pilgrims paraded through the main city of Ahmedabad. What followed was predictable: thousands of Muslims were butchered. Mobs of Hindu men dragged mothers and daughters from their homes and raped them. One ring leader, Babu Bajrangi, boasted how he had slit open the womb of a pregnant Muslim woman.[4]

Gujarat, and indeed India, is currently run by the Hindutva nationalist BJP of whom Modi is the leader, and many have said the rapists’ shared ideology has been key to their release.

Videos have emerged on social media showing the release of the 11 convicted rapists and murders being welcomed with sweets and garlands and the touching of their feet – a Hindu custom considered a mark of respect.[5] India has a long and shameful culture of sexual violence against women and this release of the convicted rapists will do nothing to protect or make the women of India feel any safer. Rather it will embolden potential rapists.

“It shames us that the day we should celebrate our freedoms and be proud of our independence [Indian independence day], the women of India instead saw gang-rapists and mass murderers freed as act of State largesse.”[6]

“#IndiaAt75 became a day of shame for India’s women because the ruling BJP chose to make it a day to free Bilkis’s rapists. Today, it has become commonplace for Hindu supremacists to openly give calls for genocide and rape of Muslims – without any consequences.”[7]

Commenting on the release of the 11 Hindu rapists, Bano said:

“When I heard that 11 convicted men who devastated my family and life had walked free, I was bereft of words. I am still numb.”

“How can justice for any woman end like this? I trusted the highest courts in our land. I trusted the system, and I was learning slowly to live with my trauma. The release of these convicts has taken from me my peace and shaken my faith in justice.”