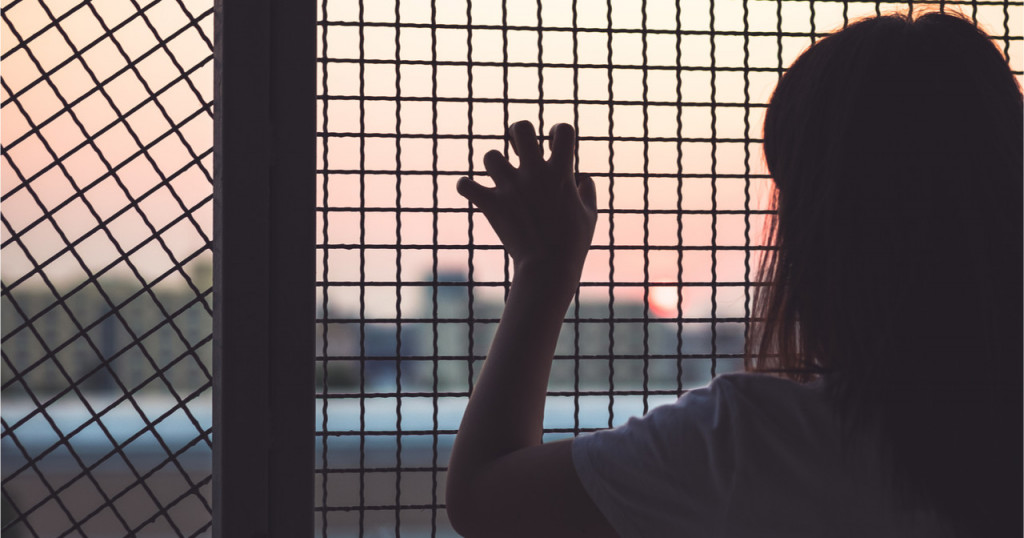 “Despite evidence that British women and girls were trafficked to Syria and Iraq, the Government has failed to recognise them as victims of trafficking and has refused to support their repatriation to the UK. Today, these women and children remain detained in desert prisons in insecure and inhumane conditions which worsen with each passing day.”
—A statement from co-chairs of The All-Party Parliamentary Group (APPG) on Trafficked Britons in Syria. [1]

The APPG on Trafficked Britons in Syria launched a 6-month-long inquiry into human trafficking operations by the so-called Islamic State of Iraq and Syria (ISIS), following evidence of British nationals being groomed and trafficked within ISIS territories. [2] The revealing report acquired evidence from a range of field experts, including legal and anti-trafficking experts, current and former government officials from the UK and its allies, former police and prosecutors, as well as global security advisers.

The report states that today around 20 families remain detained in North-East Syria (NES). According to research by the human rights organisation, Reprieve, 63% of the British women now detained may have been trafficked into or within Syria. At least 44% were coerced by a male partner or relative. Of British detainees not born there, almost half were children at the time of travel to Syria and are therefore likely victims of trafficking.

Some of the key findings reveal that ‘the UK Government’s current policy of non-repatriation exacerbates the volatile and unsustainable situation, notably by increasing the risk of the collapse of detention facilities’. Moreover, The APPG notes that ‘the UK’s closest security allies, including the US, have repeatedly called upon the UK to repatriate all of its nationals from NES in the interests of regional and global security’. Despite this, the UK still currently holds a position that is it ‘unable to repatriate British nationals from NES for ‘security reasons’.

This is undermined by repatriations undertaken by multiple countries including Germany, Belgium, Denmark, Italy, Finland, Netherlands, Sweden and many others. Additionally, according to the UN Syria Commission of Inquiry, from September 2020 to June 2021, at least 322 children and 56 women were repatriated to thirteen different home countries.[3] These worrying stats highlight the fact that the UK’s policies are contradictory to that of their close allies and impose clear injustice upon its own citizens.

The APPG found evidence pertaining to the discriminatory impact policies have on minority communities’ ‘sense of security and belonging within the UK’. The report states that Citizenship deprivations, in particular, have created a tiered system of British citizenship, with ethnic minorities being disproportionately eligible to have their citizenship stripped. Moreover, these powers have been used almost exclusively against Muslims, mainly of South Asian, Middle-Eastern, and African heritage. The detrimental effects of this are found amongst family members of those detained who report feeling like ‘second class citizens’.

“Families reeling from the disappearance of daughters and sisters victimised by Daesh have been treated like criminals and then ignored. The Government has used its powers to deprive citizenship almost exclusively against Muslims, and is now seeking to extend these draconian powers, signalling to Britons from minority communities that their rights can easily be taken away. To break this damaging cycle of alienation, we urgently need to listen to victims and their families – and the only way to do that is to bring British citizens home.”

The report concludes with key reccomendations for the UK government:

These findings are significant within the current discourse surrounding clause 9 of the Nationality and Borders Bill which effectively gave the Home Office the power to remove citizenship from British citizens without any notice.

After mass protests and condemnation from organisations and individuals all over the UK, pressure was put on the government to oppose passing the draconian bill. On the 28th of February the House of Lords voted to remove clause 9, which in practice disproportionately impacted ethnic minority British citizens. This is undoubtedly a positive move in the wider discourse around citizenship deprivation.

🚨BREAKING: The House of Lords has voted to remove clause 9 of the Nationality and Borders Bill.

A good step towards brown people's citizenship meaning something, but MPs must be pushed to follow suit and scrap this racist piece of legislation https://t.co/vFxAVo5tAj

In the past, the UK government has justified stripping women of their citizenship and denying them the right to be repatriated under the assumption that they ‘travelled to Syria of their own volition’, while refusing to assess the clear notions of ‘deception’ and ‘grooming’ which constitutes being trafficked.[4]

As the report states, ‘many of the women deprived of British citizenship whilst in the camps have been left stateless in practice’, and evidence shows decisions to strip someone of their citizenship is frequently made on a blanket basis, without contextual consideration.

This report makes a significant contribution to the discourse around citizenship policies and flaws within the system which thereby manifest in discriminatory and unjust practices.

What you can do now

Visit theyworkforyou.com to quickly and easily message your member of parliament to: