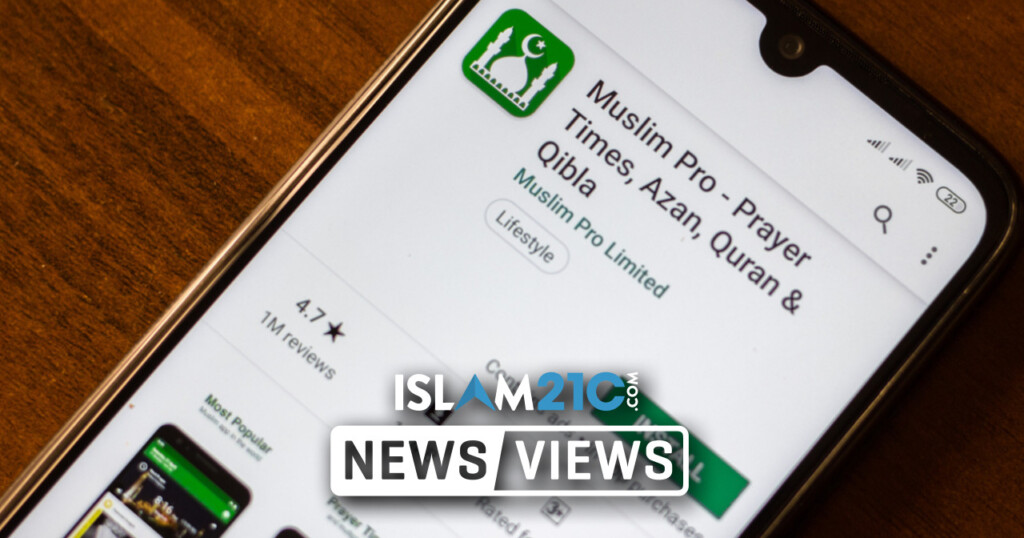 A globally popular Muslim prayer and Qur’ān app has been involved in a recent privacy controversy, involving the location data of nearly 100 million of its users allegedly being sold to the US Military and security firms via a third party.

Muslim Pro boasts on its website that it is “The Most Popular Muslim App!” with 98 million users worldwide. However, according to a report by VICE News, it and several other Muslim-related apps have been selling granular movement data to third parties, which in turn pass on this sensitive private data to the US military.

It is not yet known if Muslim Pro were aware of this or whether it was a breach on the part of third parties. Islam21c has contacted Muslim Pro for comment.

This is wild and unacceptable. Download a Quran/prayer app and end up with your data sold to a counterterrorism unit of the US military.

No Muslim app should be selling data, especially not like this. Wowhttps://t.co/afQRVm5V7S

Special Operations Command (USSOCOM) – a branch of the US Military primarily focussed on counter-terrorism, counter-insurgency and reconnaissance – purchased software called “Locate X” created by the company Babel Street to obtain location data on individuals. A former Babel Street employee described how Locate X could identify specific users within a desired geographical region, and even though the data is initially anonymous, the former employee claimed ”we could absolutely deanonymize a person”.[1]

In addition to the US Military, US Customs and Border Protection, as well as US Immigration and Customs Enforcement, have also used Locate X.

Motherboard is an online magazine dedicated to technology launched by VICE. According to a report by VICE News published on 16th November, Motherboard used network analysis software on both the Android and iOS versions of the Muslim Pro app. It found that the Muslim Pro app, which Muslims use for prayer times, Qibla direction, and listening to the Qur’ān, was sending granular location data to X-Mode multiple times. According to VICE, the data transfer also included the name of the WIFI network the phone was using, a time-stamp, and details about the phone itself.

Motherboard also found other dating apps, such as Egypt Social and Turkey Social, targeting majority Muslim countries that similarly sent location data to X-mode. In turn, X-mode sold this data onto clients, including US Military contractors. These contractors include the Sierra Nevada Corporation, which builds combat aircraft for the US Air Force and supports Northrop Grumman in the development of cyber and electronic warfare capabilities for the US Army.

Senator Ron Wyden told Motherboard: “In a September call with my office, lawyers for the data broker X-Mode Social confirmed that the company is selling data collected from phones in the United States to U.S. military customers, via defense contractors. Citing non-disclosure agreements, the company refused to identify the specific defense contractors or the specific government agencies buying the data.”[2]

The US Military has benefited from the services of X-Mode, which obtains geo-location data directly from unsuspecting users of apps such as Muslim Pro, which has users across the globe including within the US, UK, Europe, and the Middle and Far East.

Such intelligence, which is notoriously unreliable and easily gamed by bad-faith actors, is often used for drone strikes in Yemen and Somalia, with the result being hundreds of innocent civilians being killed. In 2015, a source informed The Intercept:

“And it isn’t until several months or years later that you all of a sudden realize that the entire time you thought you were going after this really hot target, you wind up realizing it was his mother’s phone the whole time.”[3]

Social commentators have voiced concerns about the breaches of privacy laws (within the Western world at least) and the lack of informed consent gained by such apps. The fact that the majority of the users of these apps are Muslim raises serious questions about a vast, insidious, and pervasive surveillance system targeting the Muslim populations of American and European nations.

Other apps with a Muslim focus include Muslim Mingle, which sends location data to X-Mode and has been downloaded more than 100,000 times.

Many Muslims will feel a sense of betrayal that something as sacred as being informed of the direction and time of prayer has been abused to collect unlawful intelligence to further securitise an already marginalised minority community.

Muslim Pro, a globally popular Muslim prayer and Qur’ān app, has denied allegations that it has been selling the location data of its users to the US Military and security firms via a third party. They issued the following statement: 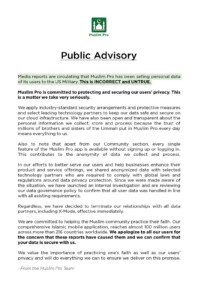