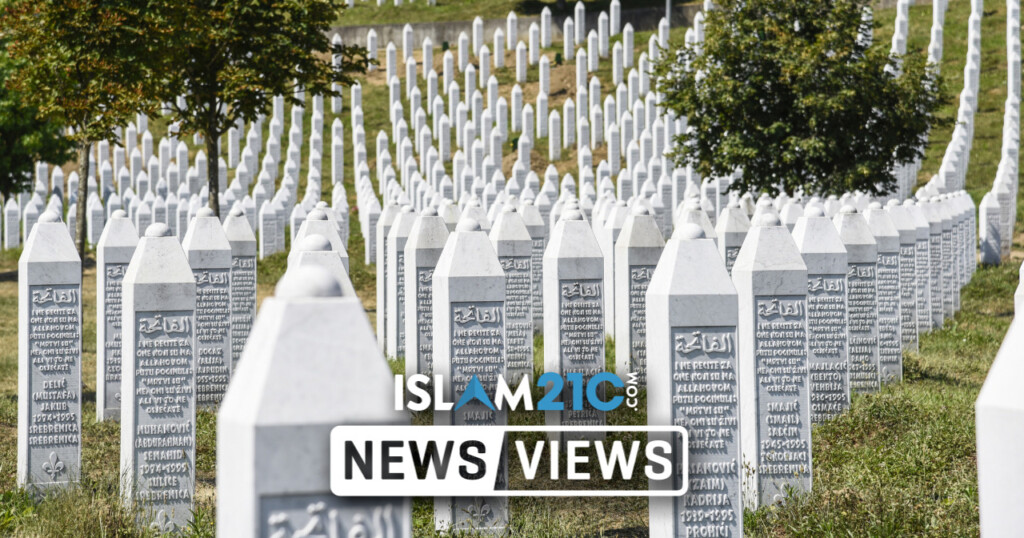 Over 100 Muslim organisations, scholars, academics, journalists, activists and community representatives have written an open letter demanding that Boris Johnson immediately apologises for his comments in an article and the distress that they have caused. [1]

The British Prime Minister has made the headlines yet again for all the wrong reasons after comments he wrote in the past were unearthed.

In the week of events commemorating the 25th anniversary of the Srebrenica massacre in Bosnia, journalist Iggy Ostanin had discovered comments made by the British Prime Minister before the turn of the century when he was a political columnist for The Spectator.

Exclusive: I discovered a Boris Johnson article from 1997 where he wrote, “All right, I say, the fate of Srebrenica was appalling. But they weren't exactly angels, these Muslims.”

Over 8,000 Bosnian Muslims were killed in the 1995 Srebrenica genocide, many as young as 12. pic.twitter.com/spTpOJySu4

In an article published in The Daily Telegraph in 1997, two years after the Srebrenica genocide, PM Johnson penned an inexcusable comment as a response to Nicaraguan actress and human rights activist Bianca Jagger, who wrote a detailed paper calling out Western countries for collaborating in the Bosnian Serb atrocities against Muslims.

Johnson’s exact words were as follows:

“All right, I say, the fate of the Srebrenica was appalling. But they weren’t exactly angels, these Muslims.”[2]

Srebrenica saw a harrowing genocide of more than 8,000 Bosnian Muslims from 7 to 70 years old at the hands of Serbia’s brutal military.[3] Serbia’s forces systematically murdered innocent men and boys in less than two weeks. Women were raped, children were killed in front of their parents, and bodies bulldozed into mass graves.

On July 11th, 1995, three years into the Bosnian civil war, Serb militants, led by General Ratko Mladić, entered the town of Srebrenica after it was declared a UN Safe Zone. The militants were ‘protected’ by a lightly armed Dutch peacekeeping force of around 600 troops, commissioned by the UN. Whether it was incapable, unwilling, or complicit, the UN sanctioned Serb militants to enter the demilitarised ‘safe-haven’ and embark on premeditated mass murder aided by the international community’s indifference.

The Srebrenica genocide is still considered the largest massacre on European soil since World War II. In addition to the mass murder, over 20,000 civilians were expelled from the area.

Despite his comments on this recent failure of humanity, Johnson has been slammed for his spineless leadership of blaming the victims amidst the barbaric events.

Although it cannot make up for the pain his ill-fated comments have had towards the bereaved mourning the death of their loved ones, a petition was created calling for an urgent and unreserved response by Johnson, who has never apologised for such comments before nor given any explanation of his statements.

The open letter signed by over 100 Muslim organisations and community representatives urged PM Johnson to apologise, arguing that attending events commemorating Srebrenica “without reflection on your previous comments is an insult to the victims and their families”. [4]

In response to the open letter, Downing Street said: “This quote is clearly taken out of context.

“The prime minister has, over the last 25 years, consistently condemned the Srebrenica genocide as one of the worst crimes in history.”

In another open letter 30 members of Parliament also called upon the PM to urgently apologise for his comments regarding the Srebrenica genocide.

Labour’s Tony Lloyd said there can be “no excuse for in any way blaming the victims of a genocide for its perpetration”. However, Downing Street said the comments had been supposedly “taken out of context”.

On the 25th anniversary of the Srebrenica massacre, we speak to Dr Uthman Lateef and Moazzam Begg about the history of the region amidst the Bosnian war, its repercussions on Jihad in the modern era, the imprisonment of Tauqir ‘Tox’ Sharif, the warring of factions that cause disunity, and much, much more.