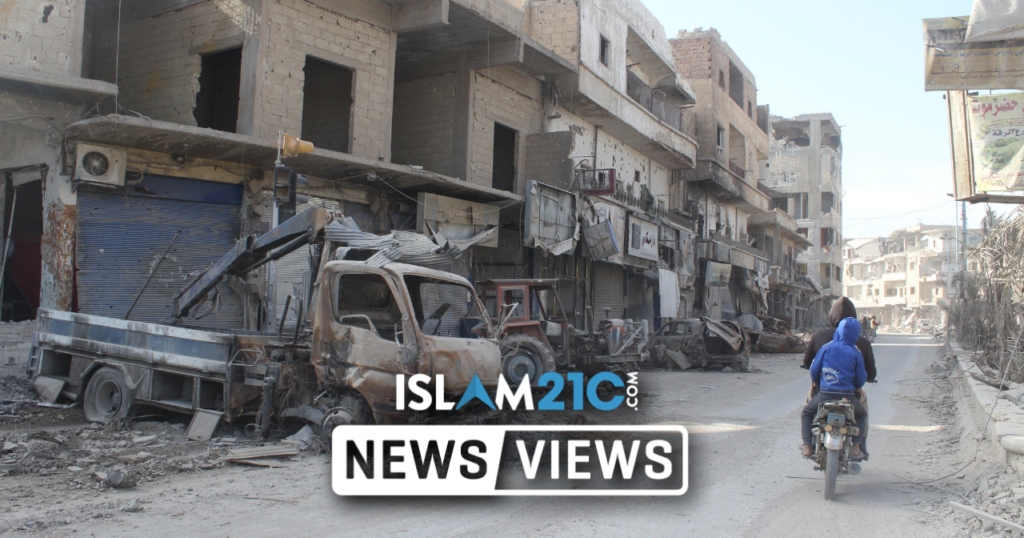 Russian-led air strikes in northwest Syria have resulted in the killing of at least 18 people. A major regime offensive is currently taking place to clear out any opposition groups.

According to residents and rescuers, rebels in the region have sent tens of thousands of people fleeing towards the border with Turkey.

In the rural village of Kfar Taal west of regime-controlled Aleppo, a family of eight including six children have been killed. A relative of the family murdered, Abu Yasser, 71, said: “God take revenge on all tyrants. There is no one else left in my family,”

In addition, four other civilians were killed in the southeast of Idlib province in Maardabseh. Russian and Syrian regime warplanes have also killed at least eight civilians in other areas of Idlib.

Many rural opposition areas in Syria have been heavily targeted since December when the Russian-led military campaign supported by Iranian mercenaries stepped up.

The vicious campaign has resulted in dozens of towns being destroyed and left in ruins, including hospitals and schools which have been knocked down, according to UN aid agencies.

Rami Abdel Rahman, the Observatory chief said: “Over the past three days, the bombardment on Idlib and its surroundings, including in western Aleppo, has been exclusively Russian,”

These fresh casualties come just after a recent report published by Syria’s Response Coordination Group which stated that the regime and its supporter Russia carried out over 300 air strikes in Idlib alone. This resulted in the killing of at least 50 civilians, including women and children.

The Russian Defence Ministry recently declared a ceasefire, however, the regime and its Iranian-backed militias have continued to carry out ground attacks in opposition areas.

Share. Facebook Twitter LinkedIn Email Telegram WhatsApp
Previous ArticleThe US is suffering a legitimacy crisis in the Middle East
Next Article Quranic Community #10 | He Came to Eliminate Your Suffering