UKIP says niqab is banned in Makkah on BBC 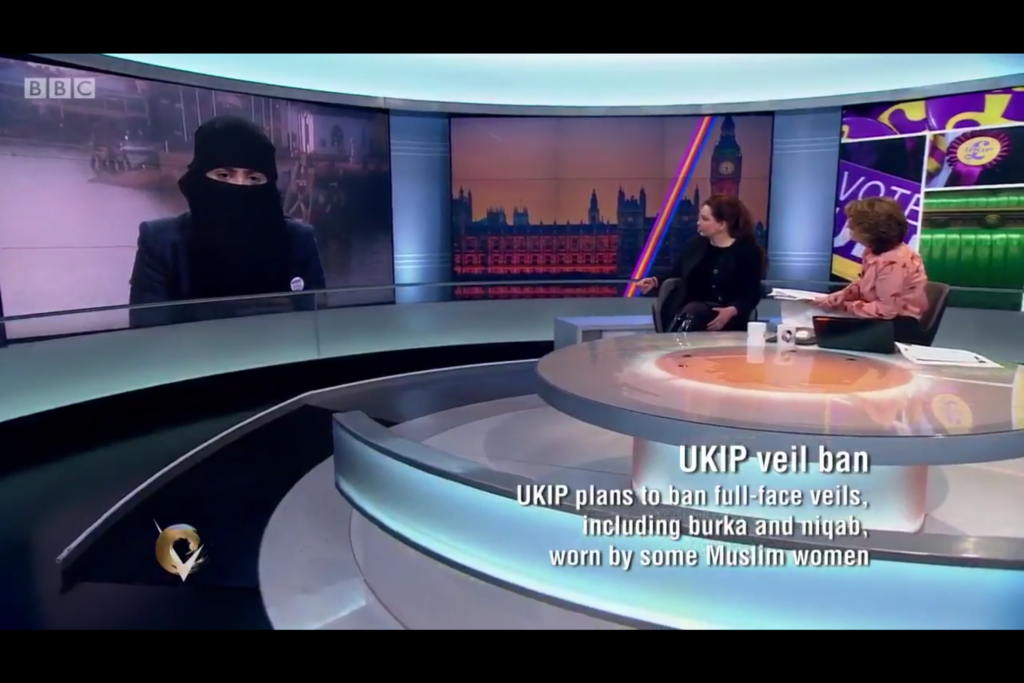 Many people may have been thankful that the usual idiotic demagoguery using Muslims as a political football had been noticeably absent in the general election campaign. That was, until UKIP opened their mouths.

In apparently a desperate attempt to stay in existence—and get mainstream media coverage—UKIP has highlighted that it will take up the mantle of stoking xenophobic fears and hysteria.

They seem to have sifted through the last few decades of UK politics—and the controversial Casey review—and chosen a selection of policies that have propelled them back into existence (and mainstream news media).

Policies range from the perennial niqab-ban suggestion,[1] to a sudden desire to protect vulnerable women and girls from “FGM”, yet linking it somehow to integration and Muslims. Perhaps more worrying for any foreigners is that they have this morning announced a plan for annual “mandatory FGM checks” on “at risk” girls.[2]

She argued the niqab should be banned in public places using the usual rhetoric about security and integration. Perhaps the most embarrassing lie was when she tried to say it was not anti-Muslim since—she claimed—many Muslim societies also have banned the niqab, including “the grand mosque of Mecca”!

Sahar Al-Faifi highlighted the real reason for UKIP bringing up these issues.

“With the rise of Islamophobia and the hostile environment around Muslims, there are politicians making irresponsible comments across the political spectrum not only UKIP. Demonising and scapegoating minorities now suits context that we live, and the easiest target for that is the Muslim woman.”

Remarking on the lack of UKIP’s relevance to actual issues and the distraction of so-called “integration”, she said:

“I am a geneticist, I participate in public life, I campaign for social justice, etc. But what you have is the far right like UKIP trying to distract the public from more important issues like housing, unemployment, jobs for young people, using this piece of fabric that I choose to wear.”