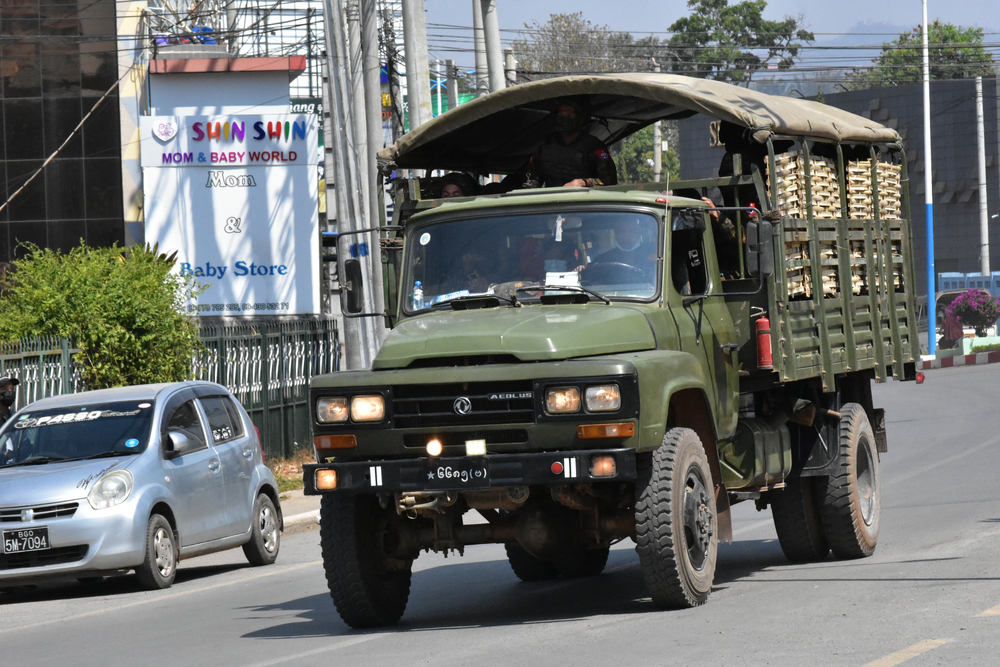 Research carried out by the SAC-M (Special Advisory Council for Myanmar) has found that Western arms companies are directly or indirectly propping up the Myanmar regime with weapons, components, and software. Even Ukraine – heralded by the majority of the world’s media as a peaceful nation that is being oppressed by Russia – is playing its part. [1]

The DDI is Myanmar’s state-owned enterprise that is responsible for the production of military equipment.

Campaigns Co-ordinator at Islam21c, Maira Khan, said of the report and its repercussions,

“The continuous aiding and abetting of suppressive regimes by Western arms companies reveals the double standards of Western nations. It is shocking but not surprising that Ukraine is enabling the persecution of Muslims in Myanmar, while fighting against Russia’s regime.

“The people of Myanmar continue to suffer severe human rights violations without an utterance from the international community, many of whom are signatories to human rights and UN charters.”

The SAC-M report has noted that CIMATRON of ‘Israel’ has provided “CAD/ CAM software for manufacturing, toolmaking and CNC programming applications”. [1]

Moreover, the report cites the Israeli paper Haaretz as stating that Zionist forces have been training the Myanmar army since at least the 1950s to the early 1980s. [2]

In addition, firms in the US, South Korea, China, Taiwan, and Japan are all believed to be profiting from business with the DDI. [1]

It is interesting to see that various corporations from countries that have otherwise nonexistent or, at most, fractious diplomatic relationships with one another are working in unison to prop up a despotic and genocidal regime.

While, ordinarily, Taiwanese and Chinese or Russian and American companies would avoid contributing towards a collective project, this report brings the spotlight squarely onto the mutually beneficial arms trade of various countries in the world.

Dr. Yanghee Lee, the international human rights expert and UN Special Rapporteur on the situation in Myanmar, said of the findings,

“Foreign companies are enabling the Myanmar military – one of the world’s worst human rights abusers – to produce many of the weapons it uses to commit daily atrocities against the Myanmar people.

“Foreign companies and their home states have moral and legal responsibilities to ensure their products are not facilitating human rights violations against civilians in Myanmar. Failing to do so makes them complicit in the Myanmar military’s barbaric crimes.” [3]

How is it acceptable that numerous countries around the world are providing equipment and components that the Min Aung Hlaing-led military is likely putting to use against the oppressed Rohingya people, as well as the general population of Myanmar?

The enemy of my enemy is my friend

As the above age-old saying goes, geopolitics is undoubtedly a messy affair, but when will not only Western nations but also Western-oriented states such as Japan, Singapore, India, and others openly admit that they are working directly to harm Muslims?

At least in the top levels of the French government, President Emmanuel Macron, Interior Minister Gerald Darmanin, and others are categorical in their opposition to Islam! [4]

Perhaps other countries should join France in openly admitting to being against Muslims and not merely hiding behind arms companies or – as in the case of Singapore – issuing statements that claim to have no prior knowledge of playing a part in sending equipment to the likes of Myanmar. [5]