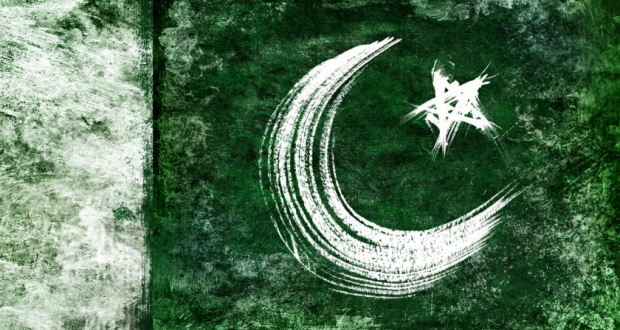 “This is the Islamic Republic of Pakistan,” Rafiq Khan stated. “And you are playing in shorts. Please tell me, is it not possible to play in leggings, and if you can play in that, what is the problem?”

This single question prompted an outburst of criticism on mainstream media channels and went as far as abuse being hurled at the journalist on social media.

News articles derided the question as “regressing “, “irrelevant”, “humiliating” and even “disturbing”.

Whilst on Twitter, Pakistani celebrities heaped on the outrage. Squash player, Noorena Shams, asked if Khan had “ever bothered to ask when money is stolen?”. TV host, Anoushey Ashraf, blasted the question as “cringe worthy” whilst referencing the Quran that “there is no compulsion in religion”.

Other comments called for Khan to be sacked and banned from reporting.

It is noteworthy that those hurling harsh criticism seem to overlook the double-standards of their stance. They call for women to be given the “freedom” to wear whatever they like, but at the same time, they attempt to take away the freedom for others to even question it.

Whereas the Islamic position implies the reverse: it is not permitted for men or women to expose such parts of their bodies (‘awrah), and we are all commanded to enjoin what is right and forbid what is wrong. There ought to be more journalists like Rafiq Khan, who have the courage to speak out about un-Islamic practises being adopted and normalised in Muslim lands.

It is also remarkable how the unfortunate decline of Islamic norms—including dress codes—in Muslim lands such as Pakistan have occurred so rapidly. Only a single generation ago, such revealing outfits would be regarded as “embarrassing”, “regressing” and “disturbing”. Now, only a few years later, the very same clothing has been embraced to such an extent that these very words are being used for merely questioning it.

This remark suggests that Muslim women exposing their legs is progressive. Does that imply covering legs is regressive? This mindset is arguably more troubling than the issue itself. These comments are even more nonsensical when we consider that other players such as those from the Maldives women football team adopt a full body kit and manage to compete at an international level.

To frame this debate as an argument on progression, completely disregards the problem that is being brought up. When did subverting Islam, and Allah’s command equate to being progressive? Modesty is not a question of being free it’s a question of being committed to one’s values. Both men and women have awrah that they must cover themselves according to Allah’s command, to safeguard us all from the absolute chaos that has become of lands and societies that lack such values.

It is not about restricting one’s rights, or specifically women’s rights, it is about following the guidelines given to us so we can stay upon the right path and so we can protect ourselves from sin. Both men and women have restrictions, believing that subverting them is a sign of ‘progression’ is nothing more than falling into the deception of the shayātīn.

We should take pride in following Islam; we should not see Allah’s commands as burdens but as wisdom that is there to protect us. Dressing in a manner outside of what has been declared halal may seem appealing, but it is nothing more than a dangerous desire. This life is a test, and it is easy to be distracted and forget, but we must try our hardest to remind ourselves of why we are here and what our purpose is. And in those moments of weakness, we should turn to Allah and ask for forgiveness and guidance, for Allah says in Surah al-Zumar: